It's not 'if' but 'how' Christians should participate in politics 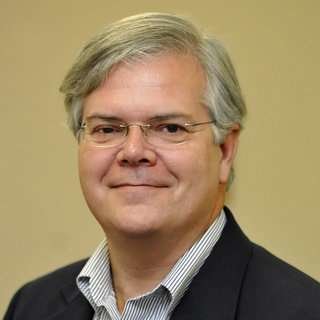 This is an election year.  If you didn’t know that already, you’re probably just now waking up from a very long nap.  Indeed, before long you may be wishing it wasn’t an election year!

During election seasons it becomes common for some Christians to discuss whether it is appropriate for them to participate in politics.  To my mind, this is relatively simple to resolve.  After all, Jesus himself instructed us to “[r]ender to Caesar the things that are Caesar’s, and to God the things that are God’s” (Matthew 22: 21; Mark 12: 17; Luke 20: 25).  While He said this within the context of an attempt to trap Him over payment of taxes, I believe it has a broader application: it teaches us that we should respect the duties we have as earthly citizens.  Indeed, if we are to be salt and light to the world (Matthew 5), how we participate in politics can be a vital part of our witness.

Most of those among us who do actually make it to this question don’t fully understand it.  This is evidenced by the fact that we almost always interpret it simply as another way of asking whether we support the “right” political party.  Sadly, asking the question in this very narrow way is little different from never bothering to ask it at all!  Properly understood, the question is about far more than that.

Allow me to offer an illustration that I hope will be helpful.  As a professor at a Baptist college, I sign a teaching contract that says – in so many words – I can lose my job if I engage in certain behaviors.  One of these is drinking alcohol in a public setting where I can be observed by others, especially students.  Before going any further, perhaps I should stress that I am a tee-totaling Baptist and have absolutely no problem with this!  At any rate, the point isn’t that something like this is in my contract; the point is why something like this is in my contract.

Of course, you already know the answer.  Engaging in behaviors like this can undermine my credibility as a teacher and – more importantly – my Christian witness.  Since non-believers cannot separate the credibility of the gospel from our credibility as its messengers, this is profoundly important!  Indeed, I believe that many of Paul’s writings regarding personal conduct can be reduced to this very simple theme:  Whatever you do, don't behave in such a way that your conduct damages the gospel or gives anyone an excuse to reject it.

Generally speaking, most of us don’t have much trouble understanding this concept or its importance.  However, many of us appear to struggle with applying it to how we do politics.  This is a fundamental failure of discipleship on our part, in that – while we are very conscious of the connection between personal discipleship and a variety of other things – we never expand the boundaries of our discipleship far enough to encompass our politics.  Again, that’s because we don’t ever get past our focus on supporting the “right” political party.  Thus, we never bother to ask ourselves what our partisanship looks like to non-believers.  The answer is very sobering.

Research in the field of political science has long explored the effects of identifying with a political party on behavior.  Generally speaking, partisanship has become the lens through which most people look at the world.  It has been well documented that people don’t choose their political party based on which best matches their issue positions; they change their issue positions to match their preferred party.  Further, people commonly update their issue positions to be sure they disagree with leaders of the “other” party.  Perhaps even more damaging is the fact that most of us deliberately choose only sources of information that reinforce what we already think.  In other words, we pick a team first, then everything else flows from that.

More recently, something very troubling has appeared.  Research now tells us that people who do not identify as Republican have become more hostile to religion and that this has happened because – based on their observations of us  – Evangelical equals Republican.  Let me be very clear here: I am by no means suggesting that there is something wrong with being Republican (I hope not, as I consider myself a Republican and have held various offices within the party!).  Further, I am certainly not suggesting that we shouldn’t support faith-consistent positions on issues such as abortion and same-sex marriage (although we simply must be far more conscious of the faith dimensions of any number of other issues, but that’s a discussion for another time).  However, the fact that non-believers have come to identify us primarily for our partisanship – when Jesus taught us that we should be known by our love (John 13: 35) - is something that should prompt some very prayerful self-examination and soul searching on our part.

A good place to begin that examination is to think seriously about how we came to this point.  Simply put, we got here because – for far too long now – we have listened far too much to the politicians.  One of their favorite tactics is to try to scare us into supporting them, and we have swallowed every inch of it.  Without even realizing it, we let them convince us that political activism is the way to change society.  That was a catastrophic mistake, especially in light of the fact that we already have the most powerful force for changing societies ever set loose on this planet.  It’s called the gospel.

If we had ever bothered to actually think about it (never one of our strong suits, unfortunately), we would have realized what was happening long ago.  The politicians have a very simple goal: getting elected.  As a means of advancing this goal, they always talk about every issue in such a way that electing them is the solution to the problem.  The fact that they do that isn’t what got us in our current mess, though; what got us in this mess is that we fell for it.  Few things exasperate me more than hearing Christians proclaim with one breath how they believe God is still on His throne, then bemoan with their next breath how the outcome of the last election has our society in such a mess.  May it never be!  Those two things are so completely contradictory that it is simply not possible to simultaneously believe them both.  To truly believe that God is still on His throne is to understand that nothing ever depends on the outcome of an election.  Instead, everything actually depends on the Church being the Church and believers making themselves the hands and feet of Jesus.

So how do we start our long journey back?  The burden of my heart is that we begin by pouring ourselves in prayer over I Corinthians 9: 19-22, which culminates with Paul saying this:  I have become all things to all people so that by all possible means I might save some.  This reflects the absolute primacy Paul placed on spreading the gospel and his understanding that doing so must be built on seeking to establish relationships and common ground with all people.  Sadly, our emphasis on political activism has led us to a very different place, one in which we focus almost exclusively on the things that divide us.  Thus, we have come to see non-believers not so much as precious souls in desperate need of salvation but instead as political adversaries who must be defeated in the next election.  As long as this remains the lens though which we view the world around us, our lack of progress in advancing the gospel should not be at all surprising.

Perhaps we can look to the 1992 presidential election for a useful lesson.  On their way to victory that year, Bill Clinton’s campaign staff famously displayed a banner at their headquarters.  It was there to constantly remind them of the importance of remaining focused on what they believed would make the difference between success and failure.  The key point was crystalized in a now-famous slogan: It’s the economy, stupid.  Maybe the time has come for us Evangelicals to display our own banner.  Ours should read simply: It’s the gospel, stupid.

Dr. Rick Crawford is an Associate Professor of Political Science at Shorter University.

Ministering to ministers: Retired homebuilder Gary Thrash is ‘that kind of friend’ to pastors