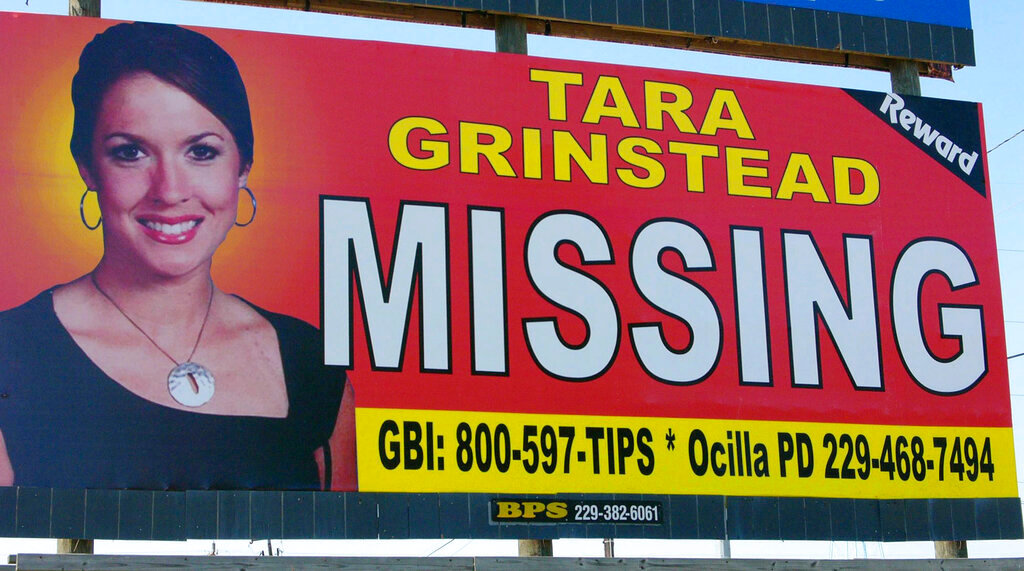 OCILLA, Ga. (AP) — A Georgia man was sentenced to 10 years in prison Monday for hiding the death of a popular high school teacher whose disappearance baffled family, friends and investigators in her rural hometown for more than a decade.

Ryan Alexander Duke was sentenced in Irwin County Superior Court just three days after a jury acquitted him of murder in the 2005 death of Tara Grinstead. Duke testified that he gave investigators a false confession after a friend killed Grinstead. He was convicted only of concealing her death.

The 10-year sentence imposed by Judge Bill Reinhardt was the maximum punishment allowed. Duke has already served about half that time in jail awaiting trial.

A history teacher and former beauty queen, Grinstead vanished at age 30 from her home in Ocilla. Even as years passed, her family held out hope that Grinstead would be found alive until Duke told investigators in 2017 that he killed Grinstead and with the help of a friend burned her body to ash.

“Every day, they couldn’t find Tara," Judge Reinhardt told Duke at sentencing. "And it is true that despite whatever your selfish feelings were for not coming forward, you had to the power to stop that pain for years.”

Five years ago, Duke told agents with the Georgia Bureau of Investigation that he had broken into Grinstead's home in October 2005 to steal money for drugs. He saidhe fatally struck Grinstead when she startled him.

But Duke recanted his 2017 confession during his trial, testifying to the jury that he made it up under the influence of drugs and in fear of the real killer — his friend with a similar last name, Bo Dukes.

Prosecutors insisted Duke's confession included details only the killer would know — such as Duke telling investigators he called Grinstead's home from a pay phone after fleeing the house to see if she would answer. When she did not, he said, he returned to find her dead.

“He confessed because he got caught,” Grinstead's sister, Anita Gattis, told the court during Duke's sentencing hearing. “There is nothing sanctimonious about that.”

Investigators also found Duke's DNA on a latex glove found in Grinstead's yard. Still, his testimony sewed enough doubt with the jury that he was acquitted of all charges except for concealing her death.

Duke testified that his friend, Dukes, in 2005 woke him up inside the mobile home they shared and told Duke he had killed Grinstead. He testified that Dukes showed him Grinstead's purse and wallet.

He said they both took Grinstead's body to the pecan orchard and burned it. Investigators later found bone fragments at the site, but said DNA tests seeking to match them to Grinstead were inconclusive.

Dukes was called to the witness stand but declined to answer questions, invoking his Fifth Amendment right against self-incrimination.

Dukes is already serving 25 years in prison after being convicted in 2019 of concealing Grinstead's death, giving false statements to investigators and hindering the apprehension of a criminal.