COMMENTARY: Leon McClung shows us how to embrace the challenges of life 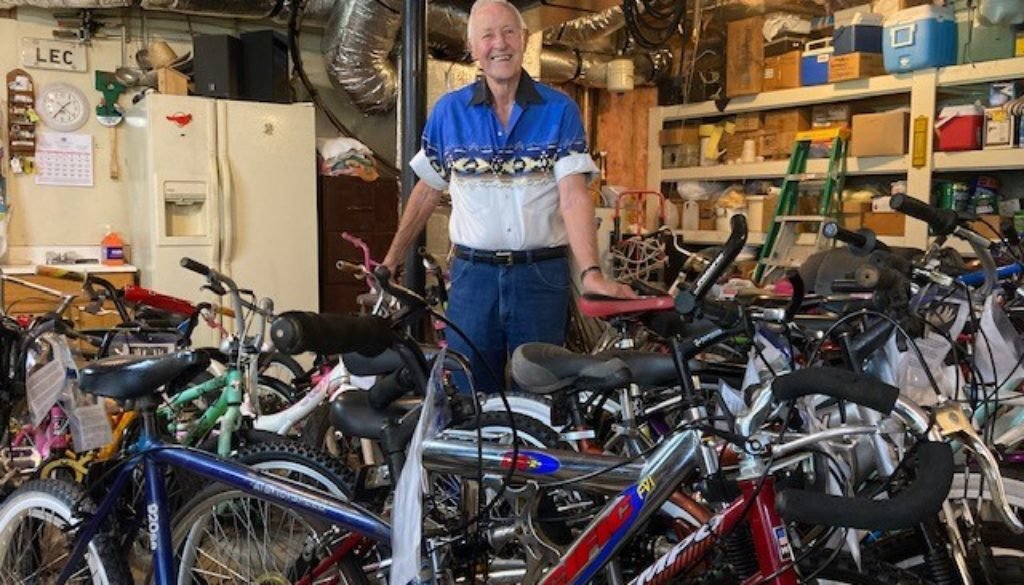 I can’t help but laugh when I think of the old joke about the preacher’s visit with an elderly widow who, upset about losing her dentures, needed to be consoled.

You remember  – the preacher sat on the sofa and nibbled from a dish of peanuts on the end table while he tried to cheer the lady with the latest news about her church friends. Before long he realized he had made a real pig of himself and apologized for having eaten every last one of her peanuts.

She responded: “It’s OK honey. I had already sucked the chocolate off of them.”

You know, many people approach life the way the woman in that old joke approaches chocolate-covered peanuts. They savor the sweet parts and try to avoid the hard parts.

We can learn much from a great hero of the Old Testament named Caleb. He was a Godly man who thrived on challenges. He also was a man’s man who refused to duck, dodge, flinch or back up in the face of adversity. When the Israelites entered the Promised Land and began to divvy up the property, Caleb, as a key leader, could have had any tract he wanted in a country so desirable that it was described as flowing with milk and honey.

But Caleb looked past the fertile flatlands perfect for growing crops. He ignored the expansive vineyards and olive groves. He cast his eyes upon a steep, rugged mountain occupied by huge enemy warriors.

Caleb said, “Give me this mountain.”

I can imagine a determined Caleb, around 80 years old at the time, standing there with his shoulders back, chest out, chin up, hungry for another challenge. The man still had fire in his belly. He still had giants to slay.

All too often, sons and daughters seem convinced these days that 80-year-old parents should be relegated to rockers.

The fact is, some of our best years are our elder years, when we have a lifetime of know-how stored in our noggins.

I thought about this last week when I met 90-year-old Leon McClung, the Bike Man of Winston, Ga. McClung, a member of Mars Hill Baptist Church, spends his weekends scouring yard sales and flea markets for old bicycles to refurbish to give to needy kids. His is a ministry that puts big smiles on little faces.

I followed him out the backdoor of his house, down a very long and very steep set of wooden steps. I worried that he might fall, but he maneuvered them like a young man. Then, I followed him into his basement where he had what looked like hundreds of bicycles and bicycle parts. He keeps himself busy assembling, painting, polishing and giving away those bikes. It's not just good for the people he gives them to; it's also good for him.

You see, Leon lost his beloved wife to Alzheimer's, and he misses her terribly. Photos in his living room show a happy, loving couple as they made their way through the sweet part of life together. Now, he's faced with the hard part. So, what does he do? He leans into it, staying busy buying and refurbishing those bicycles. Doing his part to make life sweeter for others.

Leon understands that, at 90, he still has a lot to give. He's not satisfied living life in a recliner, waiting for Jeopardy and Wheel of Fortune to come on the TV. Leon, like Caleb of old, knows the value of a challenge.

That’s why I really appreciate Leon. People in their senior years can learn a lot from him.

That's also why I really appreciate Caleb. He teaches all of us an important lesson in life about the value of challenges.

What was the secret to Caleb’s can-do attitude? The Bible tells us he wholly trusted God, and that allowed him to press ahead with an assurance that’s unknown to most people in the world.

Sure, we can live life like the lady with her chocolate-covered peanuts and savor only the sweet part. Or, we can be like Caleb and Leon, square our shoulders back, and lean into the challenge of the hard part.