COMMENTARY: Say “no” to gambling expansion in Georgia 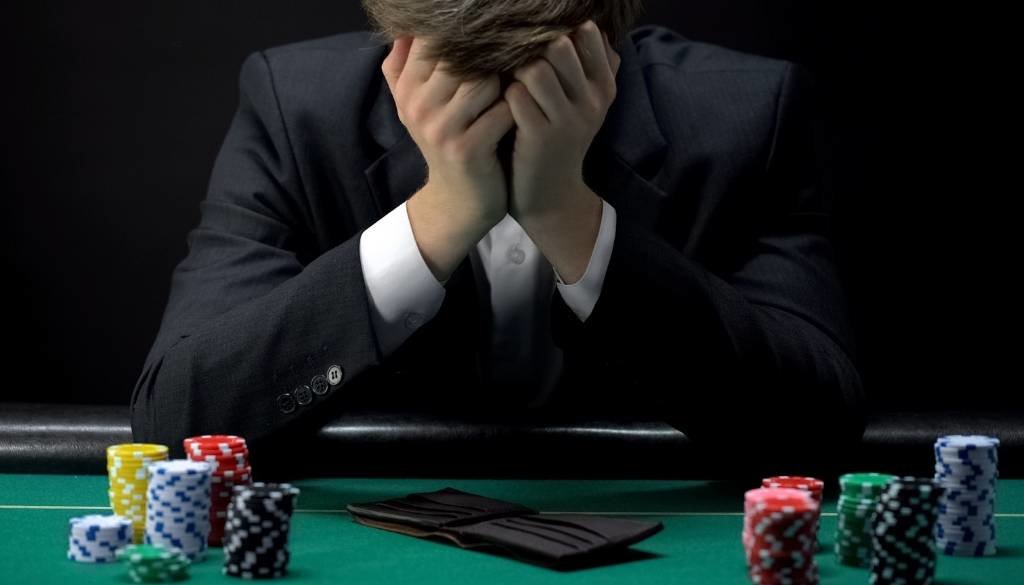 For the seventh year in a row, we have had to deal with legislation seeking to expand gambling in the state of Georgia. During this year’s 2021 legislative session, we had 11 bills dealing with gambling expansion or promotion. The legislation dealt primarily with casinos, pari-mutuel betting on horses, online sports betting, and COAM (Coin Operated Amusement Machines) Revision. See the Legislative Gambling Wrap-up: https://vimeo.com/555670665

While all four of these types of legislation where introduced, the primary emphasis was on sports betting. We are happy to report that while online sports betting legislation (SR 135/SB 142 by Senator Jeff Mullis) did pass the Senate, it did not receive a hearing or any consideration in the House.

The House did pass legislation (HB 86 by Representative Ron Stephens) out of one of the committees and Rules Committee regarding sports gambling as a statute. As a statute, this meant the legislation was not a constitutional amendment and it would be added to the Lottery Commission as a part of their oversight. This bill never came up for a vote in the House. See the handout on “Sports Gambling Dangers”: https://gabaptist.egnyte.com/dl/DTpe6TXkog/ and the Christian Index Article “Know the false reasons given for legalizing sports betting” https://christianindex.org/know-the-false-reasons-given-for-legalizing-sports-betting/ .

As we think about these various forms of gambling, I want to give you four facts that explain why we should say NO to gambling expansion in Georgia.

Here’s what I mean: Gambling is simply not the benefit that those who promote it say that it is! Let me give you some examples.

Studies have also shown that for every dollar raised in tax revenue from gambling proceeds, it then costs another $3 in social expense. See this economic study. This is money that costs the government and, ultimately, the taxpayer.

One of the key arguments for legalizing sports betting is that it will alleviate problems from illegal activities. And yet, increasing the legalization of more gambling just magnifies social problems. It would be like putting gas instead water on a fire:  It would just make the fire worse!

In Tennessee alone “new data shows that more people are struggling with addiction. The Tennessee REDLINE, a 24/7 hotline for recovery, saw a 38% increase in calls when comparing last January to this January. For gambling addiction, which includes newly launched online sports betting, there was a whopping 847% increase between January 2020 and January 2021.” https://www.wbir.com/article/sports/addiction-hotline-sees-concerning-increase-in-calls-for-gambling-sports-betting-help/51-6d7f4a25-6e1e-47f4-99c8-b86540599deb This increase is also true in Michigan https://www.lansingstatejournal.com/story/news/2021/04/28/calls-michigan-gambling-helpline-up-online-sports-betting/4852729001/ .

We cannot allow the perfect to become the enemy of the good. Being unable to prevent an immoral or dangerous activity 100% of the time does not mean that we should allow the activity to continue, especially an activity that causes such harm and destruction to families and children as gambling does.

Again, we are reminded that for every dollar raised in tax revenue from gambling, costs another $3 in social expense. With all that is going wrong regarding social ills today, we cannot afford to have more. Taxes will have to be raised to cover the expense of raising more taxes through legalizing more social ills!

In other words, when elected officials and gambling lobbyists say we will just let the informed and educated public settle this issue (for example) in a casino referendum campaign, don’t believe it! Studies have shown that when referendums are put before the people for a vote, the proponents will outspend the opponents by a whopping margin of 250 to 1. How many sitting officials would be reelected if they were outspent 250 to 1?

It is difficult to spread the detriments of gambling expansion to the public when so much more money is spent on advertising the false “glitter and glamor” about the benefits.

I heard about a recent case in Massachusetts where the gambling industry spent almost 15 million to stop a recall of casinos and almost never used the term casinos in their communication! This misinformation is already happening in Georgia where the legislation for casinos has been called “Destination Resorts.”

Don’t believe it when you hear legislators say, “We won’t be the ones legalizing any more gambling in Georgia.” They are the ones who will OK the process for a ballot initiative to be put before the people to vote on! You see, in order for gambling to be expanded in Georgia, it will take a constitutional amendment to be approved by the people.

While this vote may make the legislators look innocent, we must remember that no legislator would allow an amendment to come before the people if they did not think it was something they should possibly choose. This why most constitutional amendments are always approved by the people.

Most citizens believe that if it a particular constitutional amendment was bad, then the legislature would not let them vote for it. Believe it or not, the citizens trust the legislature.

I guarantee you, if it required a constitutional amendment to legalize recreational marijuana or prostitution and a legislator was not for it, he would not allow it to be voted on by the people. This would be a concern, because he would not want it to have a chance of becoming legal.

The legislature should not be like in Pilate when he decided to let the people decide about the crucifixion of Jesus. No matter how much he washed his hands, he still was responsible! So are our legislators if gambling is expanded in Georgia. See video by Ray Newman about gambling and Pilate: https://vimeo.com/channels/publicaffairs/139460805

We are so thankful that all the gambling legislation stalled this year. However, we are concerned that it will be moving again next year. Therefore, it's important that all Georgians remain vigilant and communicate how important it is that NO predatory gambling be expanded in Georgia!

Georgia's Thomas Hammond, other state Baptist leaders, respond to Guidepost report
State-level leaders in the Southern Baptist Convention have expressed strong emotions, including grief  and heartbreak, in the wake of an independent investigation that found the denomination’s Executive Committee tried to cover up instances of sexual abuse. Here are responses from some state Baptist leaders:

Kemp wins Republican primary, will face Abrams this fall
ATLANTA (AP) — Georgia Gov. Brian Kemp won the state’s Republican primary for governor on Tuesday and will face Democrat Stacey Abrams this fall in what will be one of the nation’s most closely watched governor’s races.
© Copyright 2022 The Christian Index | Copyright/Terms of Use
Powered by Creative Circle Media Solutions