69° F
Mostly Clear
The voice of Georgia Baptists since 1822

Do You Need A New Heart? 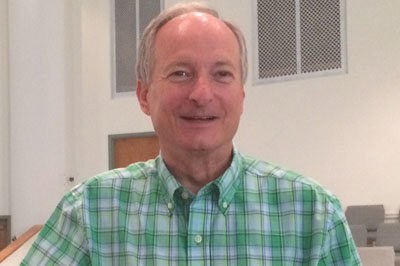 I remember years ago getting my driver’s license renewed and was asked, “Do you want to be an organ donor?”

“I hadn’t thought about it, but I said “YES,” and ever since, my license indicates I’m a donor.

Last year, according to the Organ Procurement and Transplantation Network, at least 34,772 transplant operations took place in the U.S.

That number includes my brother Keith. When he was 21 years old, Keith discovered he was a diabetic. He had been sick with what he thought was flu for several days. His doctor recommended drinking Gatorade because he thought Keith was dehydrated.

That drink shot his blood sugar into the 700s, and he found himself in the hospital with a diagnosis of Type 1 diabetes. He learned to give himself insulin shots and began to live with this condition.

His journey hit some bumps. In 1998, Keith became blind in one eye due to diabetic retinopathy. That eye was repaired, but his other eye went blind. Keith had eight eye surgeries, four on each eye.

Months later, Keith blacked out while driving on the interstate and slammed into a guardrail. He was then put on an insulin pump to regulate his blood glucose levels.

Fast forward 35 years. His organs started wearing out, and in February 2016, his doctors put him on the kidney/pancreas transplant list at Shands Hospital in Gainesville, FL.

The decision was bittersweet since someone would have to lose their organs so Keith would gain his. Keith began kidney dialysis Jan. 5, 2016. His “go bag” was packed for a call that could come any time. In the months to follow, he received two phone calls telling him to be on standby, but only moments later got word they were false alarms.

Until Nov. 29. The call came early in the morning, and he was instructed to report to Shands no later than 2 p.m. They had a kidney and a pancreas. He and his wife Trisa travelled to Shands. There, he was put through a series of pre-op tests and then went into surgery about 9:30 p.m.

One team did the kidney and another replaced the pancreas. The procedure took over six hours and went extremely well. Initially, Keith did well, moving from ICU to Intermediate Care to a regular room in three days.

Rejection is always a danger, and Keith had some issues that concerned the doctors. They opened him back up, rearranged some parts, and liked what they saw. He was finally able to go home on Dec. 16.

However, a CT scan revealed fluid build up. So on Dec. 23, he returned to Shands for a third surgery to wash out fluid, which they discovered was infected. He was discharged Dec. 28, with home health care and powerful IV antibiotics.

He’s now making great progress, has been cleared to drive, and his body seems to be adjusting nicely. He walks around the block every day and is able to attend his Sunday School class at First Baptist Kingsland.

What a trooper he is! And so is his wife. I am so thankful for Trisa staying by his side, caring for his needs, being his advocate, and keeping us informed. She gave strong support, and both were fortified by timely encouragement, visits, and much prayer.

Trisa posted, “I don’t think people realize the impact of kindness ... I have been impressed and awed by the number of people seeing us through this.”

As of January, 74,702 people are on the active waiting list for organ transplants, and there is a tremendous gap between supply and demand.

Keith’s experience is a physical miracle, a true Christmas gift. What about a spiritual miracle? How many need a new heart?

In the Bible, the heart is the seat of our emotions and will, the center of physical, emotional, and intellectual activity. God desires our hearts to be turned towards Him and tuned to Him.

Jeremiah 24:7 reads, “I will give them a heart to know me, that I am the Lord. They will be my people and I will be their God, for they will return to me with all their heart.”

A new heart is evidenced by a radical change of priorities, behavior, and loyalty. When we give God our lives and love Him with all our heart, no longer is our heart divided, but totally fixed on God.