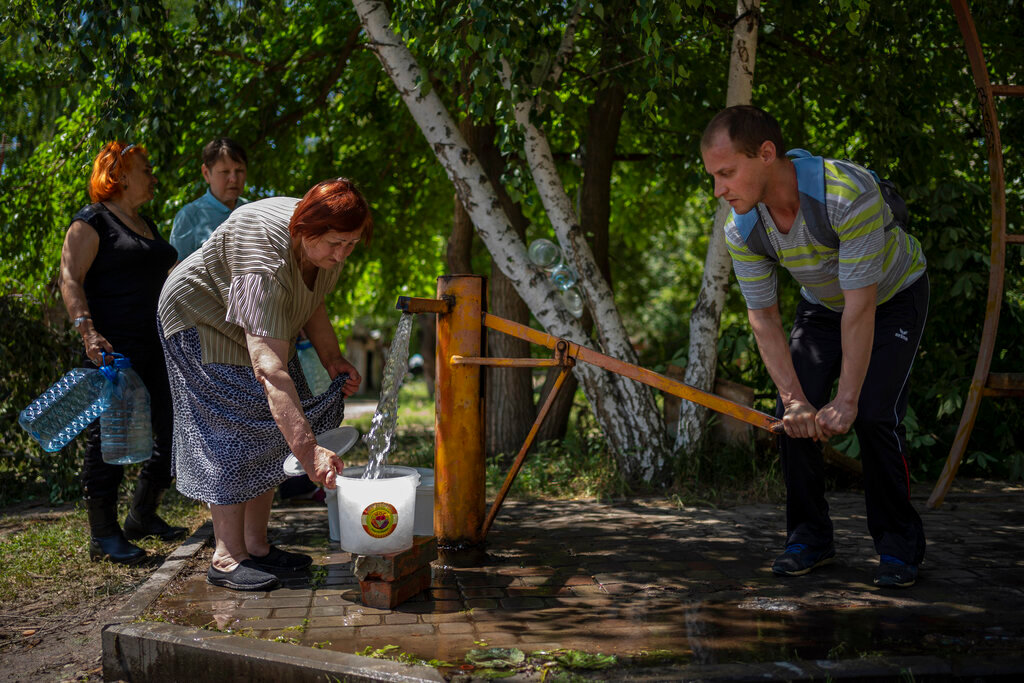 Residents gather to collect water from a pump in the street in Sloviansk, Ukraine, on Thursday, June 2, 2022. (AP Photo/Elena Becatoros) 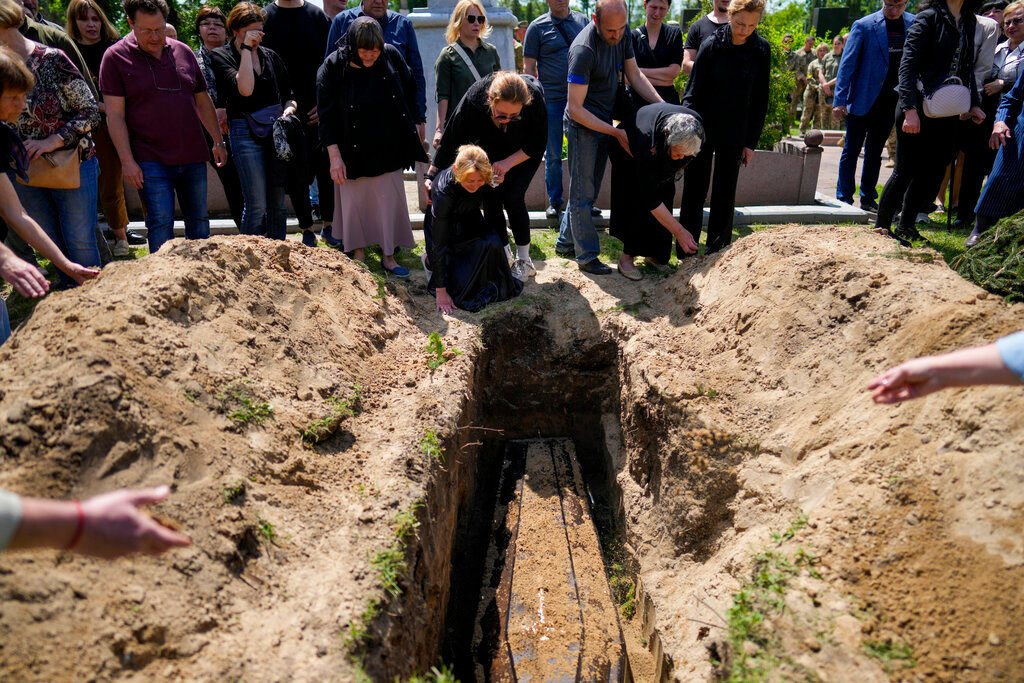 Relatives of Army Col. Oleksander Makhachek mourn during his funeral in Zhytomyr, Ukraine, Friday, June 3, 2022. According to comrades, Makhachek was killed when a shell landed on his position on May 30. (AP Photo/Natacha Pisarenko)
Previous Next
Posted Friday, June 3, 2022 6:10 pm
By ANDREA ROSA and INNA VARENYTSIA, Associated Press

Haidai said Russian forces also pummeled neighboring Lysychansk. Some 20,000 residents remain there — about one-fifth of Lysychansk’s prewar population — even though Russian shelling has shattered 60% of the residential buildings and civilian infrastructure, authorities said. A civilian was killed in the shelling there on Friday, Haidai said.

Russian forces have been trying to encircle Sievierodonetsk and Lysychansk, the only two cities in eastern Ukraine’s Luhansk province not controlled by Russian forces or Moscow-backed separatists. Luhansk and Donetsk provinces make up the Donbas, the eastern industrial region that Russia is intent on capturing.

Britain's Defense Ministry said Russia now controls more than 90% of Luhansk and is likely to take it over completely in the next two weeks.

Mykola Sunhurovsky of the Razumkov Center, a Kyiv-based think tank, said that because of Ukrainian resistance, the Russian offensive in the region has started to slow, and "they have lost too many forces and need a tactical break.”

He said that “time is working in Ukraine’s favor as supplies of Western weapons are increasing, making the Kremlin nervous."

“We have defended Ukraine for 100 days already,” he said. "Victory will be ours!”

Russia struggles to replenish its troops in Ukraine