72° F
Mostly Cloudy
The voice of Georgia Baptists since 1822 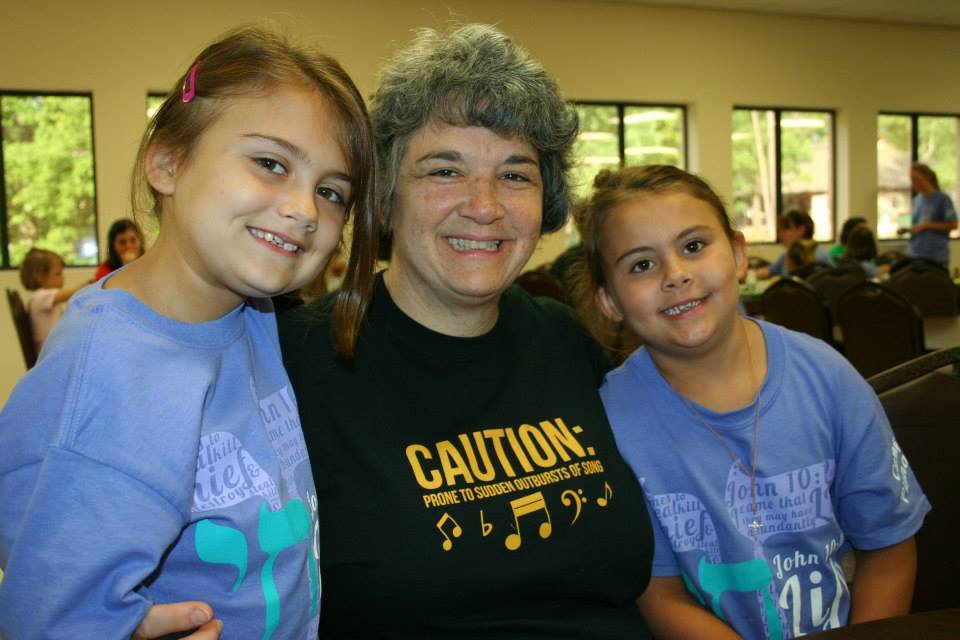 Judy Hayes, center, poses with two campers who happen to be her nieces, Kylie and Laila, at Camp Pinnacle.

Around here, campers know her as Nurse Judy, and for decades she has been faithfully doling out Band-Aids for skinned knees and kind words for homesick hearts as a volunteer at Camp Pinnacle, a girls camp in the mountains of north Georgia.

But the always happy Hayes has become a legend in these parts for her early morning singing, bursting into cabins at the crack of dawn and singing at the top of her lungs.

“Nurse Judy is legendary at Camp Pinnacle,” said Beth Ann Williams, head of women’s ministries at the Georgia Baptist Mission Board. “She is always singing. Through the natural ups and downs of life and working full time as a nurse, Judy remains joyful in the Lord. That joy is evident when you are around her.”

The 60-year-old Hayes, an oncology nurse at Piedmont Hospital in Atlanta, grew up attending Camp Pinnacle each summer, and, as an adult, she has served as a volunteer, juggling her work schedule to be on site as often as possible over the past 40-plus years.

In the early mornings, the Winder resident makes her way from cabin to cabin, room to room, singing the same lyrics again and again:

“Nurse Judy is so engaging and enthusiastic about camp, and campers love her,” said Tabitha Ferrell, director of Camp Pinnacle. “Campers really look up to her and love impersonating her in the Camp Pinnacle Talent Show. Her influence has also inspired campers and camp staff to become nurses and spread the joy of Christ in the medical field.”

Not even hip surgery in 2016 stopped her from making her rounds. She rode a golf cart to each cabin and gingerly made her way inside using a walker.

“As long as the Lord gives me the strength, I’m going to keep on doing it,” Hayes said.

Singing has always been important to Hayes. Her mom, who was a camp counselor in Florida long ago, taught her lots of songs growing up. On her oncology floor at Piedmont Hospital, patients find her beautiful voice comforting.

“I sing hymns for the patients,” she said. “Many times, a patient will be fearful and I’ll sing to them, and you can just see the calmness come over their countenance.”

A nurse since 1983, Hayes became a Christian in 1970 at age nine. Her faith was nurtured at Camp Pinnacle.

“It’s where I truly learned to be still and know that God is God,” she said.

Now a member of Rutledge Baptist Church, Rutledge, Ga., Hayes said a personal struggle caused her to lose the song in her heart briefly in 2007.

“I had to realize that my joy was in the Lord, not in my circumstances, that I didn’t need to wallow in my despair, but that I needed to minister to others,” she said. “God has shown me so much love, and I have to show that love to others. That’s why I sing.”