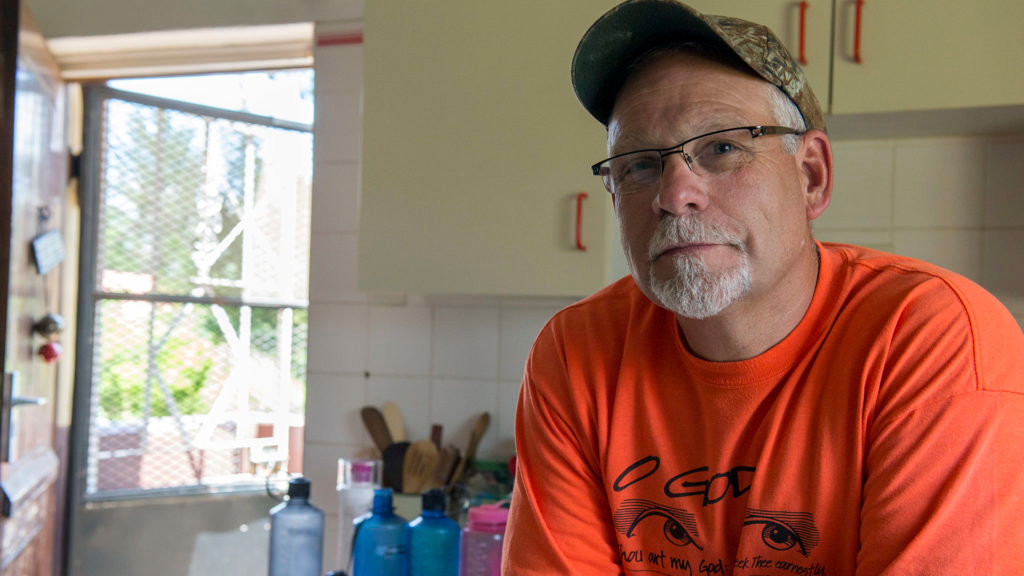 RICHMOND, Va. (BP) – IMB missionary Jim Flora, who served among the Basotho people of Lesotho in Sub-Saharan Africa, died Friday, May 8, 2021 from cancer. He was 63.

“From the pulpits of Missouri to the mountains of Lesotho, Jim was passionate about sharing the Gospel and loved to preach the Good News of Jesus Christ,” IMB President Paul Chitwood said. “While he will be missed around the world, we know that many will stand before the throne of the Lamb one day because of Jim’s witness. May others show the kind of obedience that Jim so faithfully lived.”

Flora and his wife Teresa were appointed as IMB missionaries in 2008. Jim was an active church planter and evangelist, who spent long days in the mountains sharing the Gospel. Often he rode on horseback, as many areas are not accessible by automobiles. Jim preached, while Teresa, a nurse, served the villages using her medical skills. They were actively involved in connecting with partnering churches, praying that each mountain and valley in Lesotho would hear the Gospel.

Friend and colleague Daren Davis spent many hours with Flora, both in his home observing his love for his family, and in the villages of Lesotho where Davis said Flora’s passion for spreading the Gospel was evident to all.

“The only person Jim talked about more than his family was Jesus,” Davis said. “He had a deep passion to make Jesus known among the people living in every village, on every mountain, and in every valley across the Mountain Kingdom of Lesotho.

“His love for the people of Lesotho ran deep, and his hope they would turn to Jesus was contagious and resulted in numerous partners, missionaries and African believers joining him to traverse the valleys, mountains and paths to preach the Gospel.”

Davis recalled hearing about one trip Jim was making on horseback. On the journey, Flora’s horse sat down with him on its back and refused to continue. After Flora had a good laugh, a laugh Davis called “contagious,” he got off his horse and continued walking.

“An exhausted horse wouldn’t stop Jim because there was a village at the end of the trail with people who needed to hear about Jesus,” Davis said.

Flora was remembered by IMB trustees in their quarterly board meeting held last Thursday (May 13) in Richmond, Va., with the following resolution: “Jim Flora, missionary to Sub-Saharan African Peoples, 2008-2021, died May 8, 2021, while in service. The International Mission Board, Southern Baptist Convention, herein expresses deep appreciation for faithful service to God through this board and pledges special prayer support for the family during the days ahead.”

Flora passed away in Missouri, his home state, where he had pastored for many years before going to the mission field.

He is survived by his wife Teresa; sons Jim (Sara Jo), Jason (Kelly) and Josh (Stacy); daughters Grace, Anna and Rebekah; eight grandchildren; and many more family members and friends. The family has announced a Celebration of God’s faithfulness on May 22, 2021, at 2 p.m. at First Baptist Church, Mt Vernon, Mo.