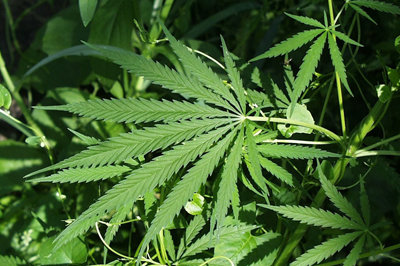 After a failed attempt to get a medical marijuana bill passed in the Georgia General Assembly in 2014, the legalization of marijuana for limited medical purposes was passed by the legislators earlier this year and signed into law by Governor Nathan Deal in April.

Now, there is a growing interest in passing another marijuana bill that would legalize growing the nefarious weed in Georgia. Many of us who opposed the legalization of marijuana for any purpose decided not to fight Representative Allen Peake’s medical marijuana bill, because we were convinced that there would be no attempt to further liberalize any kind of marijuana legislation. We should have known better.

Now we are being told that those who import the marijuana (cannabis oil) into Georgia for medical purposes could face prosecution while passing through other states on their way to Georgia. Please don’t tell me that the advocates of the bill didn’t know that when they got the bill passed in March. Obviously, they knew that, but also knew that adding language to the medical marijuana bill that would permit the growing of the plant in Georgia would jeopardize their chances of getting their legislation passed.

Once the camel gets his nose under the tent, he knows that his chances of getting his whole body inside the tent are much more likely. The backers of this bill apparently believe that a deliberate, step-by-step liberalization of marijuana use and production will aid their cause better than an honest, upfront approach. Their incremental approach to legalizing marijuana use and production is disingenuous at best and dishonest at worst.

The term “Trojan Horse” is familiar to most of us. The term has come to mean any stratagem that invades or undermines a securely-protected bastion, ideology, or mores. Medical marijuana is a Trojan Horse in our society today.

Barrett Duke, vice president for Public Policy and Research for the Ethics and Religious Liberty Commission of the Southern Baptist Convention, has stated that the 2014 legalization of recreational marijuana in Oregon and Alaska actually exposes the strategy of the pro-marijuana crowd.

Duke explained, “They begin by playing on the public’s compassion with medical marijuana, and then follow up with their true agenda – the widespread legalization of recreational marijuana.

“Once a state legalizes medical marijuana, proponents know it’s just a matter of time until they can advance their real agenda. Apparently, it takes about 15 years to desensitize the public enough to the dangers of marijuana to achieve the next step toward full legalization.

According to recent research on medical marijuana it is still listed as a Schedule I substance under the Controlled Substances Act of 1970. This classification, which categorizes the plant by statute alongside heroin, defines cannabis and its dozens of distinct cannabinoids as possessing “a high potential for abuse – no currently accepted medical use, (and) a lack of accepted safety for the use of the drug – under medical supervision.”

The Scientific American proclaims, “Despite its surging popularity, the jury is still out on whether marijuana is truly the panacea its supporters claim it to be.”

The book Marijuana As Medicine? The Science Beyond the Controversy states, “The most heated arguments over medical marijuana do not concern its ability to alleviate patients’ symptoms, but rather its potential danger to individual uses and to society. Marijuana causes physical and psychological injury to individual users.” The book also goes into great lengths to present the potential social harms that could result from legalizing marijuana for medical uses.

Medical professionals on the Physicians Resource Council of Focus on the Family have drawn attention to many of the downsides of marijuana: diminished cognitive function (including concentration, memory, learning and judgment), impaired motor skills, and decrease in motivation, not to mention health problems that may result from the irritating and toxic mix of chemicals that are inhaled when pot is smoked.

Add to all this the fact that marijuana keeps bad company. Marijuana is often referred to as a “gateway drug.” Now of course that doesn’t mean that anyone who tries marijuana is fated to a life of drug use, but research shows that marijuana use in many young people leads to the abuse of alcohol or use of illicit drugs (or the abuse of legal prescription medications).

Bob Allen, news editor of Baptist News Global, writes, “According to Wake Forest Health, the medical use of medical marijuana has been studied for decades, but experts still don’t agree on how safe it is or how well it works. Some medical experts don’t recommend it, because it isn’t approved by the FDA and there are other drugs that don’t harm the lungs or impair a patient’s ability to do things like study or drive a car.”

So, the term “medical marijuana” is a paradox, an oxymoron. Medical marijuana is like “clearly confused,” “deafening silence,” “pretty ugly,” “jumbo shrimp,” “passive aggressive,” or “heavenly devil.” While many medicines have negative side affects, medical marijuana apparently has not been sufficiently researched to determine whether or not the benefits come anywhere close to outweighing the negative consequences.

It should also be noted that the growing of marijuana puts our agricultural department in an untenable position, because of their responsibility to do seed testing and enforce laws concerning approved fertilizers to commercial crops; and since marijuana is illegal, there is no federally approved fertilizer for this crop.

Neither should it be lost on anyone that growing and selling marijuana is a lucrative business. The Huffington Post has reported “In the last year, the rise of the cannabis industry went from an interesting cocktail conversation to being taken seriously as the fastest growing industry in America.”

The Houston Chronicle has predicted the federal legalization of marijuana within the next five years and that one of the driving forces behind that prophecy is the fact that marijuana is a cash crop. The Chronicle explained, “A fair median estimate of the annual revenue generated by marijuana sales in the U.S. is about $40 billion.”

For the Christian this marijuana issue goes much deeper than the questionable value of the drug as a medicine, the agricultural ramifications and the greed of those who will surely profit from its production and sale. The deeper issue is that we as Christians are suppose to know that God expects better from us.

The Bible says that our bodies are the temples of the Holy Spirit (I Cor. 6:19). And in Romans 12 we read, “And do not be conformed to this world, but be ye transformed by the renewing of your mind, so that you may prove what is good, acceptable and perfect will of God.” It is extremely unlikely that the further legalizing of marijuana would be good, acceptable, and perfect.

Duke also stated, “While many states are falling for the lie of marijuana’s harmlessness, the church does not have to be taken in. The Bible’s call to personal purity and sobriety has not changed. We must remain faithful to its call and not be deceived by the culture’s call to personal indulgence.”