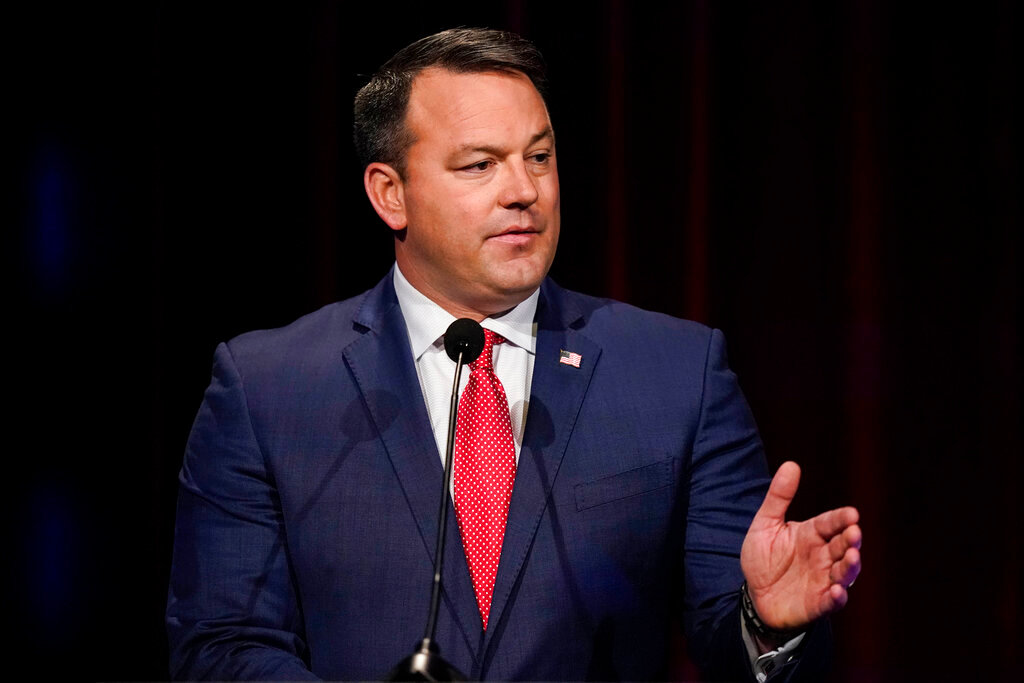 Burt Jones participates in a Republican primary debate for lieutenant governor on May 3, 2022, in Atlanta. (AP Photo/Brynn Anderson, Pool) 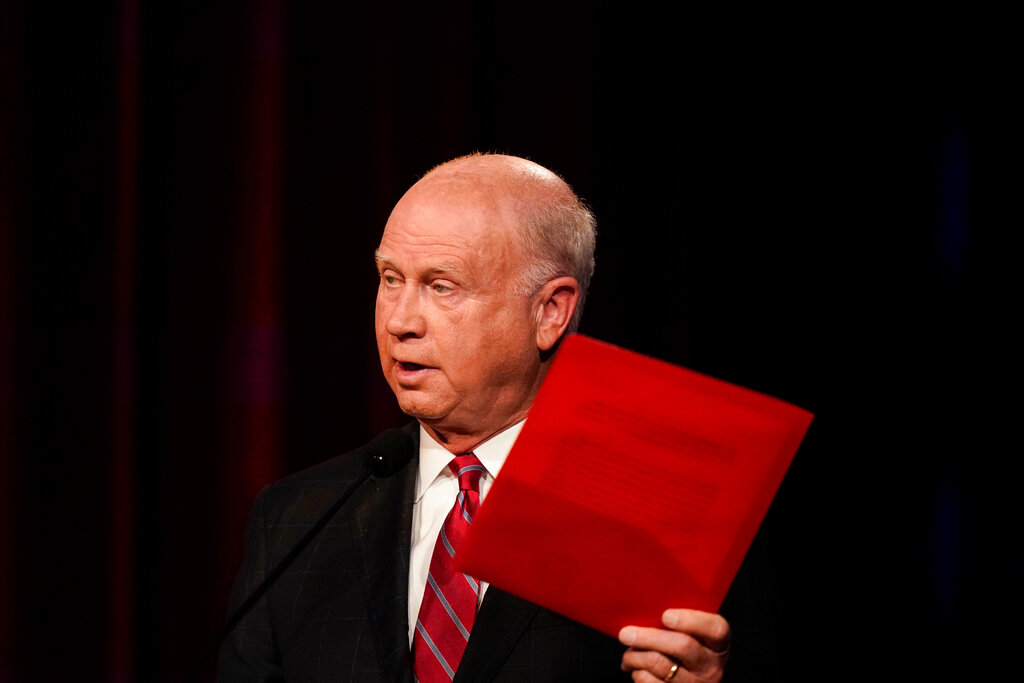 With 99.37% of the votes counted, Jones had received 50.06% of the vote in a four-way race, barely enough to avoid a runoff against Senate President Pro Tempore Butch Miller, R-Gainesville. Miller finished second with 31.14% of the vote.

“What a great and hard-fought win!” Jones said in a statement released Wednesday evening. “While we narrowly avoided a runoff, we won 153 of 159 counties and received over 210,000 more votes than our next closest competitor.

“Now is the time to unite as a party and stand together against whichever Democrat candidate emerges, and I look forward to working with my primary opponents to do that.”

But Miller isn’t throwing in the towel yet. Fewer than 30 minutes after Jones released his statement, Miller said he’s not ready to concede defeat.

“As of now, there are still outstanding votes that have not been counted,” Miller said in a statement. “When the final tally is in, we will know for sure if there is a runoff or not. Until then, any speculation or political posturing is just that.”

Unlike the Republican contest, the Democratic race is definitely headed for a June 21 runoff. Former Atlanta City Councilman Kwanza Hall led the field Tuesday in a crowded primary, with 30.2% of the vote. Finishing second to make the runoff was Charlie Bailey at 17.6%.