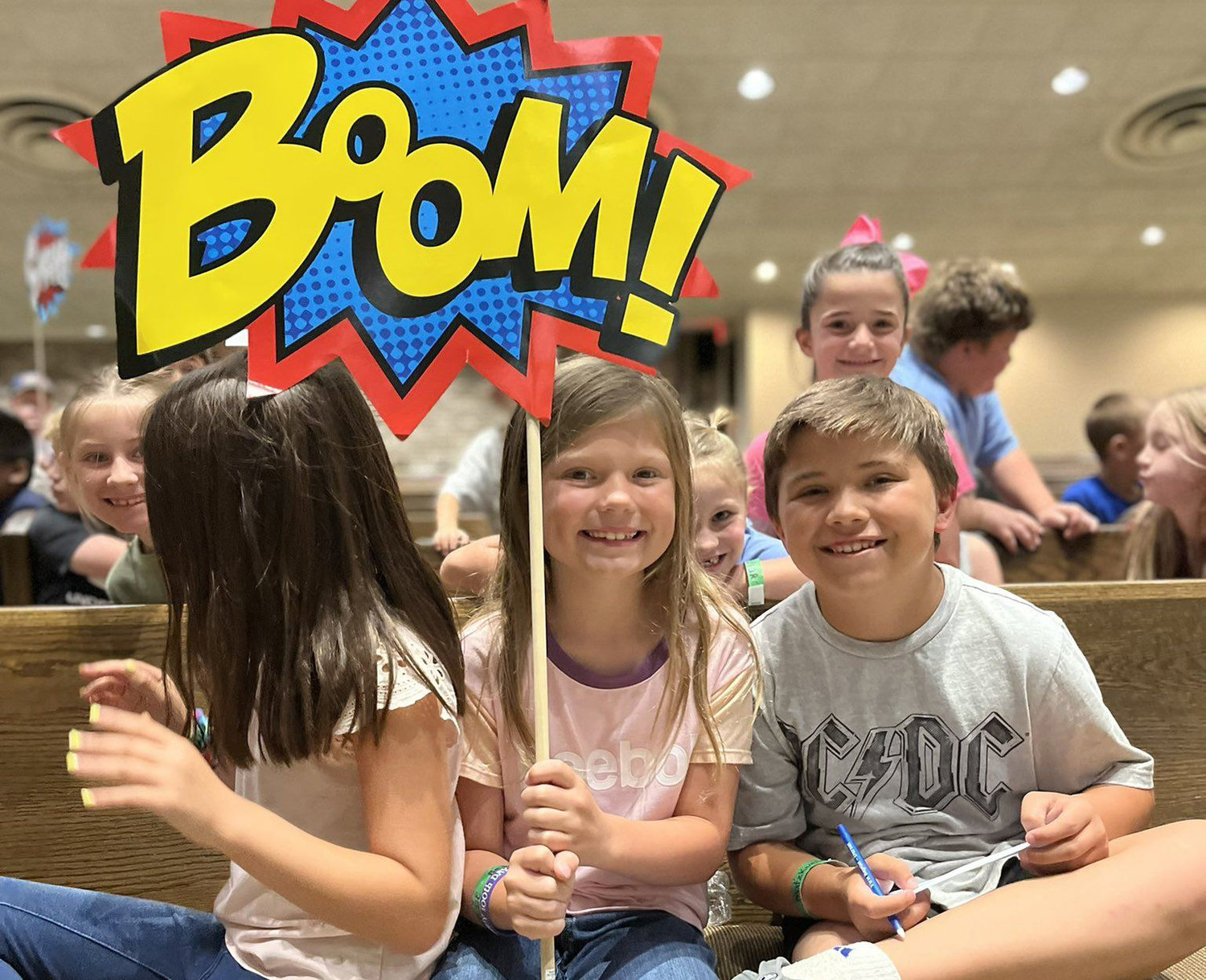 Brad Graves, senior pastor at Ada First Baptist, told Baptist Press the church does a missions offering every year as a part of its week-long VBS.

The church will pick out a person or organization to raise support for and leaders inspires the kids to raise money by making it a contest among the grades.

This year, VBS organizers felt led to raise money for Send Relief, Southern Baptists compassion ministry, specifically for Ukraine relief. Graves said it was amazing to see the kids respond the way they did.

“Ukraine is on the other side of the world, but our kids felt enough empathy and compassion to do something about it and that just blesses my heart,” he said.

Of the 184 kids at VBS, Graves estimates a good majority participated in the fundraising, and the ones who’d just finished sixth grade ultimately took the victory.

He said all the money came in the form of coins and dollar bills, meaning there were no checks for large sums in that $3,300 total.

“I thought this showed ownership and a lot of buy-in from the kids,” Graves said. “I was very encouraged and our people have been very encouraged, so I see that as a win.”

Every year as part of the missions fundraiser, the church will share some detailed information about what the money is for. This year, Graves said this aspect was challenging due to the difficult subject matter of the ongoing conflict in Ukraine.

VBS leaders decided to have a Send Relief contact help them. Their contact, who is currently ministering to displaced people in refugee camps, shared stories of refugee children who had been displaced and how the conflict is affecting them.

“Our goal was to show them that the least of these is not always someone that is unrelatable to them, but sometimes is sometime that’s just like them who is in need in another place in the world,” Graves said.

“I had our next gen and students pastor tell me he believes the kids got excited in their giving because we kept tying it to an eternal life change,” Graves said. “You are giving to someone in need, but also the Gospel will be shared through Send Relief, and so there is an eternal impact.”

Graves said Ada First Baptist has always had a passion for generosity and missions, long before he became the pastor. In fact, renowned Baptist missionary and surgeon Rebekah Naylor grew up at the church.

“I think passion for missions is a part of disciple-making, in that you make disciples and instill in them a passion to take the Gospel across the street and around the world,” Graves said. “This is just a part of building that culture in the church.

“This was sort of like a microcosm of the Cooperative Program. It was a lot of small currency added up to make the total. It is not just one or a few churches making up the full CP, it is 47,000 churches giving amounts that add up to the total.

“I think if you can instill generosity for missions in your kids at VBS in your Southern Baptist Church, then the future of the Cooperative Program is going to be solid and secure.”