Laughing at the things God hates 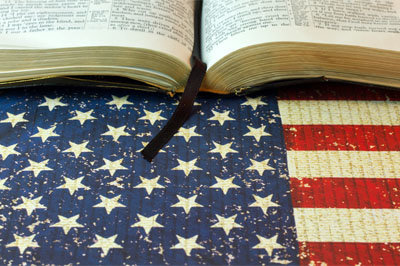 I was at a restaurant with a group of Baptist men several years ago. It was a convivial time of fun and frivolity for the most part, but during the course of the conversation one of the men told a joke that he introduced by saying, “This may be a little risqué, but I think it is all right to tell a group of men.”

Is there a different moral standard for men? It’s like adult movies – if it is wrong for children and teens, is it not also wrong for adults?

He then told a lurid, licentious tale that was most inappropriate for any group, particularly for men who call themselves Christians. I was more than a little concerned that my presence gave him no hesitancy about spinning his impious yarn. The fact that he felt comfortable about telling his story in my presence made me uncomfortable about the strength of my own testimony. The thing that made it worse was that the vast majority of those present laughed uproariously at his coarse and smutty joke.

Has our Christianity become so anemic, so emaciated that we tolerate vulgarity, passively invite lewdness, enjoy obscenities, and laugh at "the things God hates.”

Have we become like the people of Isaiah’s day who called evil good and good evil, and who put darkness for light and light for darkness” (Isaiah 5:20).

In our society of tolerance, sins are more acceptable than in the past. Billy Sunday railed on booze in his day. He said, “I am the sworn, eternal, and uncompromising enemy of the liquor traffic. Whiskey is all right in its place – but its place is hell.”

However, today we have men in the pulpits of America who not only do not speak against this evil, but they indulge in it. In fact, we have substituted the cocktail glass for integrity as the mark of distinction in this land.

Many of those in government have insisted that we cannot legislate morality, and I suppose that is true. But it is also true that those same people have had no hesitancy about legalizing sin.

There was a time when gambling was viewed a one of society’s most immoral acts. It has been said that gambling is a disease of barbarians superficially civilized.

There was a time when Christian families would not allow profanity in their homes. Now the most offensive language has found its way into practically every home in American through our televisions sets and it barely makes us blush anymore.

There was also a time when same-sex marriage was as foreign to our way of life as a monkey preforming a brain transplant, but now it has been legalized and is commonplace.

“Vice is a monster of so frightful mien

As to be hated, needs but to be seen;

Yet seen too oft, familiar with her face,

We first endure, then pity, then embrace.”

Adrian Rogers, former pastor of Bellevue Baptist Church in Memphis and champion of the Conservative Resurgence in Southern Baptist life, said 20 years ago, “The racy sins of our society that once were relegated to the shadows and back alleys are now parading down Main Street.” We are a nation that is no longer ashamed to sin.

We live in a postmodern culture or a society that has a relative philosophy. Years ago Protagoras said, “Any given thing is to me as it appears to me, and is to you such as it appears to you.”

Francis Schaeffer, the American evangelical Christian theologian and philosopher, might well ask, “If we are so united to Christ that all we do involves Him, if the Holy Spirit indwells us such that our bodies are rendered a Holy Temple of God, if Christ has bought us such that we now are His by right, how should we then live in this 21st century?”

Here are some suggestions: