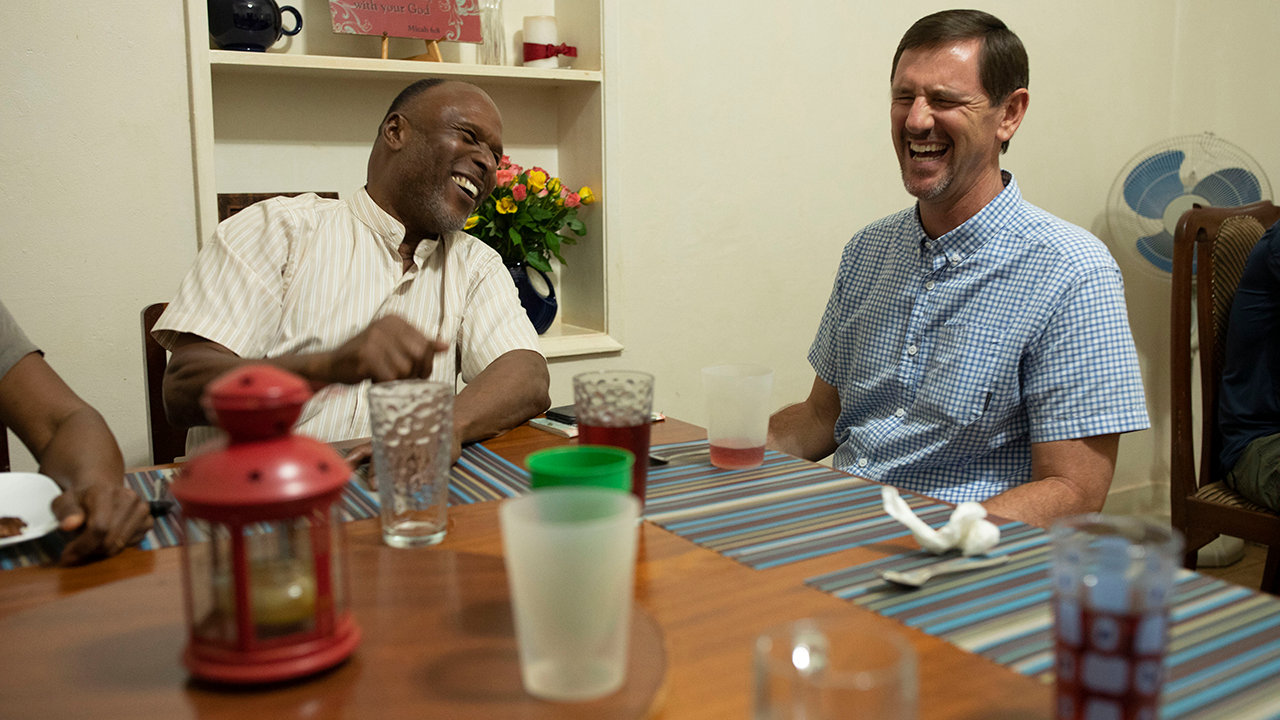 IMB missionary George Smith (left) shares a laugh with IMB President Paul Chitwood while Paul was in Uganda for a visit recently. Paul says life on the field can be full of joy, but seeing the daily logistical struggles missionaries face in reaching their people reminded him of the deep need for prayer. IMB
Posted Friday, November 8, 2019 12:57 pm
International Mission Board