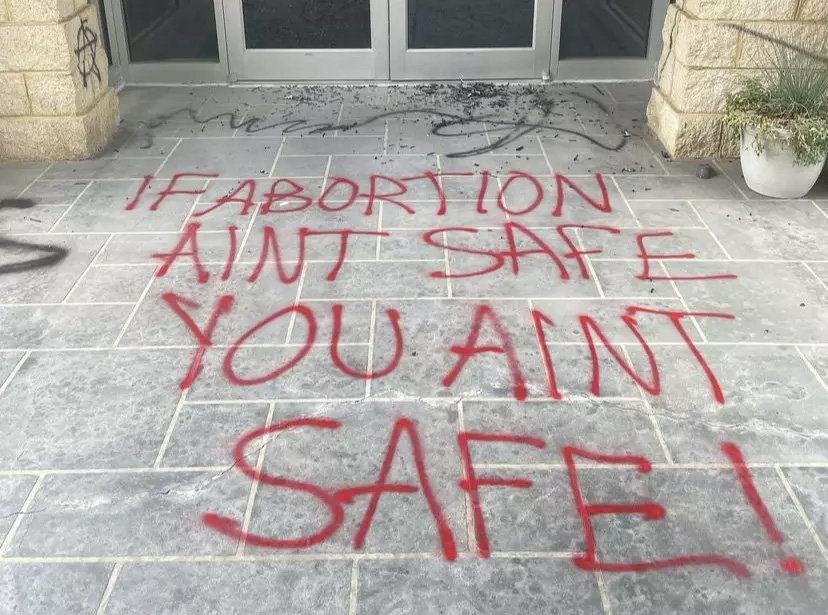 LYNCHBURG, Va. (AP) — Police in Virginia are investigating vandalism at a pregnancy center that discourages women from having an abortion.

Lynchburg Police on Saturday said the Blue Ridge Pregnancy Center was spray painted with graffiti. The words “If abortion ain't safe, you ain't safe” were written on the walkway leading up to the center, and anarchist symbols were painted on the exterior brick wall.

In a tweet, Virginia Gov. Glenn Youngkin, a Republican, said Virginia State Police are available to assist in the investigation.

“There is no room for this in Virginia, breaking the law is unacceptable. This is not how we find common ground,” he wrote.

Youngkin said Friday after the Supreme Court overturned the Roe v. Wade ruling protecting abortion rights that he hopes to outlaw abortion in most cases after 15 weeks.