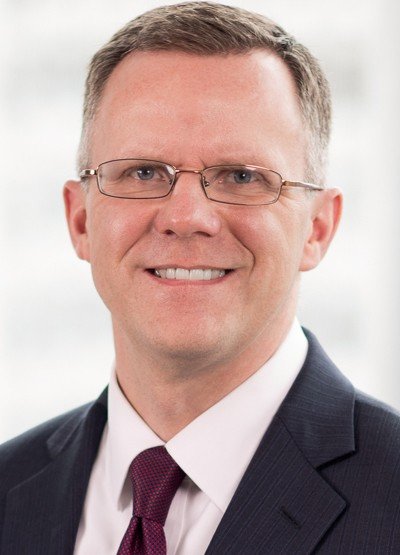 WASHINGTON, D.C. (BP) – Last week, the SBC’s Sexual Abuse Task Force made several formal recommendations to the messengers for their consideration at the upcoming 2022 SBC Annual Meeting in Anaheim. Among them was a recommendation that an Abuse Reform Implementation Task Force (ARITF), in coordination with the SBC Executive Committee (EC), create a “process” for maintaining a Ministry Check list of pastors, denominational workers, and volunteers who are “credibly accused” of sexual abuse. The messengers should approve this recommendation.

Before I explain my reasons for this conclusion, let me provide a bit of background about myself. First of all, I am not an SBC “insider.” I am a Christian, a Dallas Theological Seminary graduate, and have been a member of a Southern Baptist church for more than a decade. My father was the senior pastor of a Baptist church for 36 years. But I did not grow up in the SBC, have never held any position either within the SBC or any of its affiliated organizations, and have never served as a messenger. I write from the “pew” as someone concerned about the health and vitality of our denomination.

Second, I am a lawyer, was previously a federal prosecutor (including prosecuting sex crimes), and have conducted many of the type of independent third-party investigations referenced in the Task Force recommendation. In addition, I recently finished writing a book addressing what due process in the criminal context looks like from a biblical perspective. For more than a year, I’ve spent innumerable hours poring over the relevant biblical texts. Avoiding false charges is an issue to which I am deeply committed, and I write as someone who shares the concern that any “process” should conform to the biblical understanding of justice for the accused and accuser alike.

As the messengers consider what the Task Force has now recommended, I think it is important to separate two issues: standard of proof and due process. These issues are related, to be sure, but they raise distinct issues of biblical justice.

Let me start by addressing the standard of proof. The Task Force’s recommendation makes clear that someone should be included on the Ministry Check list only if they are “credibly accused” of sexual abuse. This does not mean that a mere accusation is enough to land one on the list. Rather, the recommendation makes clear that the “credibly accused” standard is met in only three circumstances:

(1) a criminal conviction (which requires proof beyond a reasonable doubt),

(2) a civil judgment (which requires proof by a preponderance of the evidence), or

(3) a finding by an independent third-party investigation (which also requires proof by a preponderance of the evidence).

A preponderance of the evidence is a legal term that means “more likely than not.” In other words, the only circumstance in which someone is eligible to be placed on the Ministry Check list is when the evidence proves that it is more likely than not that the person committed sexual abuse. Under the preponderance standard, the accused does not bear the burden of disproving the allegation. Nor will the third-party investigation merely “accept” (i.e., believe) an allegation in violation of 1 Timothy 5:19. Rather, the point of the investigation is to test an allegation to determine whether it is supported by evidence. Those with whom I have spoken have assured me that, in conformity with Scripture, any “process” implemented as a result of the Task Force’s recommendation would not allow for a finding that an allegation is more likely than not true if based only on the testimony of a single, uncorroborated witness (Deuteronomy 19:15, 2 Corinthians 13:1, 1 Timothy 5:19).

Now let me turn to the issue of due process. Although the Bible does not use that exact terminology, the concept of due process is certainly embodied in several Scripture passages. In fact, due process is bound up with the idea of accuracy because we achieve accurate decisions by using a reliable fact-finding process. We see this idea in passages like Proverbs 18:17, which warns against making judgments before a witness’ claims have been tested, and Deuteronomy 19:18, which requires a diligent inquiry of a witness’ allegations.

At the same time, we need to avoid reading American-style due process back into the biblical text. The adversarial process employed in American courtrooms is one example of due process, but it is not the only system of decision-making that can measure up to the biblical standard of justice. Many other Western countries do not employ the adversarial system our courts use, but instead use an inquisitorial system in which a neutral judge does the investigating of evidence and questioning of witnesses.

Scripture doesn’t mandate one of these systems over the other. What Scripture does mandate is that accusations be tested, not merely accepted (1 Timothy 5:19), that the decision-maker be impartial (Deuteronomy 1:17) and that both sides be afforded a meaningful opportunity to be heard and respond to the allegations before a conclusion is reached (Deuteronomy 19:18; Proverbs 18:17). But nothing in Scripture requires that a process mirror the U.S. Bill of Rights. Jewish law traditionally resembled the inquisitorial system, and Deuteronomy 19:18 seems to envision an inquisitorial process in which the judges question the witnesses.

The third-party independent investigations that the Task Force recommendation envisions are something more analogous to the inquisitorial model. If designed well, such investigations can easily satisfy the biblical standard of just process. While Americans are more accustomed to cross-examination of witnesses by their adversaries, the inquisitorial model relies primarily on questioning of the witnesses by the judges. Here, the third-party investigators would interview the various witnesses privately, testing their account of the events through questioning and by gathering other evidence that corroborates or contradicts the testimony. Before reaching any decision, the accused would be advised of the allegations and given the opportunity to testify himself, identify other witnesses who should be interviewed and submit documentation relevant to the allegations. The accused would also be permitted to retain an attorney and can make a written submission refuting the allegations.

To be sure, this process is different than a trial as we typically envision it. But it is a process considered reliable, as evidenced by the fact that it is widely used in the United States by a variety of organizations to resolve serious allegations. More important, nothing about the process runs afoul of biblical teaching. Those making accusations are examined and their allegations are tested, not merely believed. Those who are accused are given an opportunity to respond with evidence and testimony of their own. The decision-maker who reaches a conclusion is an independent third party, thus maintaining impartiality. All of this conforms with Scripture’s requirements.

One of the concerns I have heard raised concerning the Task Force’s recommendation is that it lacks a mechanism for placing witnesses under oath. But that is true in every instance in which a church, as a matter of church discipline, evaluates an allegation. Paul said nothing about sworn testimony in his instructions to Timothy about considering allegations against a pastor. If sworn testimony were the only means of evaluating allegations, then that would require churches to abandon their God-given responsibility to conduct church discipline, since no church has the authority to administer oaths. Of course, if a false allegation is made and uncovered, the false witness should be held accountable through church discipline by his or her local congregation.

Understandably, the Task Force’s recommendation does not dictate precisely what procedures an independent third-party investigation must use to gather evidence and hear from both the accused and accuser. Rather, the Task Force recommends that a “process” be established by the ARITF and EC for maintaining a Ministry Check list. If the messengers affirm that recommendation – and they should – the “process” established should include a validation, before any name is added to the list, that the third-party investigation contained the components of a biblically just process, meaning:

In addition, the “process” developed by the ARITF and EC should also include a method for removing a name from the Ministry Check list if evidence later comes to light that casts doubt on the prior investigative finding.

Under those conditions, the Ministry Check list proposed by the Task Force would conform to the biblical standard of justice through a process that both protects the innocent and takes seriously our obligation to speak on behalf of those who have been oppressed by sexual abuse. Although earthly justice will always fall short of perfection, we can take steps that both meaningfully “correct oppression” (Isaiah 1:17) and “keep far from the false charge” (Exodus 23:7). In fact, we must do what we can in both respects if we are to be faithful to our calling. I pray that we will.

Matt Martens is a lawyer, a seminary graduate and the author of a book on criminal justice reform to be published by Crossway in 2023. Matt has been a member of Capitol Hill Baptist Church in Washington, D.C., for more than a decade and previously served on the board of 9Marks. The views expressed here are his alone, are not legal advice, and do not necessarily reflect the views of any other organization with which he is or has been affiliated.