Paris mourning in the wake of terrorist attacks 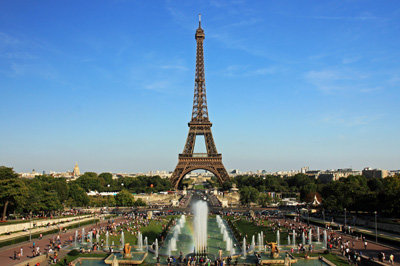 My wife, Martha Jean, and I had the privilege of going on a mission trip to Paris ten years ago. One day while we were there International Board missionary Keith Grimaud took some of us to a high-rise apartment complex occupied exclusively by Muslims. I wrote an editorial upon returning to America entitled, France: a preview of the future America?

In that editorial I stated, “What we saw in Paris seemed to be a sobering preview of what America is quickly becoming. France is secular to the core. Beautiful cathedrals are scattered across the landscape and church bells signal each hour of the day, but evangelical Christians constitute only one half of one percent of the population.

“Christianity is looked upon with disdain by some and disregarded by others, therefore Christians have little or no voice in the public or political arenas of France. Indeed, many Christians seem to be so intimidated by the culture and the devil that they blush to speak His name.

“Voltaire, known as the undisputed leader of the Age of Enlightenment, was a humanist and an atheist. He deplored institutional religion and considered the doctrines of the Incarnation and the Trinity to be absolute nonsense. He was also a proponent of religious and social tolerance.”

It is that kind of ideology that has allowed for Muslim aggression in Paris. Several sources indicate that there are as many as 5 million Muslims in France, which equals almost 8% of the population. The recent influx of Muslims from the Middle East and North Africa no doubt has increased that percentage appreciably.

Many right-wing political voices have warned about the likelihood of the threat posed by an increasing Muslim aggression. News reports over the weekend have claimed that parts of Paris look like the Muslim-dominated capital cities of Beirut and Teheran.

Earlier this year Muslims attacked the satirical newspaper Charlie Hebdo, killing 11 people and injuring 11 others. The gunmen identified themselves as belonging to the Islamist terrorist group al-Qaeda’s branch in Yemen, who took responsibility for the attack.

This past weekend news reports indicate that Muslim terrorists have killed over 150 people in Paris and wounded more than 200 others. The coordinated shooting and suicide-bomb attacks in Paris late Friday included a mass execution at a rock concert.

The carnage began at about 10 p.m. on Friday Paris time, with one group of Jihadis targeting venues packed with people in a night-life district and another attacking near a soccer stadium where France’s President Francois Hollande was watching a match with Germany. The terrorists wrought havoc in Paris shouting "Allahu akbar” (god is great) while firing into the crowds.

While some Muslims express regrets that Paris was mercilessly attacked there were others who sent out tweets using the #FranceUnderAttack hashtag openly supporting the terrorists who struck the country.

Many fear that similar attacks could be on the horizon in America. While Americans appear to be mired in cowardice and complicity, the United States, like France and other European countries, is traveling down the same bloody path, importing large numbers of Muslims from Islamic countries. Islam is the fastest-growing religion in America.

The events of this weekend present the perfect opportunity to highlight the differences between Christianity and Islam.