73° F
Thunderstorms
The voice of Georgia Baptists since 1822

Would you profess Christ at the risk of being shot to death? 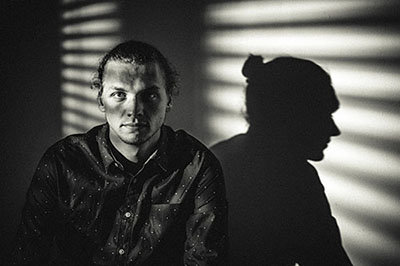 The horrific shooting at Umpqua Community College in Oregon highlights the fact that something is systemically wrong with our beloved nation.

NBC News reports that there have been 141 school shootings in the past three years, 34 of which were deadly. There were 62 shootings that took place on college campuses and in 21 of the incidents the shooter committed suicide.

The shooting at Umpqua is reminiscent of the tragic shooting a Columbine High School in Littleton, CO, when students Eric Harris and Dylan Klebold opened fire and killed 12 students and one teacher and wounded more than 20 others.

Rachel Joy Scott, a devout Christian, was the first to be shot at Columbine. She was eating lunch on the lawn outside the school when she was approached by the killers and asked if she believed in God. Knowing full well the end result would be death, she said, “Yes!”

Refusing to deny her faith in God, Rachel was shot in the head at point-blank range. As part of the investigation, videotapes were found in which Eric and Dylan mocked Rachel for her faith. At 17 years of age, she showed more courage and conviction than most adults ever have.

The massacre at Umpqua was similar to the one at Columbine. The gunman, who opened fire on students at the Oregon Community College, singled out Christians. Anastasia Boylan, who had been shot, told her father prior to her surgery that the deranged assassin shot the professor at point blank range.

Immediately after the teacher was killed everyone in the classroom dropped to the floor. Boylan explained, "While the gunman was reloading his gun he ordered the students to stand up and asked if they were Christians."

Boylan continued, “And they would stand up and he said, ‘Good, because you are a Christian, you’re going to see God in just about one second.’ Then he shot and killed them.” The professing Christians were shot in the head. Others were only wounded by being shot in the leg.

If you were asked, ‘Are you a Christian?’ at gunpoint would you respond with a bold testimony of faith and commitment to Christ?

And if we would do it at gunpoint with our lives hanging in the balance, why not give a bold testimony today to those who are lost when there is no threat of harm or death?

President Barack Obama addressed the nation by stating that these horrific shootings have become so “routine” that the nation has become “numb” to them. He indicated that “common-sense gun legislation” could help resolve the growing problem.

However, the problem is not in gun control, but in the spiritual and moral decline of the nation. We have taken prayer and Bible reading out of our schools and removed the Ten Commandments from classroom walls. We have elevated the theory of evolution and denigrated the doctrine of creation in our schools.

When our children are taught to believe that they evolved from some beast of the field it is no wonder they begin to act like beasts when they grow up.

Thinking gun control will prevent reckless shooting is like thinking probation will eliminate the consumption of alcohol. (Incidentally, I am for prohibition, because we make alcoholic beverages too accessible to youth and adults.) Irresponsible drunkards have always been able to find booze somewhere or make it themselves; and those who want guns to wreak havoc in our society will be able to find all they need.