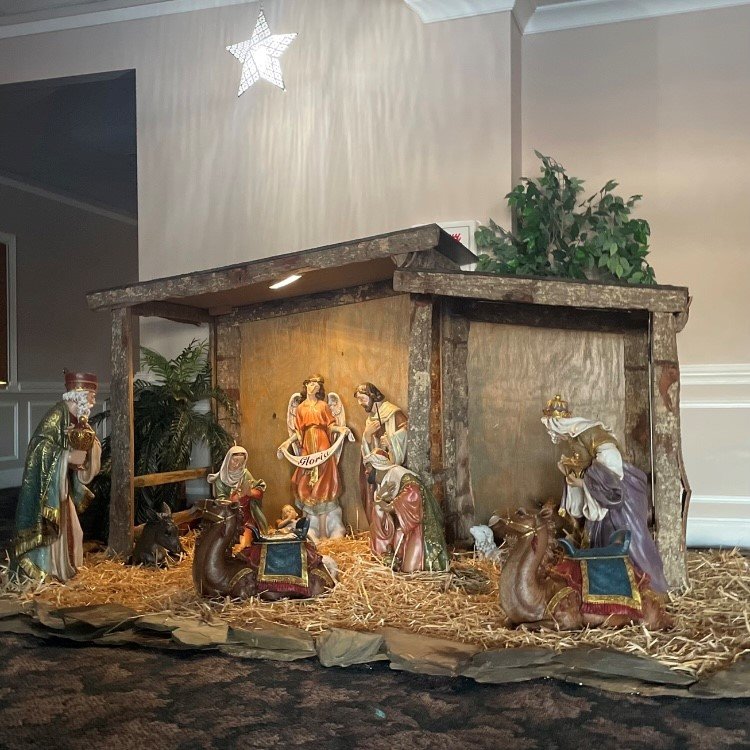 SMYRNA, GA – Churches across America and around the world decorate their facilities for Christmas. Some decorations are modest, and others are extravagant, but all are beautiful, because of the intent of those who decorate and the meaning of the decorations.
Trending stories

Georgia Baptist Mission Board moving out of Sugarloaf property

Thursday thoughts: When you don't know what to say 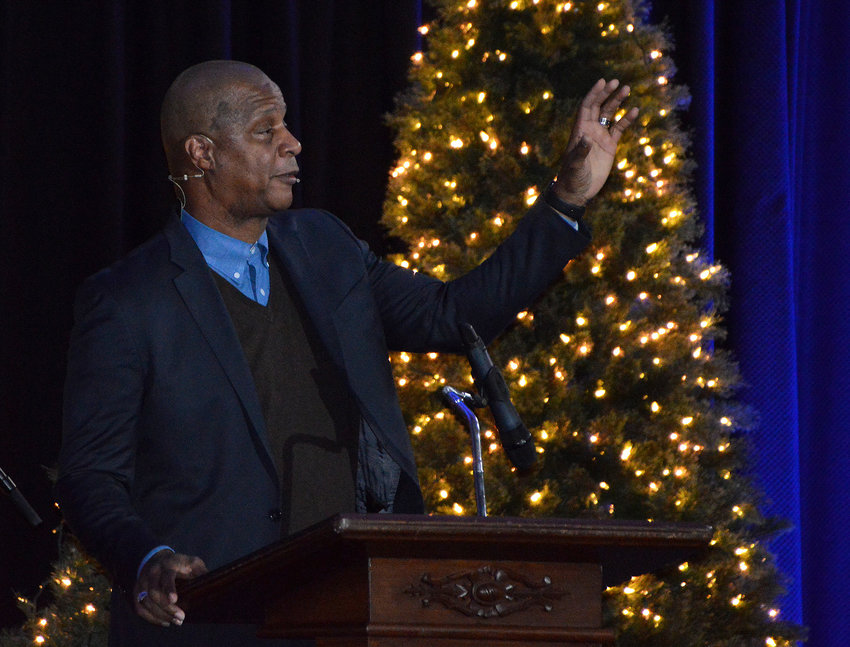 Baseball superstar Darryl Strawberry tells Shorter University athletes ‘Christ is everything’
ROME, Ga. – Baseball-superstar-turned-evangelist Darryl Strawberry told student-athletes at Shorter University last week that Christ is all that matters. The eight-time MLB All-Star and four-time World Series Champion was the guest speaker at Shorter’s President’s Gala at the school last Thursday. Shorter President Dr. Don Dowless described Strawberry as “somebody who has gone through the darkest part of life only to find redemption in Christ.“

Randy Kennedy uses sports, music to spread the gospel
BUFORD, Ga. – Randy Kennedy, current interim/transitional pastor of Bethany Baptist Church in Snellville, is one of the most winsome individuals you will ever meet. He is also versatile – very versatile. The affable minister is not only an excellent preacher, but he has had an effective ministry to many professional athletes through the years. He is an exceptional golfer himself. He knows how to use a very big pencil to challenge and motivate people, and he is a percussionist. 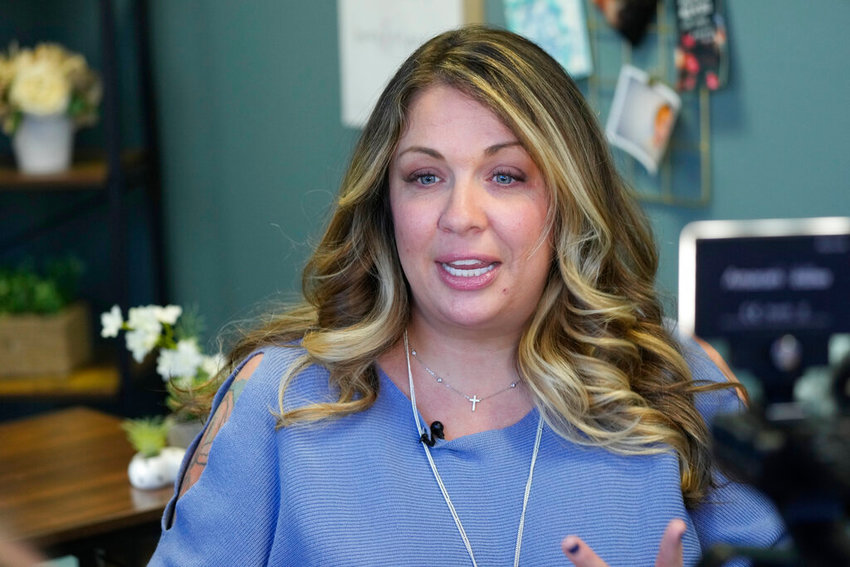 Tashonda Stephens was working on her GED when she found G-O-D
COLUMBUS, Ga. – Tashonda Stephens had enrolled in an education program at the Columbus Baptist Association to earn her GED. In the process, she found G-O-D. Stephens, a single mom of three boys, surrendered her life to Christ through the Christian Women’s Job Corps of Greater Columbus, a Southern Baptist ministry that’s intended to lift women out of poverty.

Georgia Baptist Mission Board moving out of Sugarloaf property
DULUTH, Ga. – In a move that will provide “an opportunity for more Cooperative Program funds to go to ministry and missions,” the Georgia Baptist Mission Board is moving out of its five-story executive office building into a smaller and more efficient space. The Mission Board has secured a letter of intent from a corporation that wants to lease the building at 6405 Sugarloaf Parkway beginning in the next two months.
Baptist Life 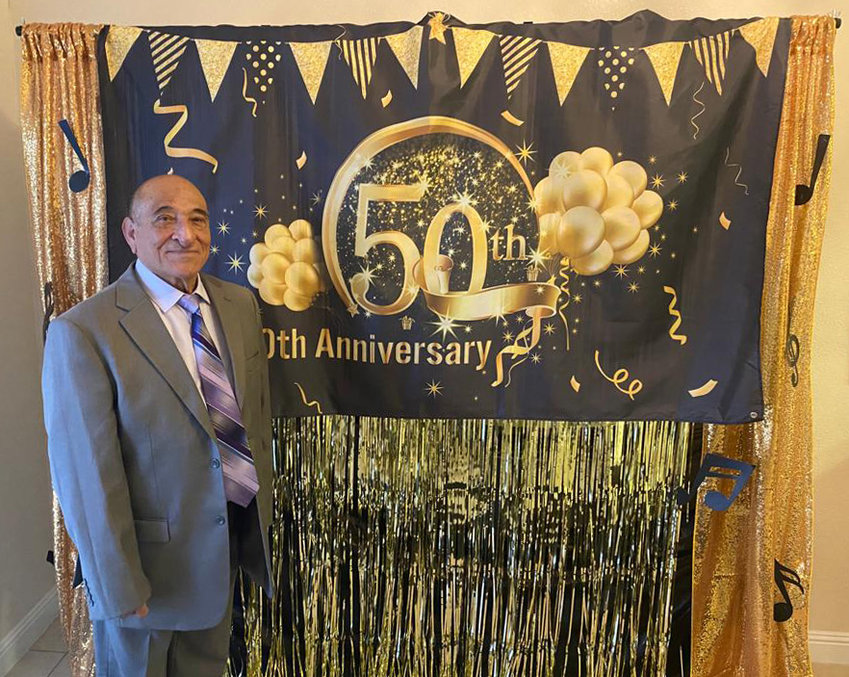 HINESVILLE, Ga. – Pastor Luis Trejo of Primera Iglesia Bautista Hispana of Hinesville, Ga., has reached a ministerial milestone – 50 years of service. Trejo’s half-century in the pulpit was celebrated last month at the church where he serves as full-time senior pastor. “The greatest thing in my career,” he says, “has been to know Christ. Everything else flows from there.”

Thursday thoughts: Always remember the ABC's of caring for others
Liza is my 9-year old granddaughter.  Liza has some sensory issues and sometimes struggles with different situations.  She is usually shy and it takes her a bit to warm up to new people and situations. 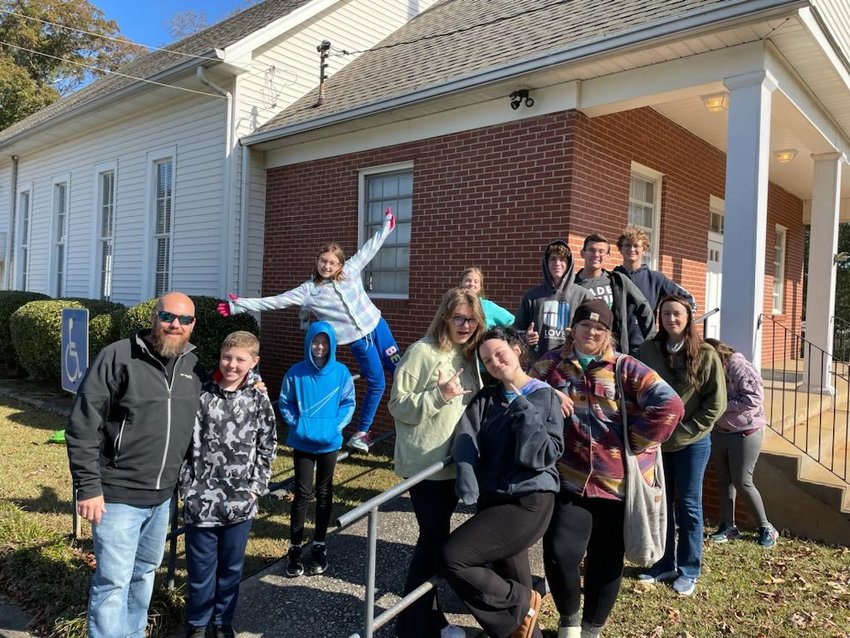 Georgia Baptists working hard to get the gospel into state's most lost zip codes
Georgia is a lost state. According to recent studies by Pew Research, about one out of every three adults in Georgia has no connection with religion. This is much better than the bleak picture of New England’s Christian presence, but only about twenty percent of Georgia’s population is connected to Baptists of any stripe. When asked specific survey questions, Georgians responded with only 42% regular church attendance, 31% practicing corporate prayer with other Christians, and only 38% believing there are absolute standards for morality.

ACTS2 ready to air your church's Christmas programming
DULUTH, Ga. – Christmas season has officially begun, and ACTS2 is in step with four family-friendly Christmas films and several Christmas musical presentations from churches, colleges and other SBC-related entities. And the TV network is looking for more.
Georgia

SAVANNAH, Ga. (AP) — U.S. Interior Secretary Deb Haaland is urging Georgia officials to deny permits for a proposed mine near the edge of the famed Okefenokee Swamp and its vast wildlife refuge, saying the plan poses “unacceptable risk” to the swamp's fragile ecology. 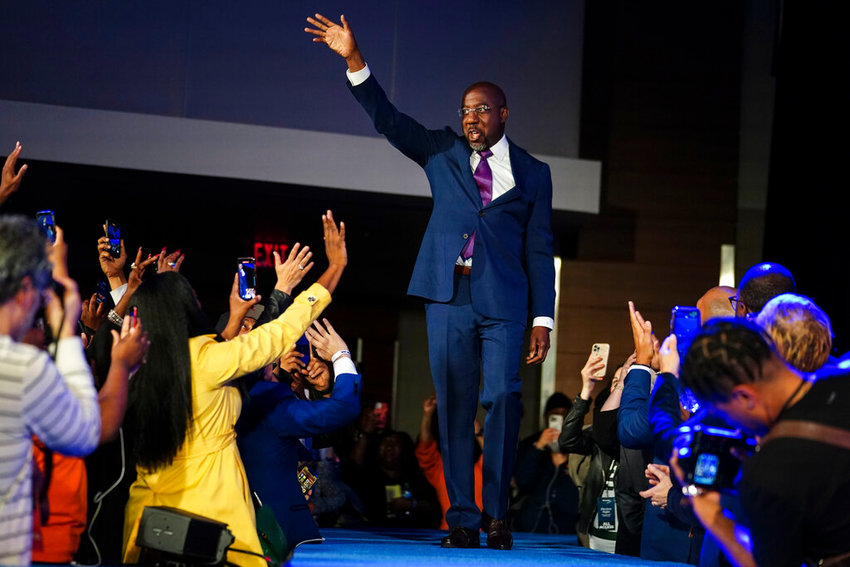 ATLANTA – Democratic U.S. Sen. Raphael Warnock narrowly defeated Republican Herschel Walker Tuesday in a runoff election to retain his seat and give his party a slim two-seat majority in the Senate. The Warnock victory  in the final contest of the 2022 election cycle gave Democrats 51 seats in the Senate to 49 for Republicans.

FLORENCE, S.C. (AP) — A Japanese company said it plans to build batteries for electric BMW vehicles at a new plant in South Carolina, spending $810 million on a facility that could have up to 1,170 workers.

MACON, Ga. (AP) — Three teenagers are dead and a fourth was critically injured after an early Tuesday shooting at an apartment complex in Georgia, authorities said.

PEARL HARBOR, Hawaii (AP) — A handful of centenarian survivors of the attack on Pearl Harbor joined about 2,500 members of the public at the scene of the Japanese bombing on Wednesday to commemorate those who perished 81 years ago. 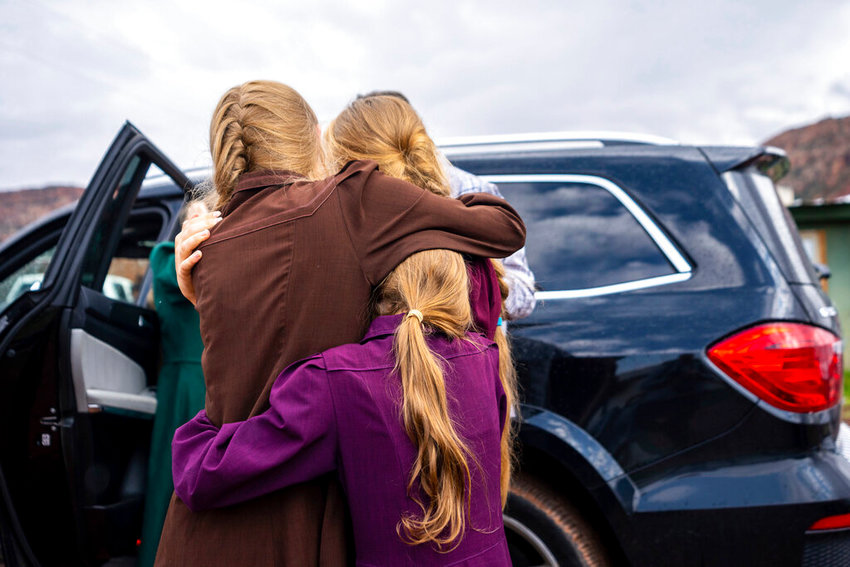 FLAGSTAFF, Ariz. (AP) — The leader of a small polygamous group on the Arizona-Utah border had taken at least 20 wives, most of them minors, and punished followers who did not treat him as a prophet, newly filed federal court documents show. 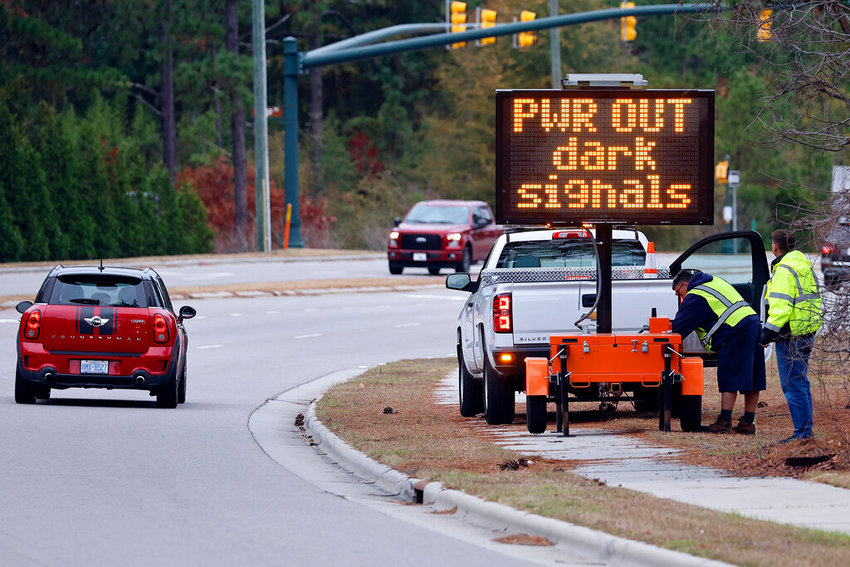 RALEIGH, N.C. (AP) — Duke Energy said it expects to restore power ahead of schedule to thousands of homes in a central North Carolina county that have been without electricity for several days after an attack on the electric grid.

MEMPHIS, Tenn. (AP) — A Memphis police officer was wounded and a suspect was killed during a shootout following a call about a suspicious vehicle at a gas station, authorities said.

KYIV, Ukraine (AP) — Russian President Vladimir Putin acknowledged Wednesday that his “special military operation” in Ukraine is taking longer than expected but said it has succeeded in seizing new territory and added that his country’s nuclear weapons are deterring escalation of the conflict.

US approves $425 million in arms sales to Taiwan

WASHINGTON (AP) — The Biden administration on Tuesday signed off on two new significant arms sales to Taiwan in approvals that are sure to rankle China. The State Department said it had okayed sales worth more than $425 million of spare aircraft parts to support Taiwan's fleet of F-16 fighters, C-130 transport planes and other U.S.-supplied weapons systems. 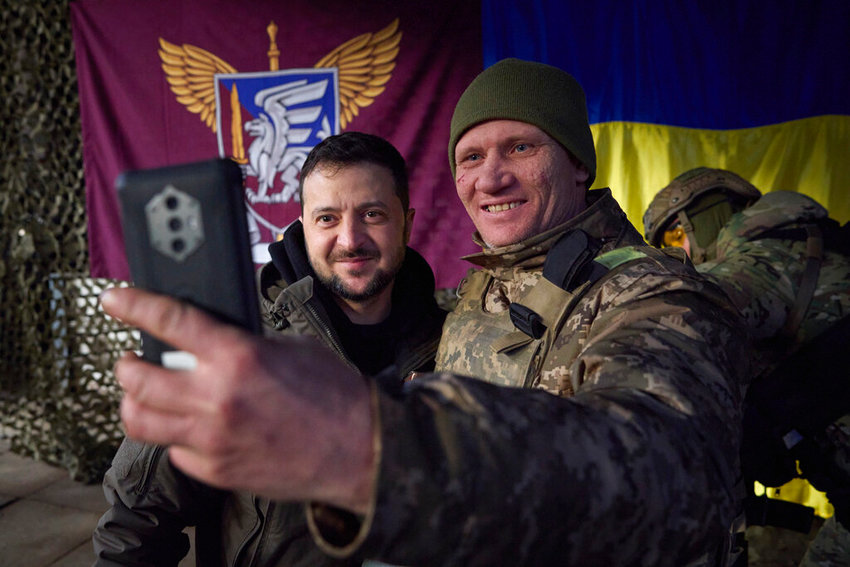 KYIV, Ukraine (AP) — Drones struck inside Russia’s border with Ukraine Tuesday in the second day of attacks exposing the vulnerability of some of Moscow’s most important military sites, observers said. 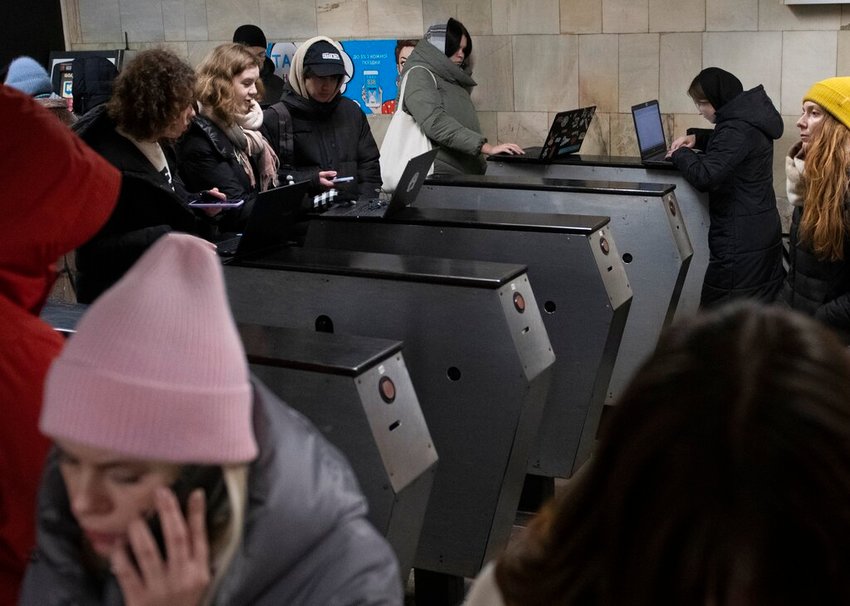 Liz Weston: Make the most of new rules for charitable giving
Most people no longer get a tax deduction when they donate to charity. That shouldn’t keep you from making donations, but you may want to change your approach. Typically, only taxpayers who itemize deductions can write off charitable contributions. 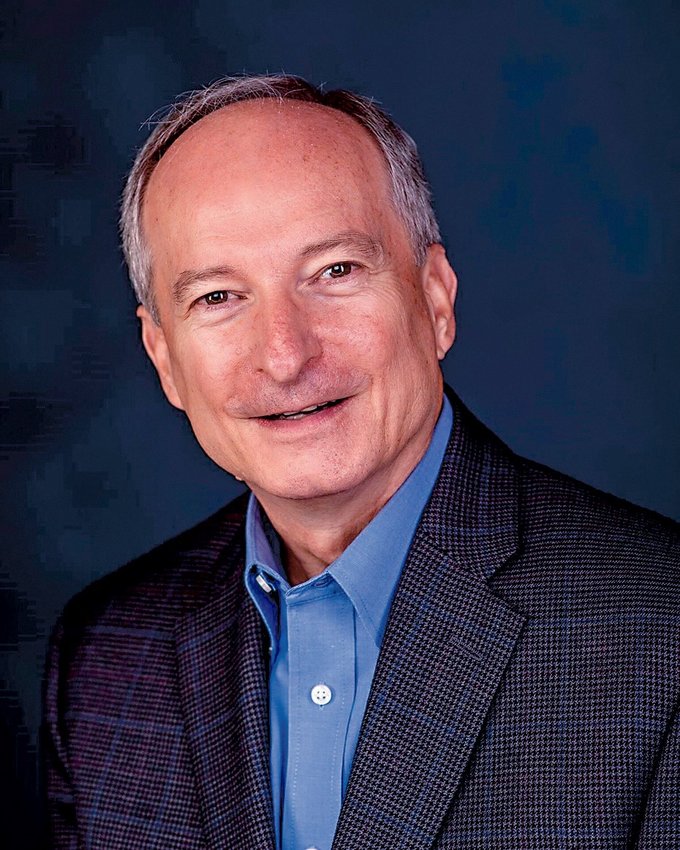 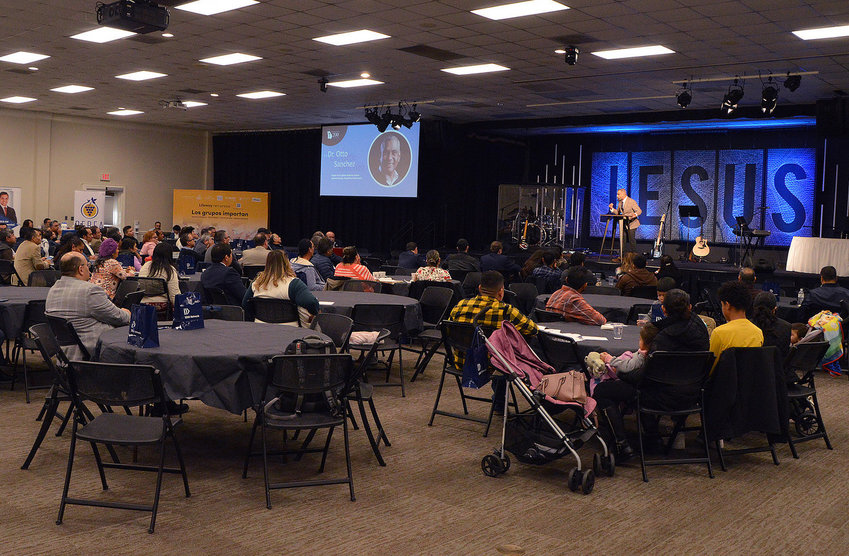 Editorial: Reinforcements arrive to help win Georgia to Christ
Georgia’s largest religious organization is still growing both numerically and ethnically. In November, 17 new congregations joined the Georgia Baptist Convention, which has some 1.4 million members in about 3,600 churches. 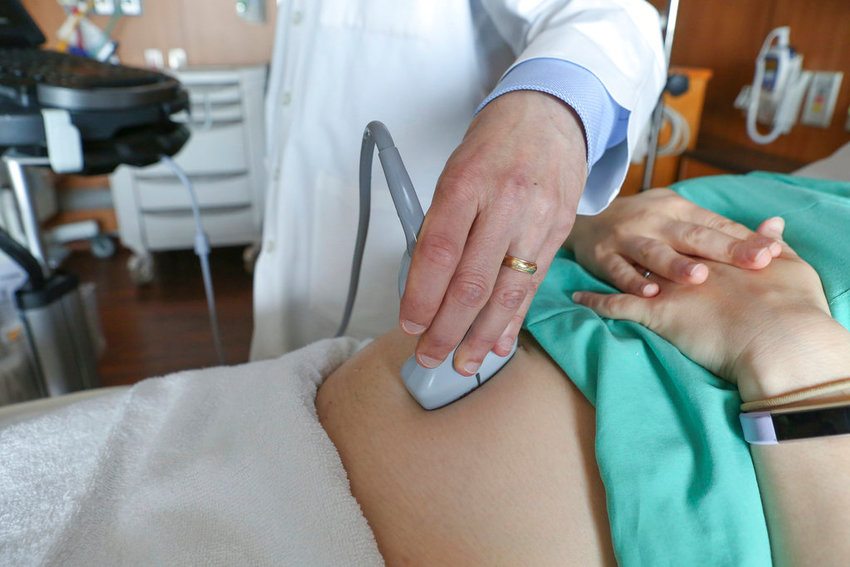 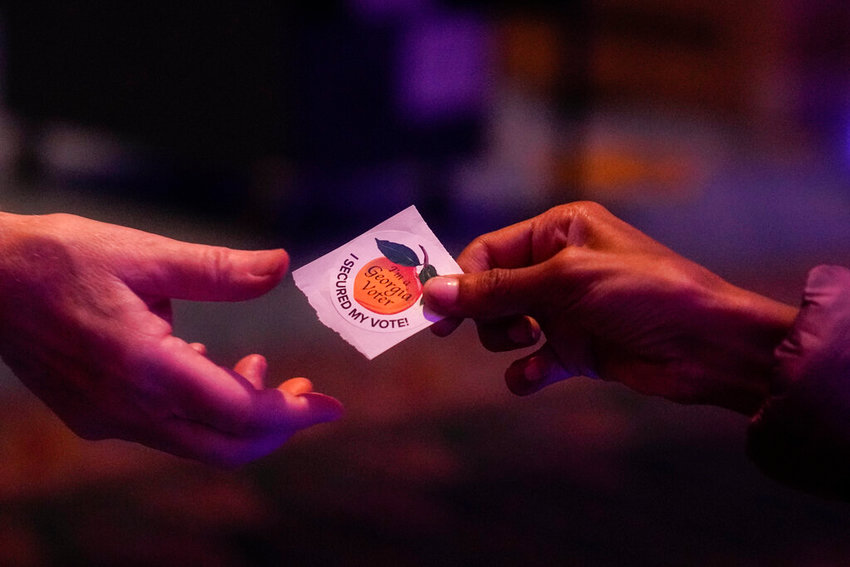 Commentary: The stewardship of voting in every election
As we think about all elections, we need to remember that it is imperative that Christians vote and be engaged in this process. It’s one of the most basic rights that we have as Americans and one of the great responsibilities we have as followers of Christ.

BEIJING (AP) — China rolled back rules on isolating people with COVID-19 and dropped virus test requirements for some public places Wednesday in a dramatic change to a strategy that confined millions of people to their homes and sparked protests and demands for President Xi Jinping to resign. 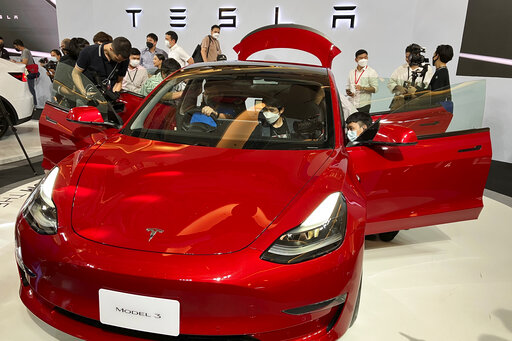 Tesla has launched sales in Thailand, offering its popular Model 3 and Model Y at prices aimed at competing with rivals like China's BYD. The company staged a glitzy showcase of its plans Wednesday … 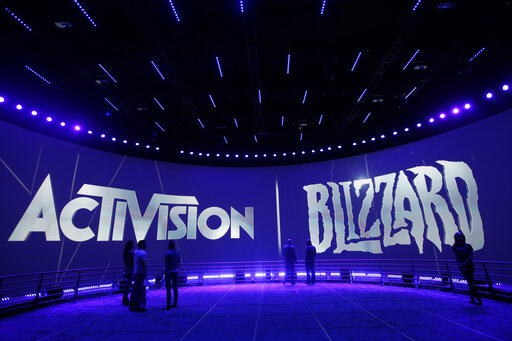 Microsoft says it struck a deal to make the hit video game Call of Duty available on Nintendo for 10 years when its $69 billion purchase of game maker Activision Blizzard goes through. The …

JERUSALEM (AP) — U.S. weapons maker Lockheed Martin Corp. and Israeli defense contractor Rafael on Monday said they will team up to develop a high-energy laser system to defend against aerial attacks. The system will be based on Iron Beam, a laser missile-defense system that Rafael has been developing with Israel's Defense Ministry. 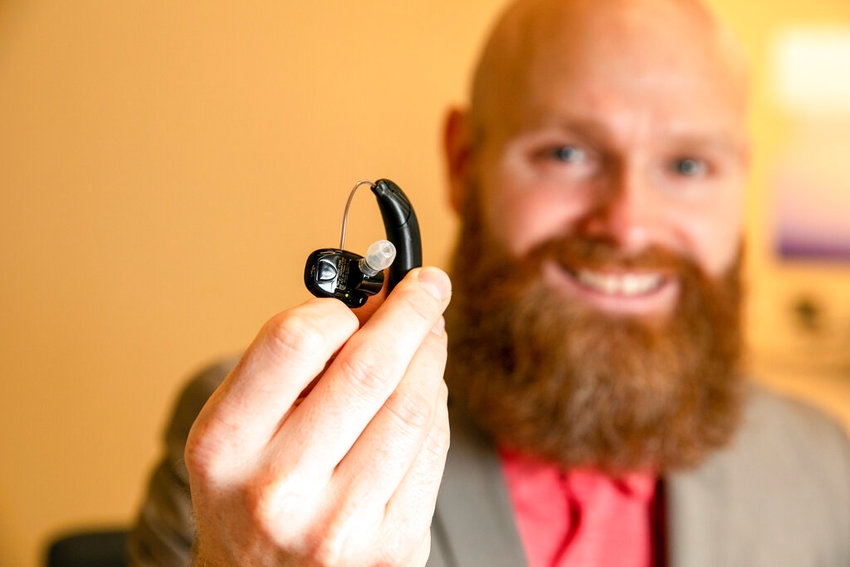 It's now a lot easier — and cheaper — for many hard-of-hearing Americans to get help. Hearing aids can now be sold without a prescription from a specialist. Over-the-counter, or OTC, hearing aids started hitting the market in October at prices that can be thousands of dollars lower than prescription hearing aids. 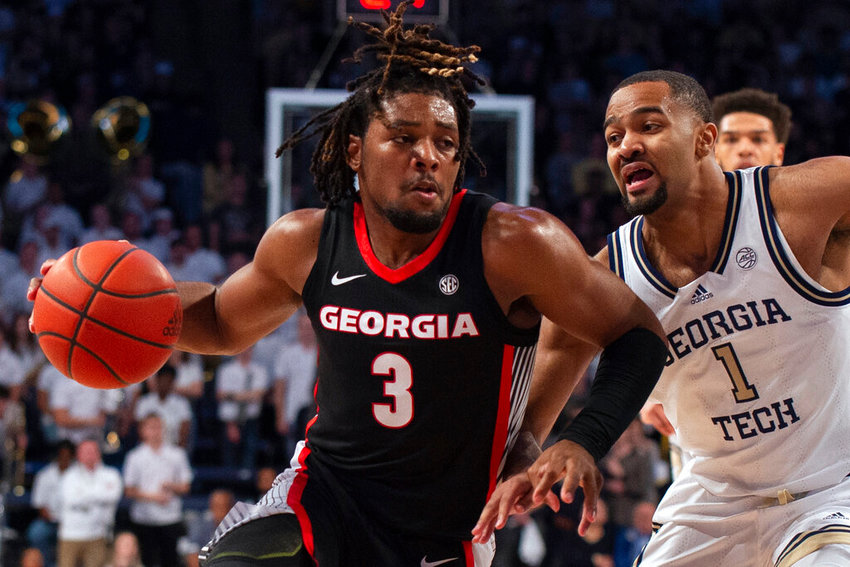 ATLANTA (AP) — Georgia Tech's Miles Kelly hit another winning shot against a state rival. Terry Roberts endured a nightmarish final minute for Georgia. Kelly hit a long 3-pointer and then a drove for the game-winning floater with 23 seconds remaining as the Yellow Jackets rallied to beat Georgia 79-77 on Tuesday night. 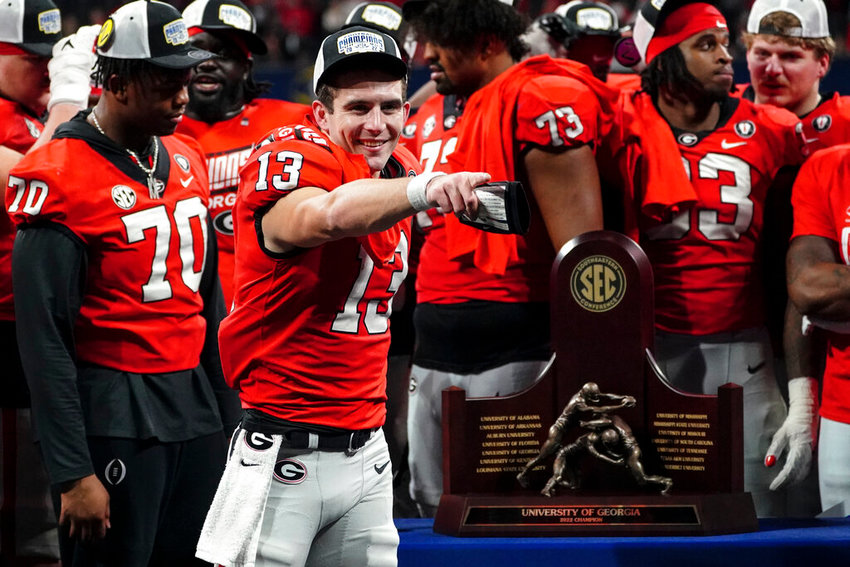 Quarterbacks Stetson Bennett of Georgia, Max Duggan of TCU, C.J. Stroud of Ohio State and Caleb Williams of Southern California were announced as finalists for the Heisman Trophy on Monday night.

BOSTON (AP) — Led by Jahmyl Telfort's 20 points, the Northeastern Huskies defeated the Georgia State Panthers 66-46 on Sunday. The Huskies are now 2-6 with the victory and the Panthers dropped to 5-4.