The push for LGBT rights continues

Senator Jeff Merkley (D-Ore.) and Representative David Cicilline (D-R.I.) are sponsoring the Equality Act in their respective legislative bodies that would provide special privileges to people who …

The following was originally published in the June 25, 2015 issue of The Christian Index. The annual meeting of the Southern Baptist Convention is always filled with glorious inspiration, pertinent … 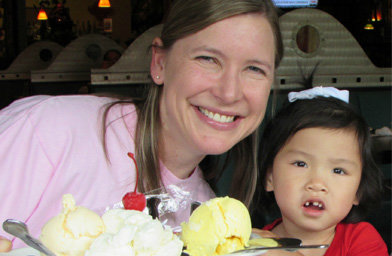 By Sherri Ausbun Sherri Ausbun celebrates the one-year anniversary of welcoming daughter Esther in the family with a celebratory dinner. I cannot believe that one year has already passed! It seems …

And the Dance Goes On

In the 18th, 19th, and early 20th centuries, all public schools opened with an oral prayer and, or Bible reading. Then it happened. Somewhere from the dark caverns of hell, music floated up which had …

J. Gerald Harris Occasionally I will see a television commercial depicting dogs that have been abused. The faces of these dogs mirror neglect, pain, and loneliness. I am often moved by these …

Poor decisions have negative consequences. In 1962 when the United States Supreme Court ruled that it was unconstitutional to open the school day with vocal, voluntary prayers it set in motion a …

Refusing to waste our lives

COLUMBUS, Ohio (BP) — We don’t know how to work hard, they say. We lack real motivation. We are a lost generation. I hear these whispers of doubt all the time about our generation. Yet, I …

Editorial: There you go again

Life after the Supreme Court’s decision

The most frequently discussed topic in every coffee shop, church house, office complex, factory, sports complex, and elevator for the past week has been the Supreme Court’s decision in the …