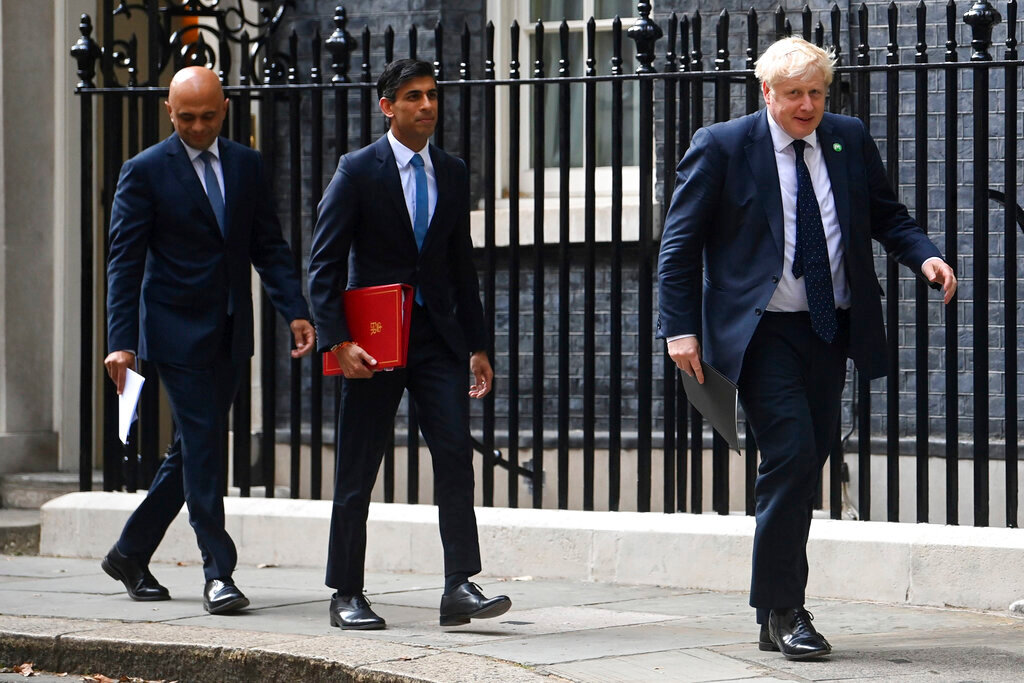 From left, British Health Secretary Sajid Javid, Chancellor of the Exchequer Rishi Sunak and Prime Minister Boris Johnson arrive at No 9 Downing Street for a media briefing on May 7, 2021. (Toby Melville/PA via AP) 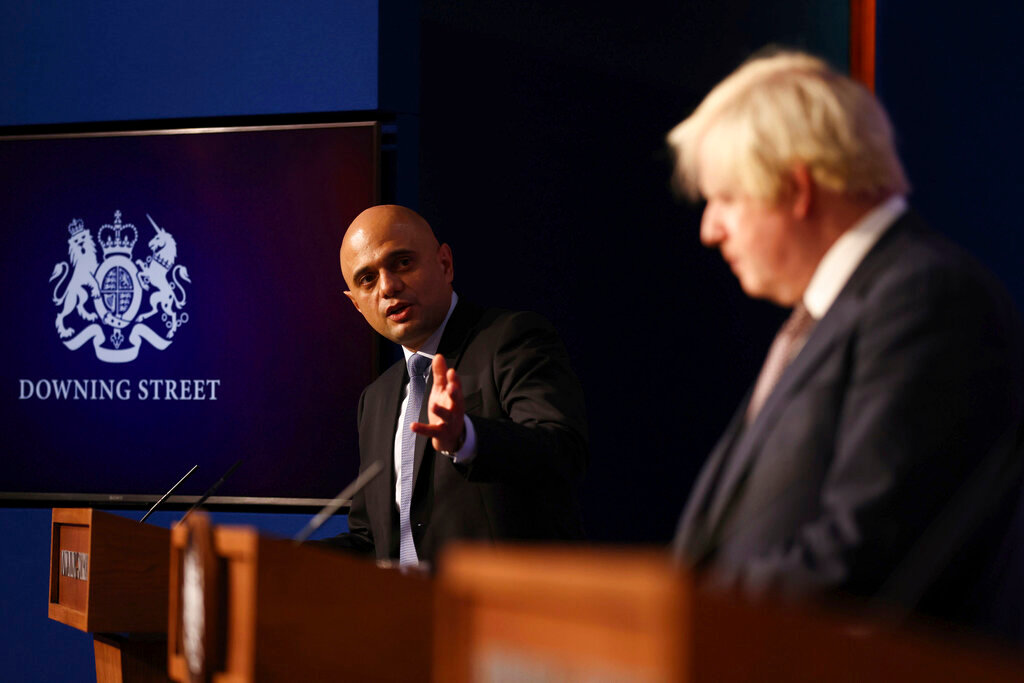 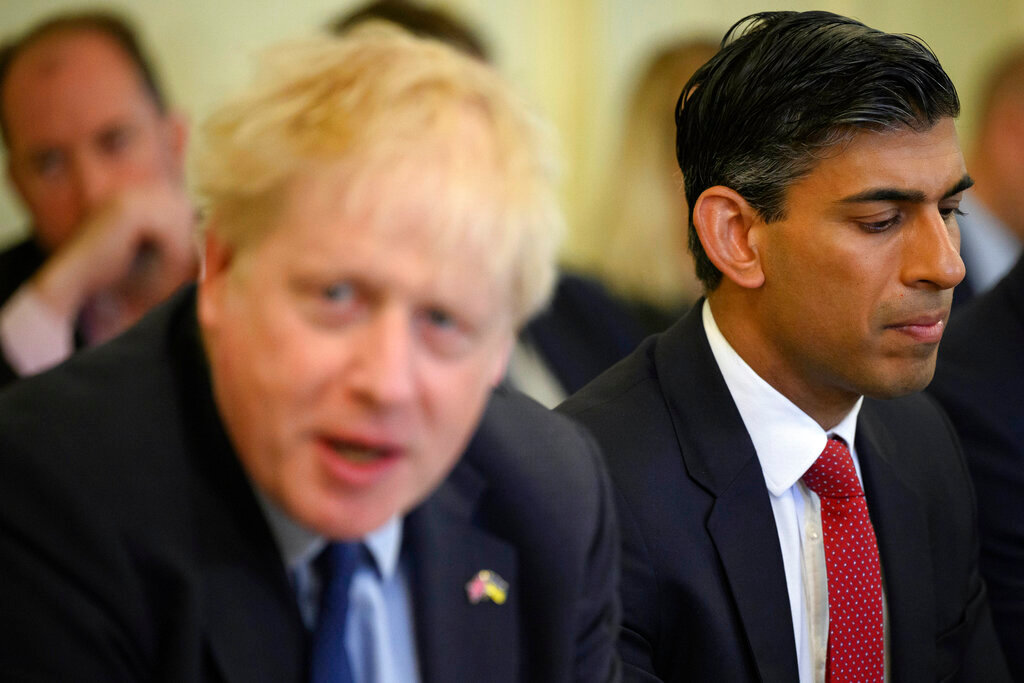 LONDON (AP) — Two of Britain’s most senior Cabinet ministers resigned on Tuesday, a move that could spell the end of Prime Minister Boris Johnson’s leadership after months of scandals.

Treasury chief Rishi Sunak and Health Secretary Sajid Javid resigned within minutes of each other after a day in which the prime minister was forced to acknowledge he had to change his story on the way he handled allegations of sexual misconduct by a senior member of his government.

“It is with enormous regret that I must tell you that I can no longer, in good conscience, continue serving in this government,’’ Javid said in his resignation letter. “I am instinctively a team player but the British people also rightly expect integrity from their government.’’

“I recognize this may be my last ministerial job, but I believe these standards are worth fighting for and that is why I am resigning.”

Johnson has been hit by allegations he failed to come clean about a lawmaker who was appointed to a senior position despite claims of sexual misconduct.

Johnson has faced pressure to explain what he knew about previous misconduct allegations against lawmaker Chris Pincher, who resigned as deputy chief whip Thursday amid complaints that he groped two men at a private club.

Minutes before the resignations of Javid and Sunak were announced, Johnson said Pincher should have been fired from the government after a previous 2019 incident.

Asked if it was an error to appoint Pincher to the government, Johnson: “I think it was a mistake and I apologize for it. In hindsight it was the wrong thing to do."

The government’s explanation shifted repeatedly over the past five days. Ministers initially said Johnson was not aware of any allegations when he promoted Pincher to the post in February.

On Monday, a spokesman said Johnson knew of sexual misconduct allegations that were “either resolved or did not progress to a formal complaint.”

That account did not sit well with Simon McDonald, the most senior civil servant at the U.K. Foreign Office from 2015 to 2020. In a highly unusual move, he said Tuesday that the prime minister’s office still wasn’t telling the truth.

McDonald said in a letter to the parliamentary commissioner for standards that he received complaints about Pincher’s behavior in the summer of 2019, shortly after Pincher became a Foreign Office minister. An investigation upheld the complaint, and Pincher apologized for his actions, McDonald said.

McDonald disputed that Johnson was unaware of the allegations or that the complaints were dismissed because they had been resolved or not made formally.