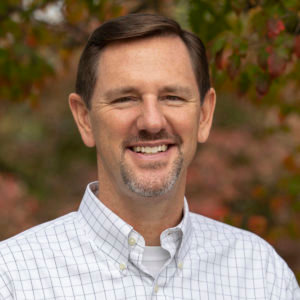 Jesus prioritizes children and their care. We see this in verses like Matthew 19:14, where Jesus says, “Let the little children come to me and do not hinder them, for to such belongs the kingdom of heaven,” and Matthew 18:6, where Jesus says, “Whoever causes one of these little ones who believe in me to sin, it would be better for him to have a great millstone fastened around his neck and to be drowned in the depth of the sea.” His compassion towards the woman caught in adultery and the woman at the well, and His care for His own mother as He went to the cross, among many other passages, reveal the value He places upon women.

When we think of protecting from abuse those who are vulnerable, I think first about the 2,850 kids of our International Mission Board missionaries. I also think about the single women who outnumber single men serving through the IMB by two-to-one. But we recognize single men can likewise be victims, as can anyone regardless of whether or not they are married. From the words of our Lord, and biblical ethics and biblical teaching in general, it is clear that Christ followers should seek to do no harm to others, and we should be willing to step in and protect others from harm when we are able to do so.

If you have followed the news from our Southern Baptist Convention about the Sexual Abuse Task Force report, you know that some of the leaders in our convention have failed in this regard. I’m deeply disappointed by that but, frankly, I’m not completely shocked.

A pastor and teacher who had an important role in my life committed adultery, divorced his wife, and married a girl half his age whom he had groomed when she was a student in his classroom. Another man who taught ministry classes at a college and preached on more than one occasion from the pulpit of our church exposed himself to my teenage cousin. At least one of my seminary professors was terminated for his addiction to pornography. On and on goes the sin, shame and brokenness of our world.

Should the Church be different than the world? Absolutely, and I believe that it is. But sin is not absent from the Church. And that’s why we must do our best to protect the vulnerable from abuse and abusers — abusers outside of the Church and those who have found their way in.

How do we do that at the IMB? When I became president, I committed the IMB to a process that the former president had announced as he left the organization. Under the guidance of external experts, we went through two years of external examination, pouring through thousands of personnel files to discover any report of physical abuse, sexual abuse, or assault that might not have been handled correctly or reported to the appropriate authorities. Where any shortcoming was noted, we sought to determine, as best we could, what happened, what should have happened, what we could do now, and we acted. At the risk of the organization’s reputation, we sent out thousands of letters to solicit additional information and to invite anyone who may have been a related victim or know of a related victim to contact us with that information. We made reports to authorities in the U.S. and investigated how we can best notify local authorities internationally, when appropriate. We offered counseling and trauma-informed care to victims. We apologized to victims. And we committed to make sweeping changes and to lead the convention in best practices in these areas.

Those sweeping changes included new staff positions, one being the Prevention and Response Administrator role. We also instituted GoMethod, which requires extensive background checks and references for all volunteers. We created annual compliance training that every team member is required to complete. We instituted new policies and rules, set in place to keep people out of potentially dangerous situations. We created safe reporting channels. When abuse is reported, we make reports to appropriate authorities. We consult experts and undertake investigations. When abuse is confirmed, we follow through with terminations and notifications to others who may be impacted by the abuse.

We have invested millions of dollars in this process, and we continue to make a significant investment of resources in new systems and ongoing improvements every year.

None of us like more hurdles for volunteers or more time spent in front of our computers for compliance training. More policies and rules create inconveniences and require more of our precious and limited resources. No one likes an investigation nor a termination. But we live in a fallen world. And the Church is obviously not immune. So we must be clear. And I will be clear: The IMB is not going to reverse course on the high standards we have adopted for abuse prevention or response. More information on IMB’s response, action and prevention can be found on our website at imb.org/abuseresponse.

As our denomination walks through the process of setting in place higher standards and seeks to deal with those who have failed to represent Southern Baptists well, let’s all pray for the Lord to give wisdom, courage and clarity. Pray for repentance on the part of those who have failed. Pray for abuse victims whose pain resurfaces even though they are grateful to have these issues addressed. Pray for unity since we know the enemy, who loves division and sows confusion, would love to use this moment to harm our denominational family and our cooperative work.

We came through an incredibly difficult process during my first two years as IMB president. It was very costly, but it was absolutely necessary. Today, our denomination is going through much the same process. It is proving to be incredibly difficult and costly. But it is absolutely necessary. And I’m not the least bit discouraged. To the contrary, I’m very optimistic. Just as we have seen the Lord honor accountability, humility and repentance at the IMB, I believe we will see Him honor these things in our denominational family.

The IMB and its leadership is committed to the work of our convention in establishing new convention-wide protocols and practices to prevent abuse and provide a trauma-informed response, including the creation of a “Ministry Check” website. Each of us longs for a healthy denomination that exemplifies the deep compassion of our Lord to the world around us.

This effort is important because what we do together could not be any more important. For all the problems in our world — and the sin of abuse is one of those horrific problems — the reason Southern Baptists cooperate is to address the world’s greatest problem. What is the world’s greatest problem? LOSTNESS. And the answer to that problem is the gospel. But we cannot address the problem of lostness while ignoring the problem of abuse. It just doesn’t work that way. And we have more work to do … together.

Dr. Paul Chitwood is president of the International Mission Board.

Georgia Baptists moved to prayer as death toll continues to rise in Turkey, Syria
NURDAGI, Turkey — Georgia Baptists who have ministered to earthquake survivors in the past have been moved to prayer for Turkey and Syria where the death count had soared above 7,200 as of Tuesday afternoon. Rescuers were working in freezing temperatures, sometimes using only their bare hands, to dig through the remains of buildings flattened by a 7.8 magnitude earthquake.
© Copyright 2023 The Christian Index | Copyright/Terms of Use
Powered by Creative Circle Media Solutions