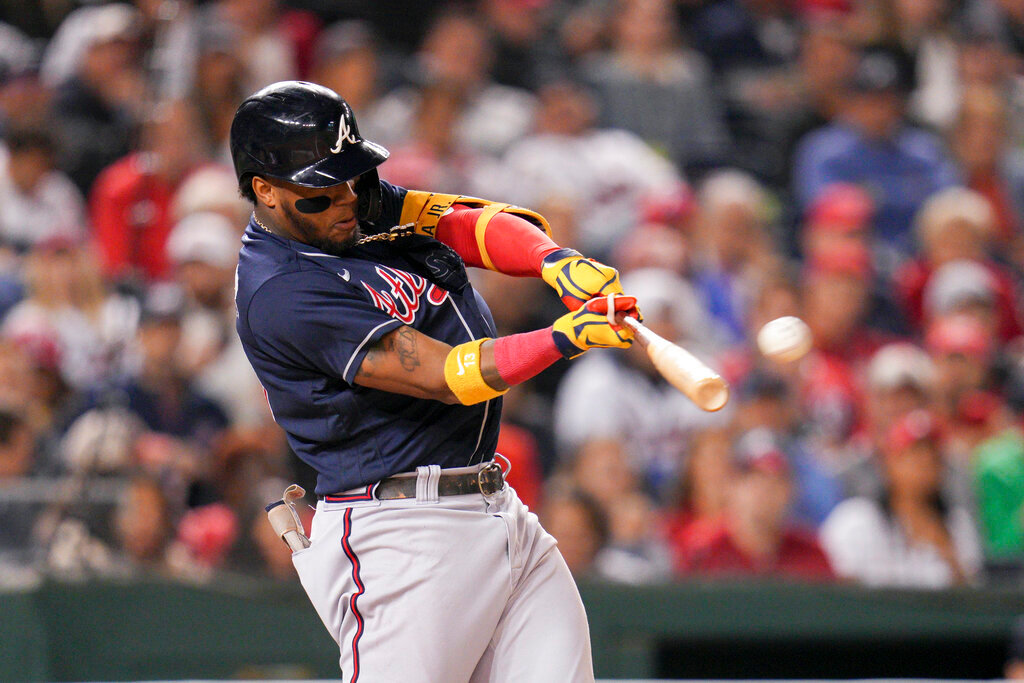 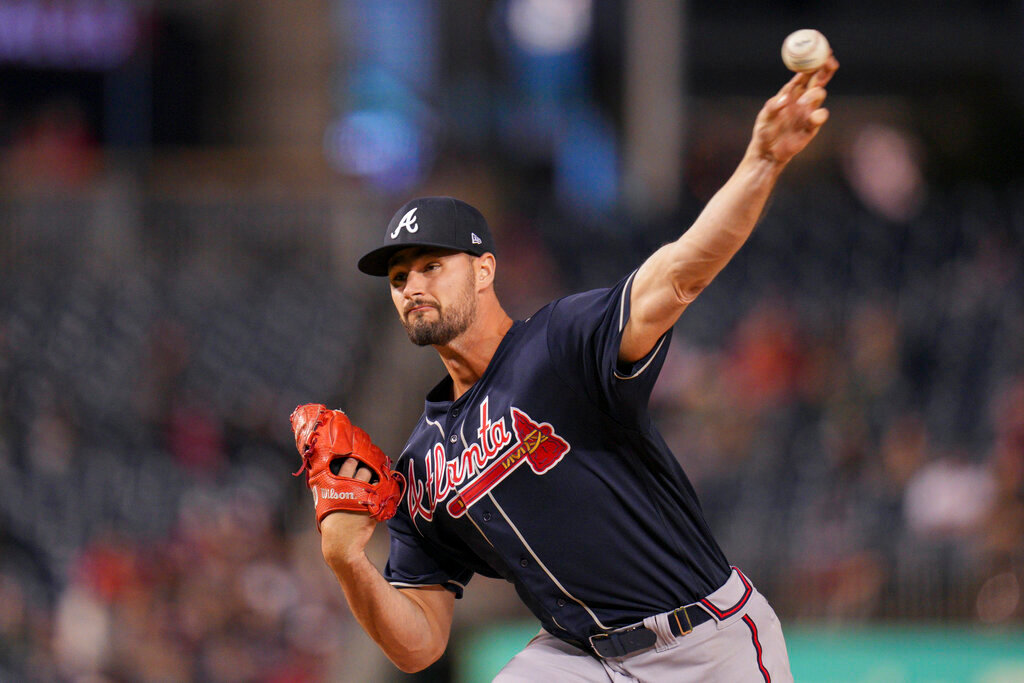 WASHINGTON (AP) — Ronald Acuña Jr. hit a pair of solo home runs and the Atlanta Braves beat the Washington Nationals 8-2 on Tuesday night for their fourth straight win, moving them into a first-place tie in the NL East with the New York Mets.

Orlando Arcia also homered and Michael Harris II had a two-run triple for the Braves, who caught the Mets when they lost 6-4 at home to Miami. Both teams have seven games remaining, including a head-to-head three-game series beginning Friday in Atlanta.

With the win, the Braves (97-58) are guaranteed the No. 2 playoff seed in the National League if they finish ahead of the Mets.

Victor Robles homered and Luke Voit had two doubles for the last-place Nationals (53-101).

Harris tied the score 2-all with a two-run triple in the fourth.

With two outs in the fifth, Arcia’s fly ball just cleared the wall in left for his second homer in two games. Acuña followed with a line drive down the left-field line to make it 4-2.

Harris started a two-out rally in the sixth with an infield single. He was initially called out at first base, but Atlanta challenged and it was overturned. William Contreras singled and Eddie Rosario smacked a two-run double off the wall in center.

Acuña's second home run of the night and 15th of the season made it 7-2 in the seventh.