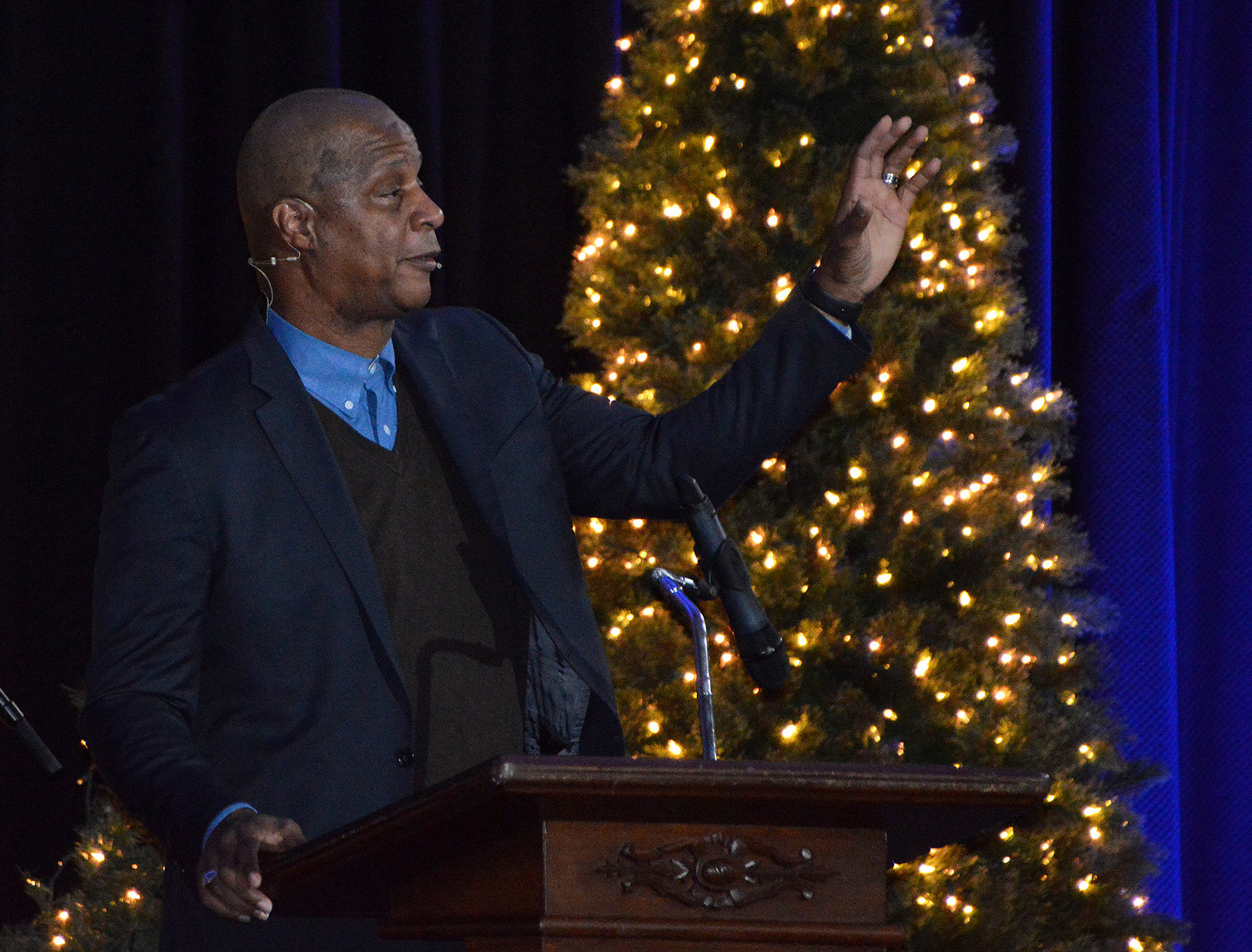 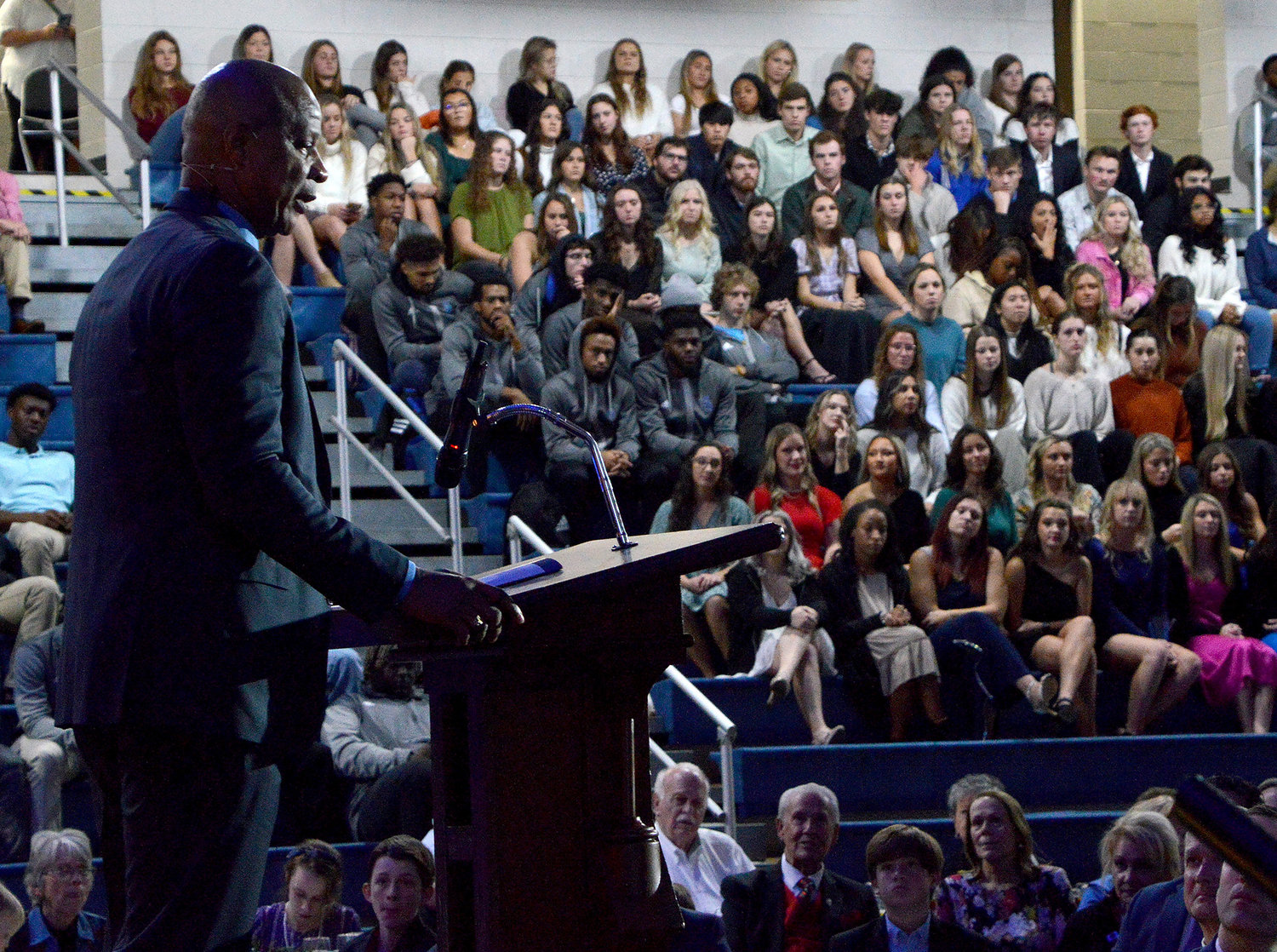 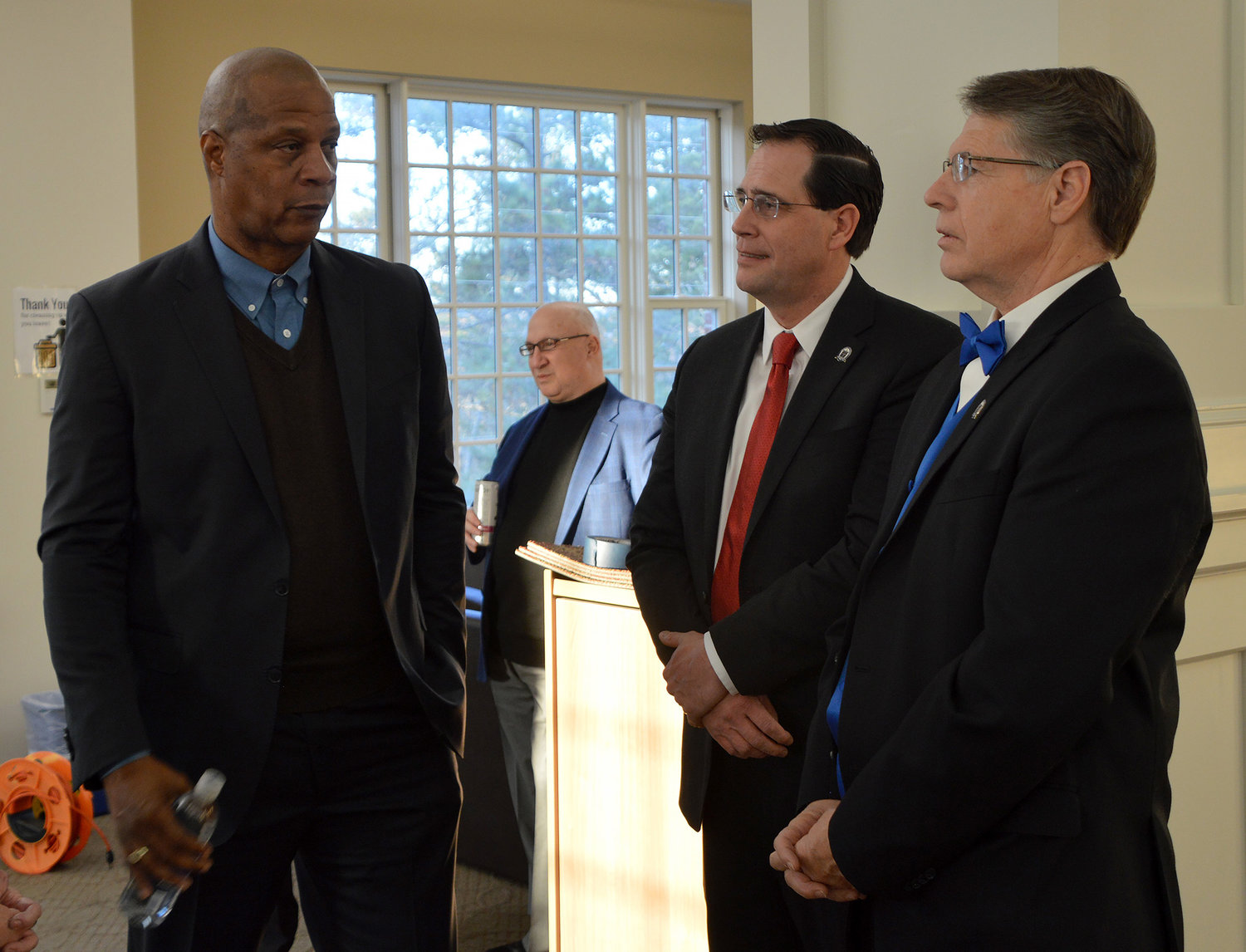 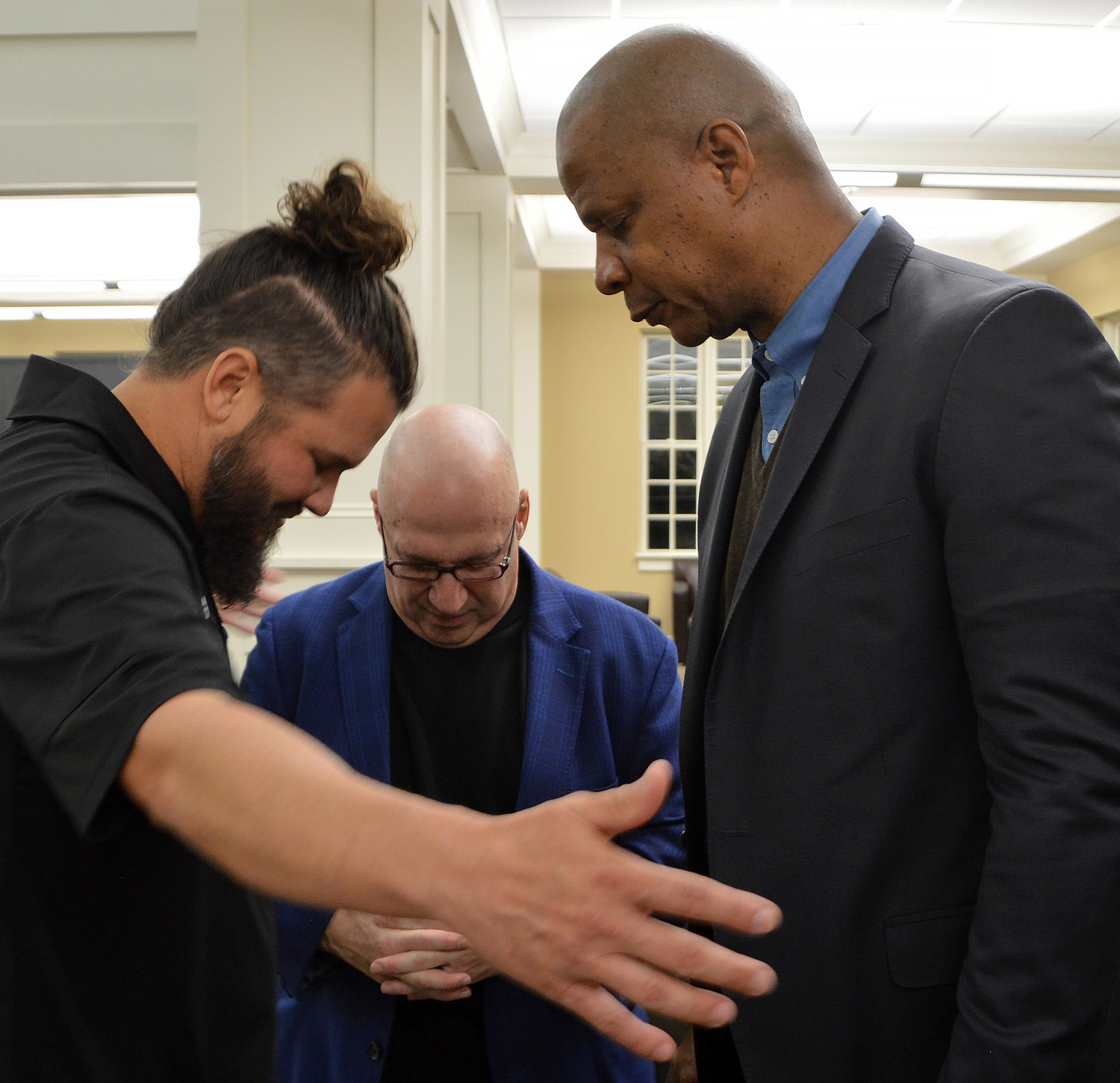 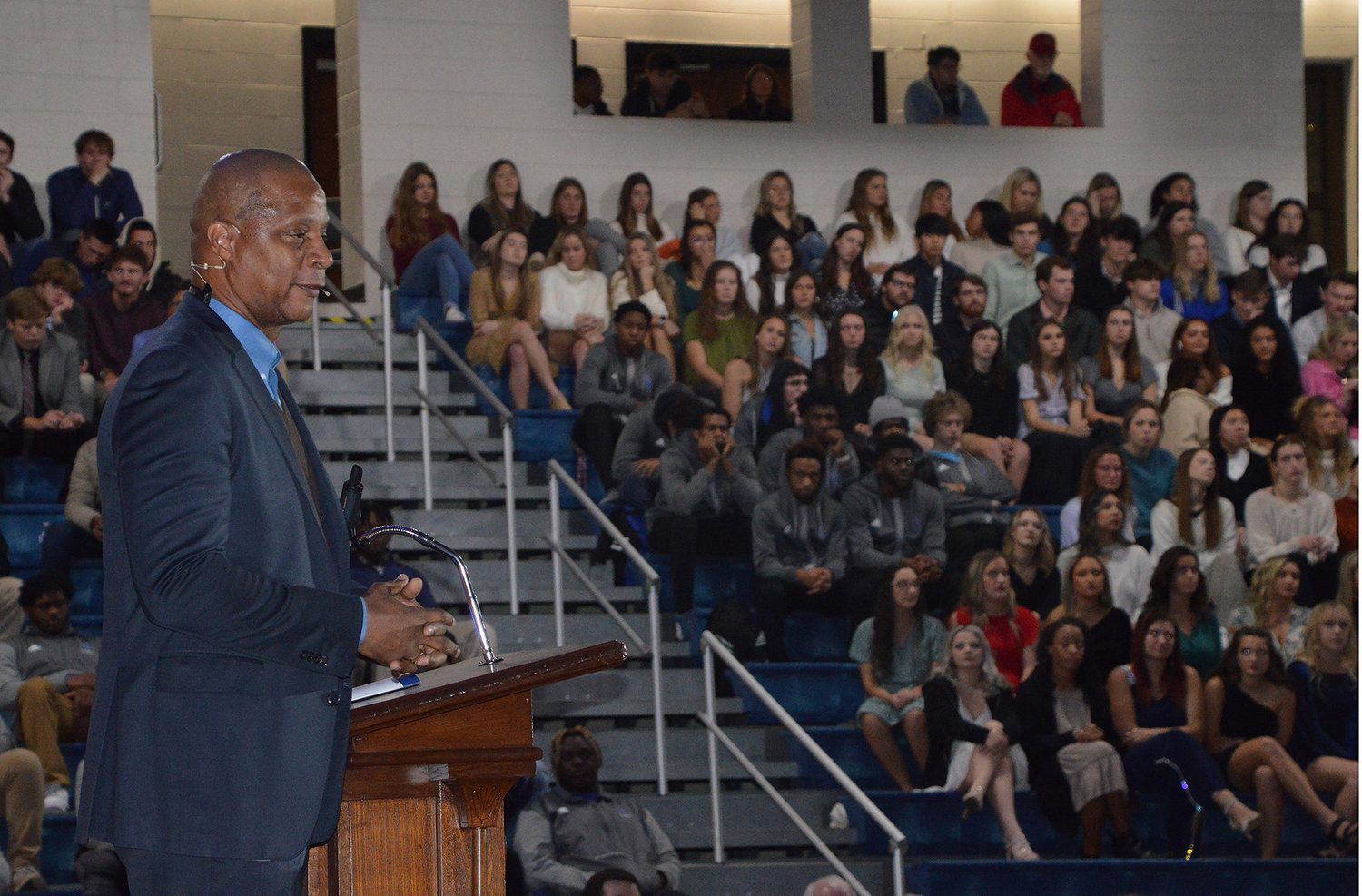 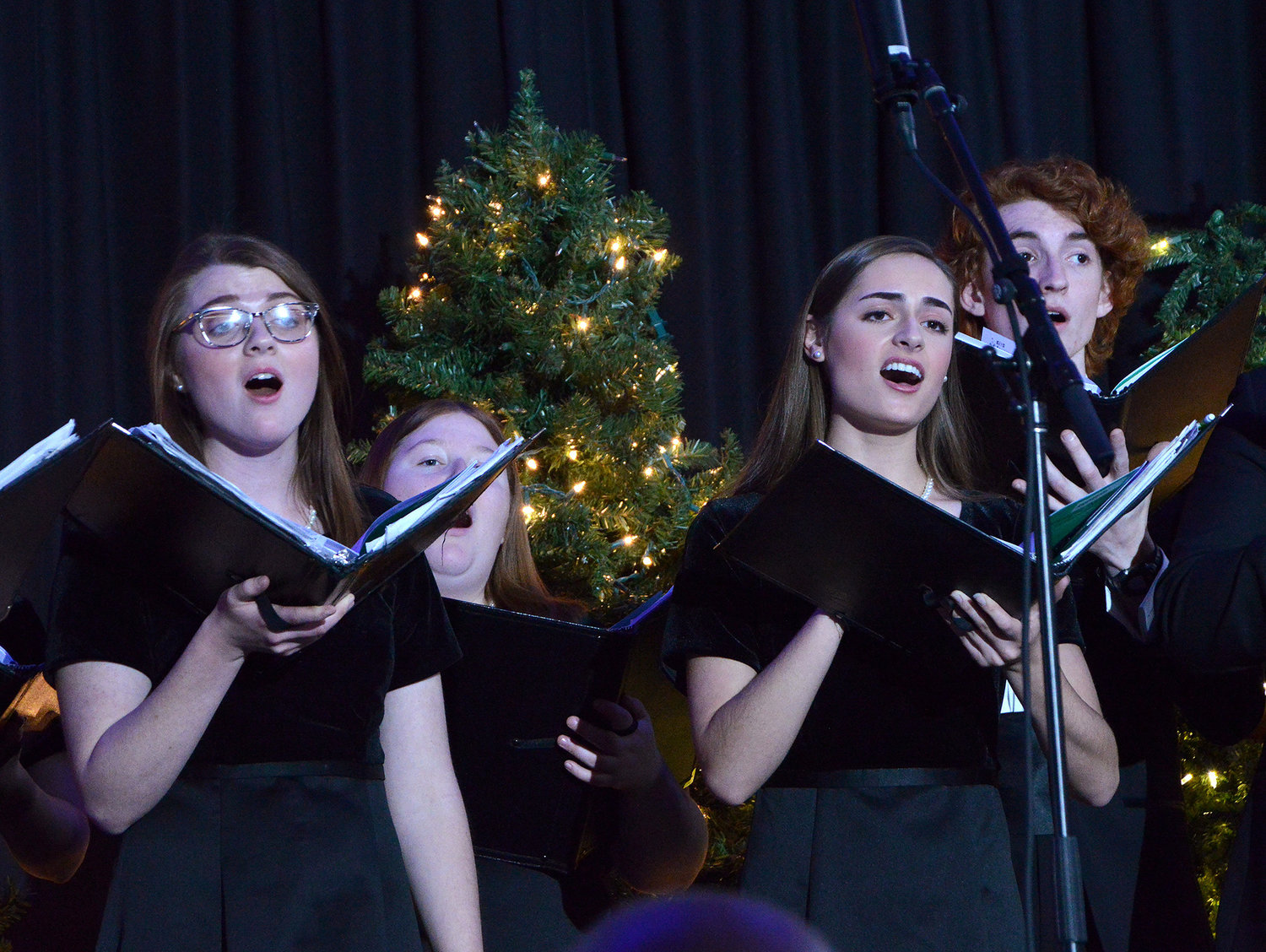 Members of the Shorter Chorale sing during the President’s Gala at Shorter University in Rome, Ga., Dec. 1, 2022. (Index/Henry Durand) 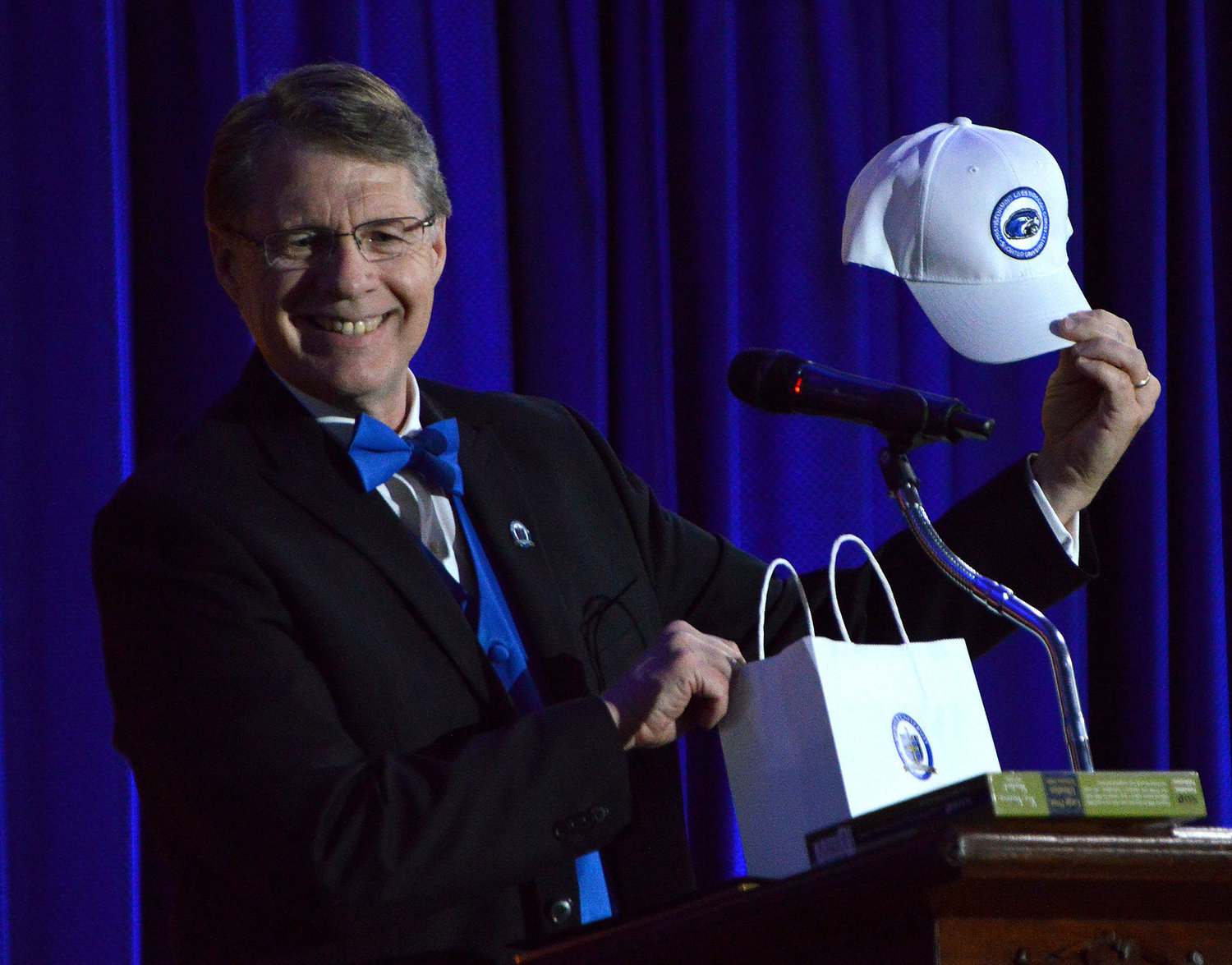 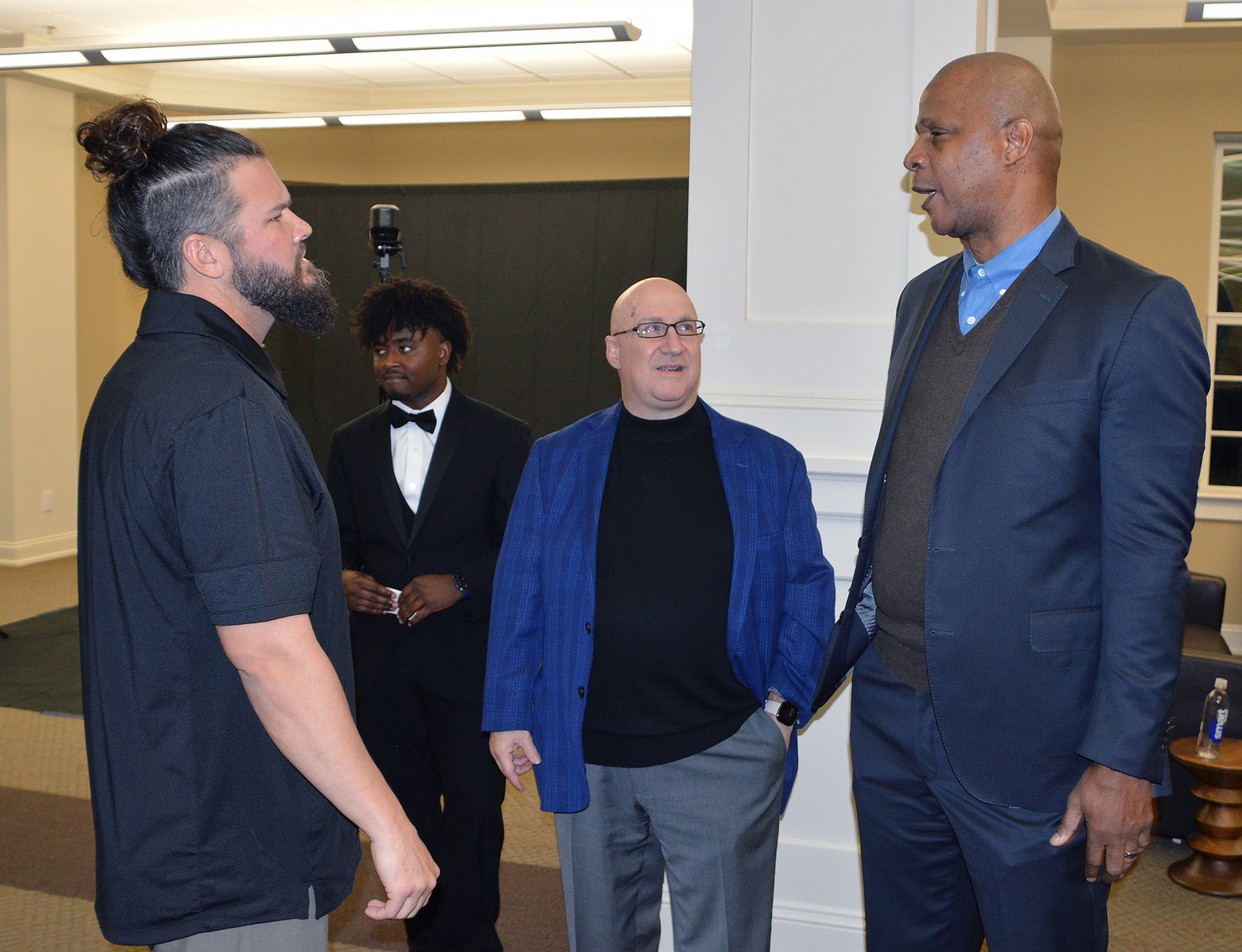 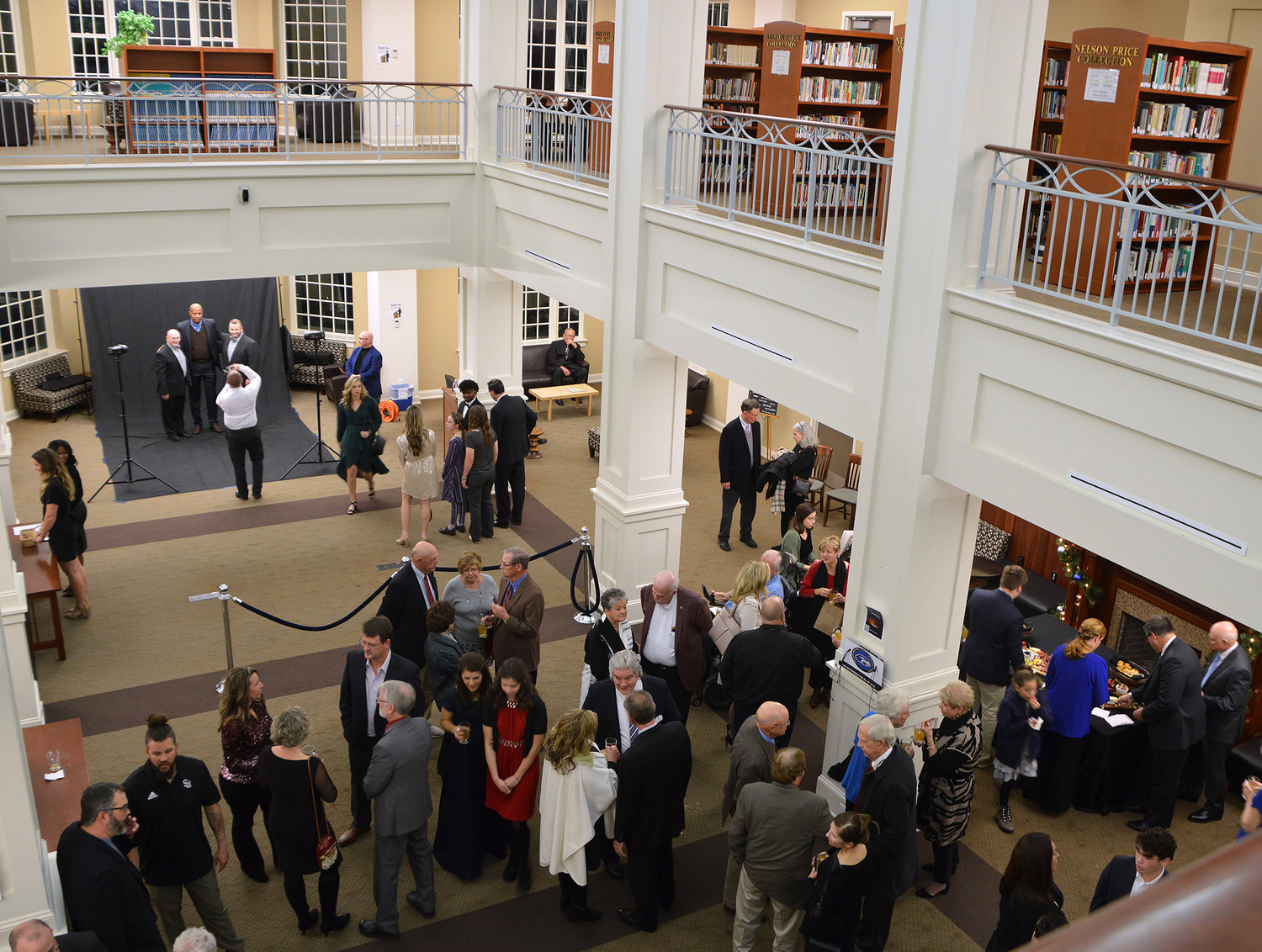 Sponsors and guests gather in the Price Learning Center at Shorter University during the President’s Gala in Rome, Ga., Dec. 1, 2022. (Index/Henry Durand) 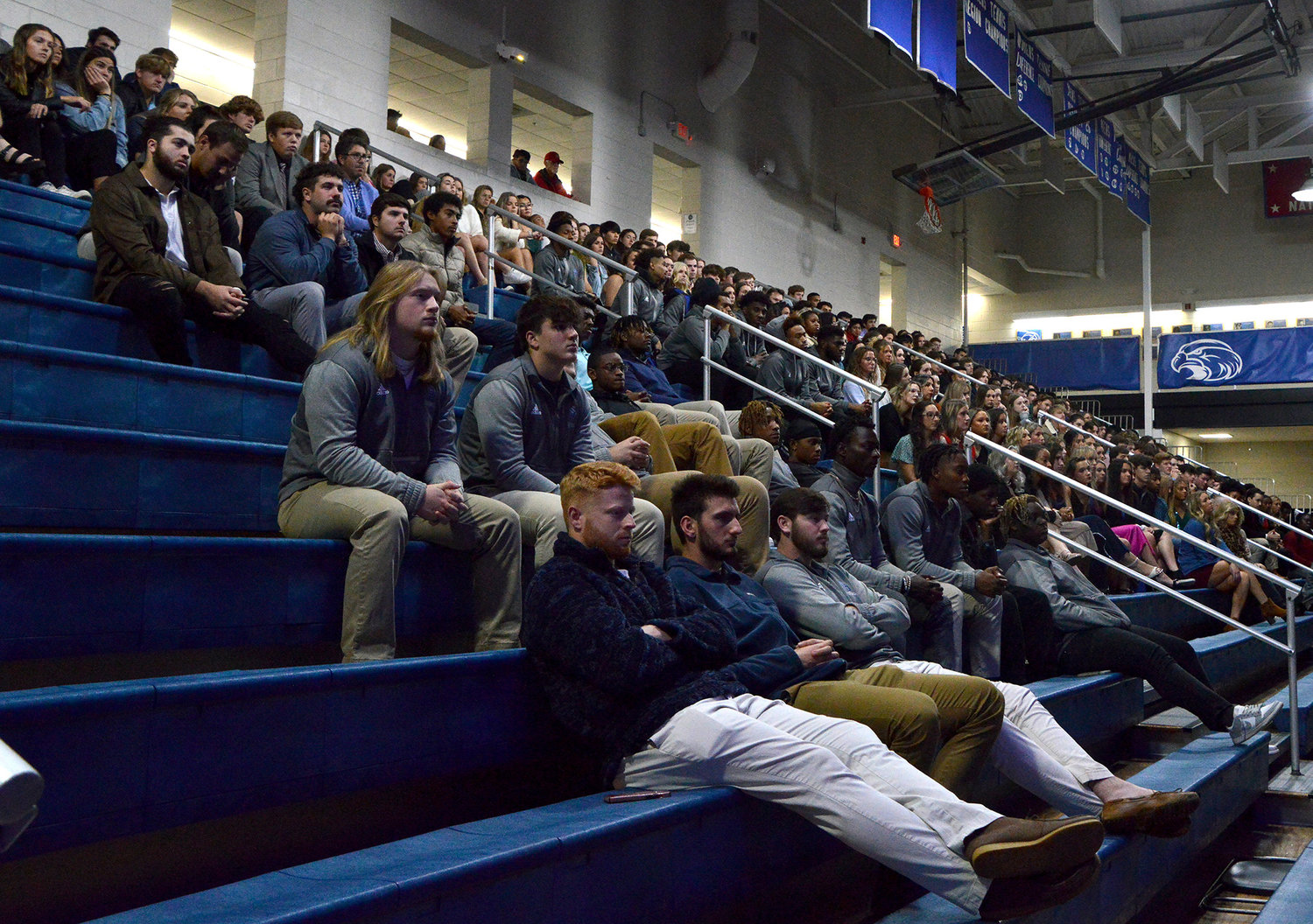 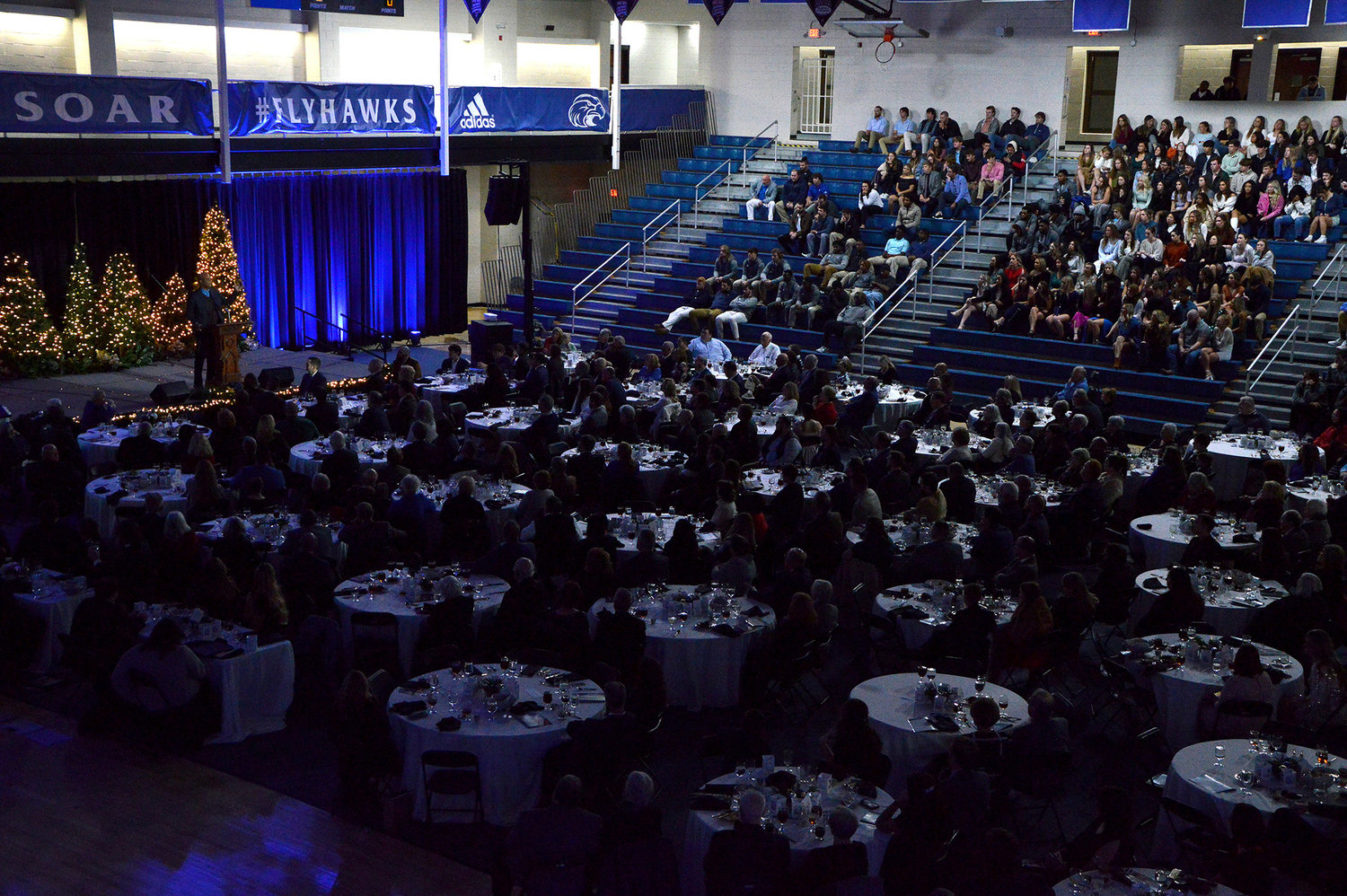 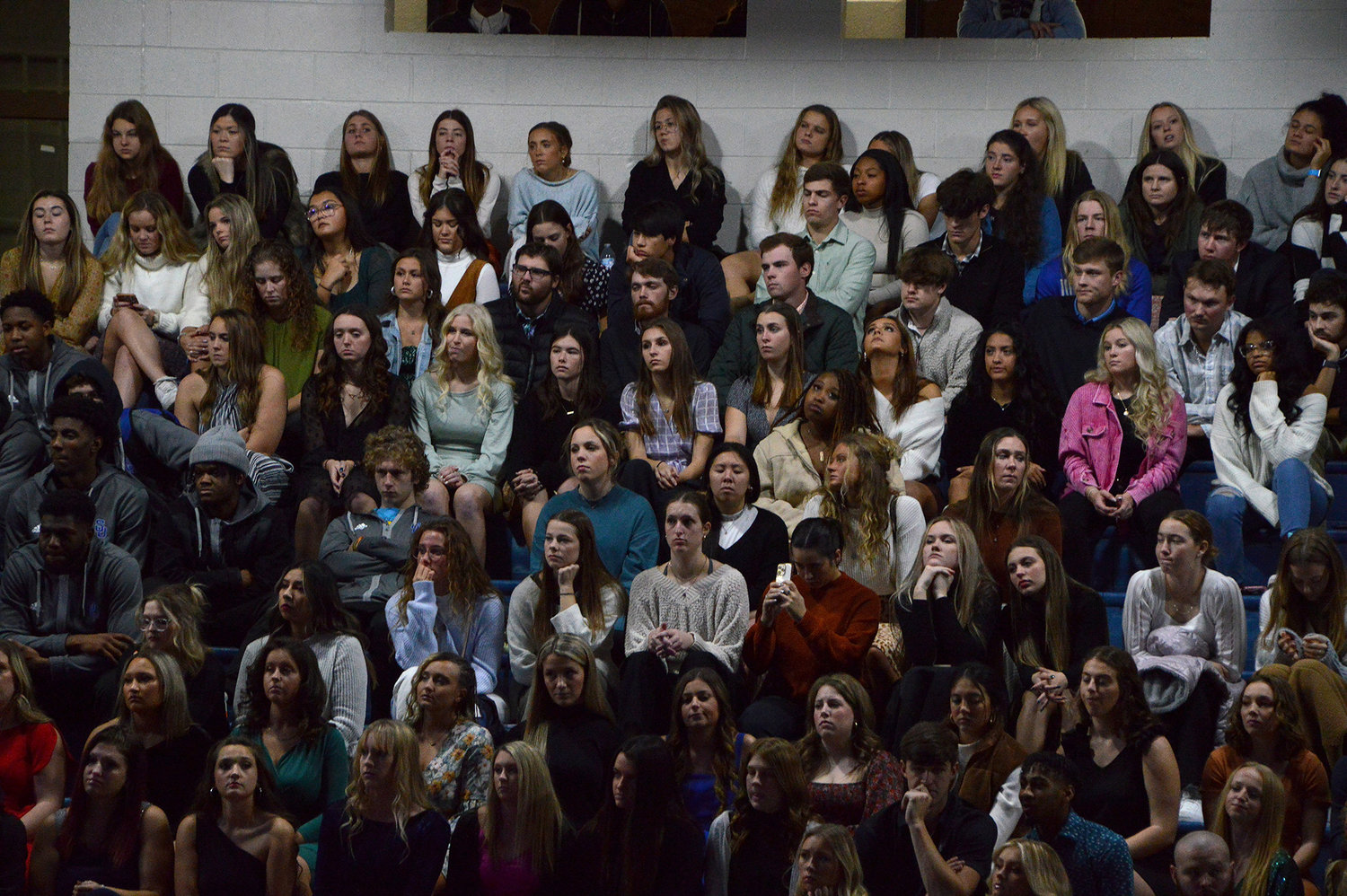 The eight-time All-Star and four-time World Series Champion was the guest speaker at Shorter’s President’s Gala at the school last Thursday. Shorter President Dr. Don Dowless described Strawberry as “somebody who has gone through the darkest part of life only to find redemption in Christ.“

Sponsors and their guests had an opportunity to meet the former slugger and have their photos taken with him before enjoying dinner in the school’s gymnasium. As guests finished their meals on the floor of the arena, student-athletes began filtering into the space and taking up seats in the stands. When Strawberry rose to speak, it was to a packed house.

Strawberry shared his powerful testimony, telling of how he fell from the pinnacle of professional sports to the depths of despair and drug addiction.

“I had the cars, the houses, the women, the drugs," he said. "I was very lost and tormented, but now I am found and free in Christ Jesus.”

After his mother’s death, Strawberry‘s sister found a journal under her bed. In it, their mother had documented her prayers for her children, including one that God would knock Strawberry off his throne and save him.

That prayer was answered. Strawberry’s stellar career was derailed by addictions, abuse, divorce and cancer, and he was eventually brought to the point where he turned his life over to Christ. And God was able to use Strawberry to win his siblings and even his abusive father to Christ.

Despite his impressive resume, Strawberry is quick to give God all the glory for his success after baseball. The school’s athletes heard a clear presentation of the gospel from the former home-run hitter, clearly laying out the need for a Savior.

“I live a victorious life, though there is nothing great about me," he said. "Christ has given me something I don’t deserve – grace."