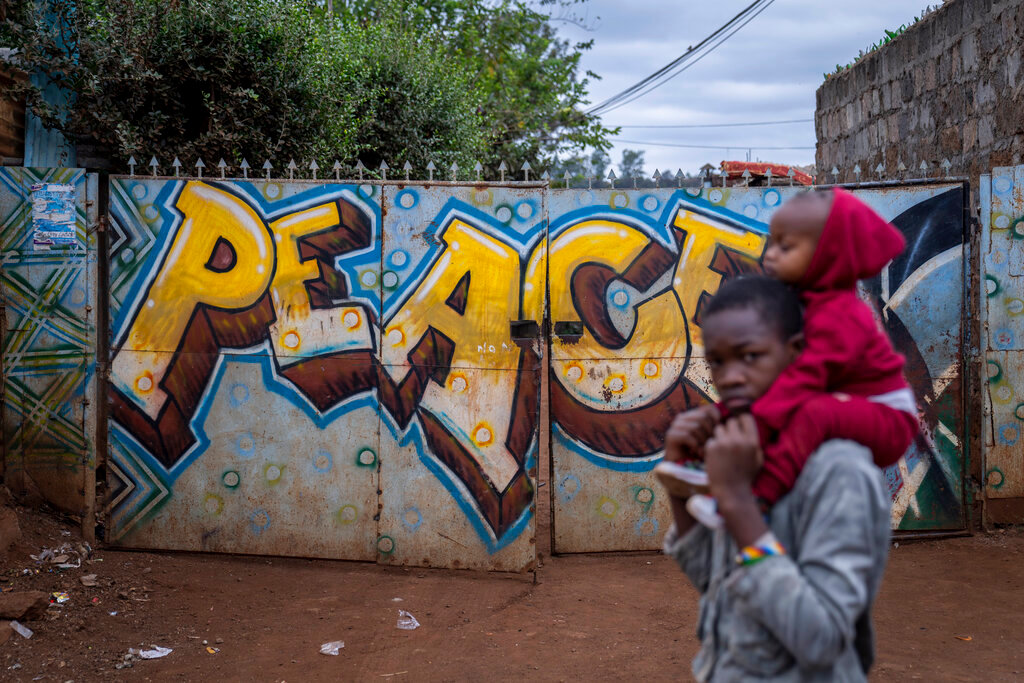 A boy carries a baby past a gate on which is written "Peace" in the Kibera neighborhood of Nairobi, Kenya Sunday, Aug. 14, 2022. (AP Photo/Ben Curtis) 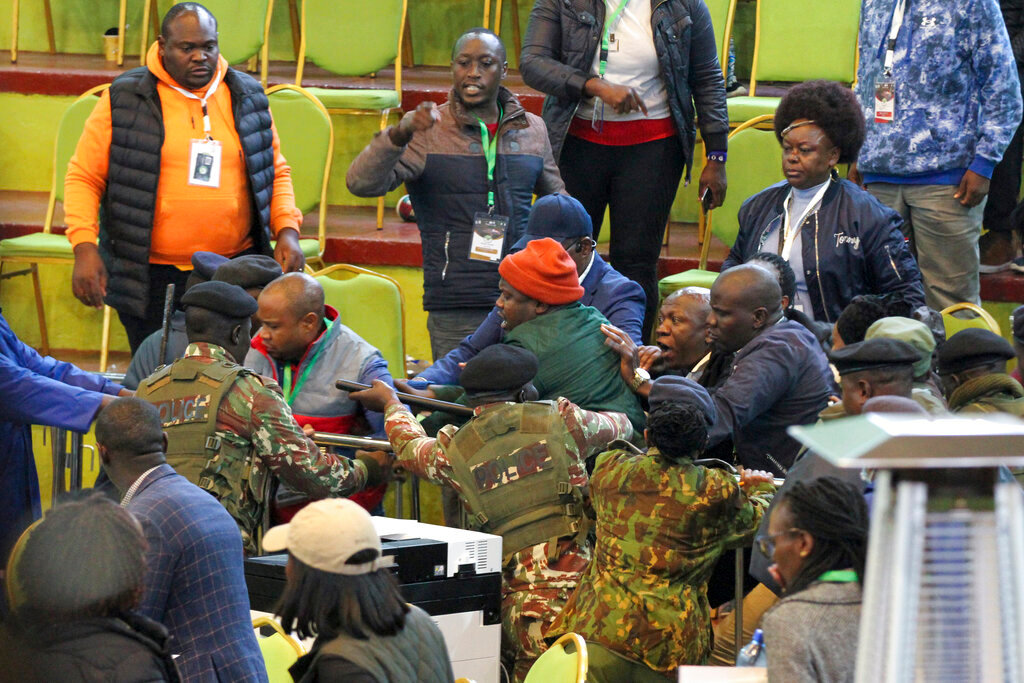 An agent for longtime opposition leader and candidate Raila Odinga announced from the lectern that the tallying center was the “scene of a crime” before calm was restored late Saturday. The agent, Saitabao Ole Kanchory, offered no evidence in the latest example of the unverified claims that both top campaigns have made as Kenya waits for official results.

The electoral commission has seven days from Tuesday’s election to announce results. Chair Wafula Chebukati on Saturday again said the process was too slow, and the commission told nonessential people watching at the center to leave.

Police remained at the center on Sunday morning.

“We must all avoid raising tensions that could easily trigger violence,” local human rights groups and professional associations said in a joint statement Sunday urging restraint from candidates and their supporters.

The race remains close between Odinga and Deputy President William Ruto as the electoral commission physically verifies more than 46,000 results forms electronically transmitted from around the country.

Turnout dipped sharply in this election, to 65%, as some Kenyans expressed weariness with seeing long-familiar political leaders on the ballot and frustration with economic issues including widespread corruption and rising prices. Outgoing President Uhuru Kenyatta crossed the ethnic lines that have long marked politics by backing Odinga. The president fell out with his deputy Ruto years ago.

Past elections have been marked by political violence, but civil society observers, police, religious leaders and others have said this one has been peaceful.

In western Kenya, residents said they were tired of waiting for results, but stressed that they were also sapped from the turbulence of the past.

“We aren't ready for any violence here,” said Ezekiel Kibet, 40, who said he would accept the results if the process is transparent. “We are thinking of how our kids will go back to school.”

“Let whoever will win rule us,” added Daniel Arap Chepkwony, 63. “Many people think that we here will come out with our weapons, but we will not.”