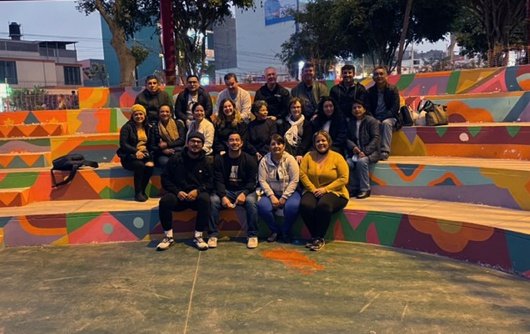 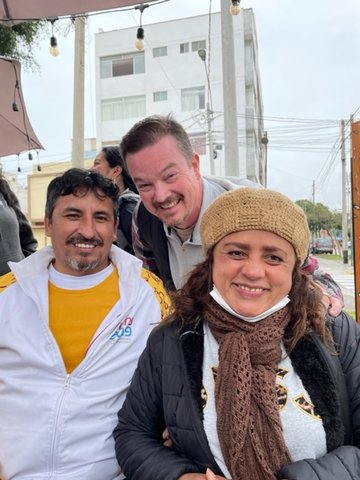 Spring said his congregation has been traveling to work in Peru for many years, but has only been visiting the capital city of Lima for the past five.

The COVID-19 pandemic put a stop to the trips, and also devastated Lima. Spring said during the church’s first post-pandemic trip to the country this summer, he could sense the great need.

“I didn’t talk to one person who didn’t lose somebody that they loved dearly. A mother, father, brother, sister or child,” he said.

“I would use COVID as way to make a connection and ask them how it affected them and their family. We focused on conversations not on any religious debates, but on if a person has a relationship with Jesus and if they would like one.”

During the trip, First Baptist worked with one of the church plants it has partnered with before. The combined groups would serve, share the Gospel and invite people to the local church’s worship service. The goal on each trip is for the local church to take the lead and to connect those who make decisions with believers in their own community.

“We don’t want to do anything where we just come and then leave the churches with nothing or abandon them” Spring said.

“The locals are the ones they can connect with about the church and spiritual growth. We let them do the sharing a lot of the times. For us, it’s as much about teaching those in the Peruvian church plants to share the Gospel as much as it is about us sharing the Gospel.”

After making trips to various areas in Peru for years, Spring said the church wanted to expand its ministry into the capital city, so it reached out to an International Mission Board missionary couple stationed in Lima. The missionaries had once served in Venezuela and knew of a church planter named Ariste Perez who had fled Venezuela, along with his wife Marylin, and was now ministering with and working with Pastor Pepe Lopez at Morada de Dios in Lima.

Lopez had mentored Perez, and the two realized they shared a strong passion for multiplication. Together, they developed a goal of planting 20 churches in Lima out of Morada de Dios.

Spring said the church has hosted five different trips with around eight people each time, and during each one, people in Lima have made decisions for Christ.

“The folks from Morada are brothers and sisters in Christ and family,” Spring said. “I consider them as a part of my church just like they consider me part of their church. Pepe and Ariste are good friends and we always stay connected. That’s how it’s supposed to be. Peru has really fed me personally in my walk with Christ, and I love the people down there I get to serve with.”

Spring, who serves on the SBC Executive Committee and was elected chairman of the Committee on Missions and Ministry at the June EC meeting, said what First Baptist is doing is simply fulfilling the same Great Commission, just as every Southern Baptist church is called to do.

“From a church perspective, you are supposed to do your part in fulfilling the Great Commission,” he said.

“Peru is a place that God has put on our hearts to go to. It’s a measure of discipleship when people are willing to go, and there is nothing better to help you grow spiritually than to go. It brings you closer to God and closer to your church.

“Any church can do this, and as a pastor, the biggest joy I get is seeing God work in the people that go on the trips that are shepherding in a way that’s bigger than me. Churches should pray that God would put some area around the world on their heart, and then connect with the IMB and see how and when you could serve there.”