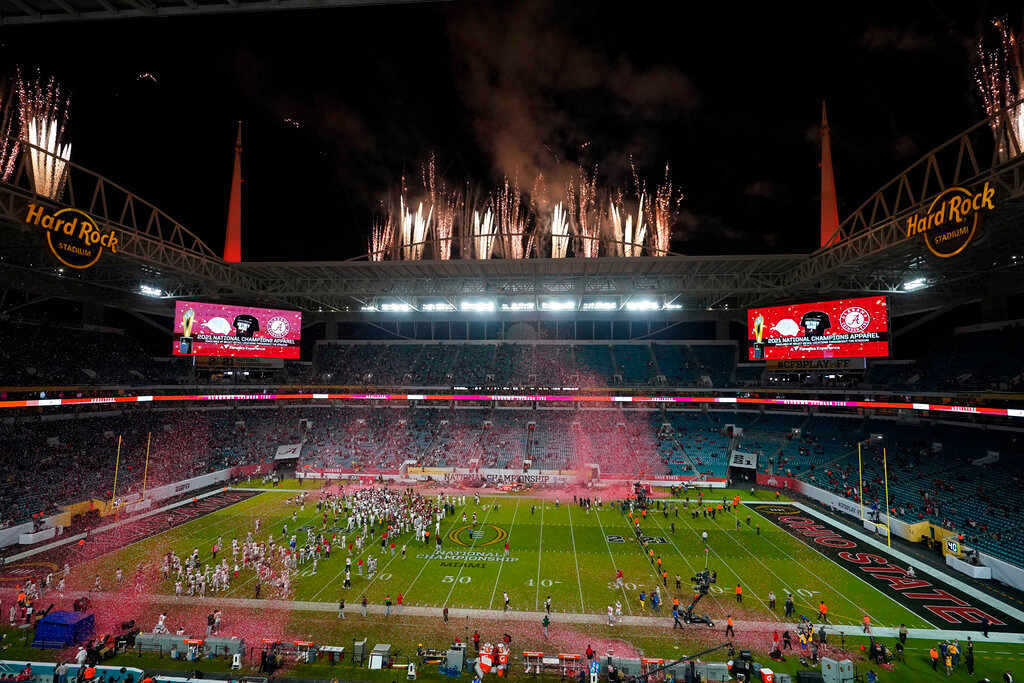 Atlanta and South Florida have been selected to host College Football Playoff national championship games for the second time.

The CFP announced Monday that Miami Gardens, Fla,, would be the site of the title game scheduled to be played in January 2026, the final game of the current 12-year media rights deal with ESPN.

"South Florida was a great host for the 2021 national championship game despite the event having to be scaled back because of COVID-19, and we look forward to returning in 2026 with a full complement of events and activities during national championship weekend,” CFP Executive Director Bill Hancock said in a statement.

The game between Alabama and Ohio State was limited to about 15,000 fans because of COVID-19 restrictions. The stadium holds more than 65,000.

In its announcement, the CFP said the host of the 2025 game also was selected and would be announced at a later date.

A person familiar with the decision, speaking to The Associated Press on condition of anonymity because the official announcement had not been made, said Atlanta would be the site of that game.

A news conference has been scheduled  on Tuesday to make the announcement. Georgia Gov. Brian Kemp and Atlanta Mayor Andre Dickens are scheduled to attend.

The first Alabama-Georgia championship game in 2018 was played in Atlanta and won by the Crimson Tide in overtime.