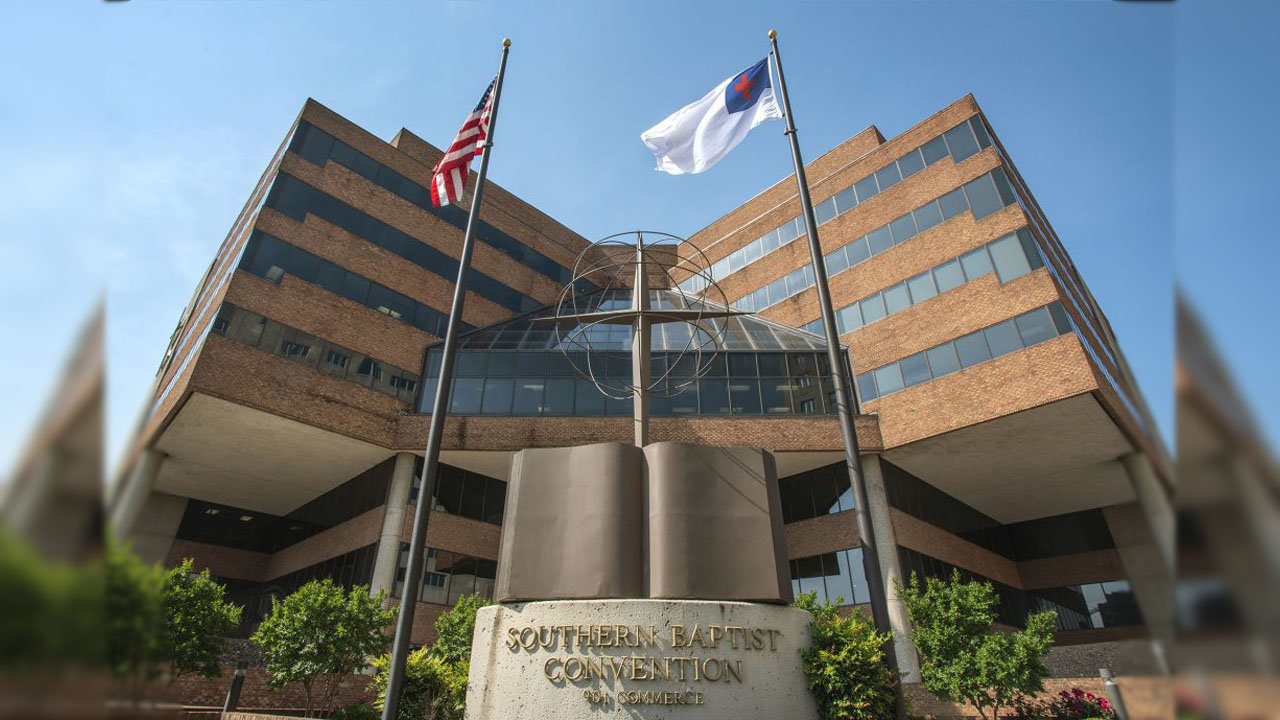 Flags float on a breeze outside the Southern Convention offices in Nashville.
Posted Wednesday, May 18, 2022 9:17 pm

Editor's note:  What follows is a joint op-ed from Rolland Slade, chairman of the Southern Baptist Convention's Executive Committee, and Willie McLaurin, interim president of the Executive Committee,  about a sexual abuse report that's expected to be released on Sunday.

Ecclesiastes, one of the great wisdom books in the Old Testament, contains a familiar passage ascribing times for everything and seasons for every activity under the heavens.

Among them, there are times to weep, to mourn, to search and to uproot.

These are the times in which we find ourselves in the Southern Baptist Convention as it regards sexual abuse in our network of churches.

Scripture is to guide our lives as believers, and it should also guide our thinking, our actions and our posture as we anticipate this weekend’s release of Guidepost Solutions’ independent, third-party investigation into allegations of mishandling of sexual abuse claims by former members and staff of the SBC Executive Committee.

This is a time and season to search out our shortcomings, a time to embrace the findings of the report, a time to rebuild the trust of Southern Baptists, and a time to heal by meeting the challenges required with the necessary changes expected in the forthcoming report.

The messengers to the 2021 SBC Annual Meeting in Nashville—as well as many state convention meetings last fall—were crystal clear about their direction and desire to enter a season of searching for allegations of abuse, mishandling of abuse, mistreatment of victims, patterns of intimidation of victims or advocates and resistance to sexual abuse reform initiatives.

The subsequent report, which we have not seen and which will be released Sunday, is the result of months of hard work by countless individuals focused on a common cause: shedding light on how Southern Baptists have handled allegations of sexual abuse in the past.

Later in Ecclesiastes, the writer reminds us that “God will bring every act to judgment, including every hidden thing, whether good or evil.”

That time is upon us.

The SBC Executive Committee has opened its books before Southern Baptists. While the time for the investigation may be over, this is now a time to humble ourselves, to accept the findings of the report, to listen, to work cooperatively and to find new ways to engage the hearts of the wounded among us so that they may feel heard and protected.

We would ask Southern Baptists to join us in a season of earnest corporate prayer, confession and lament as we approach the release of the report as well as next month’s SBC annual meeting.

Only when we do that which we are called to do will it be a time to build, a time to laugh, and a time for peace.