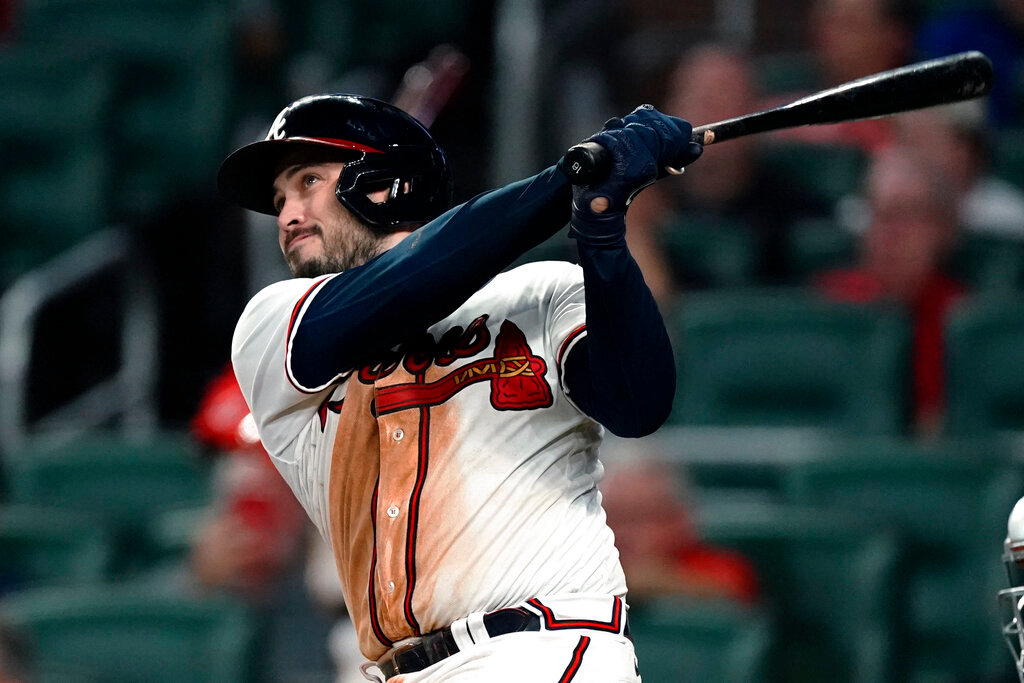 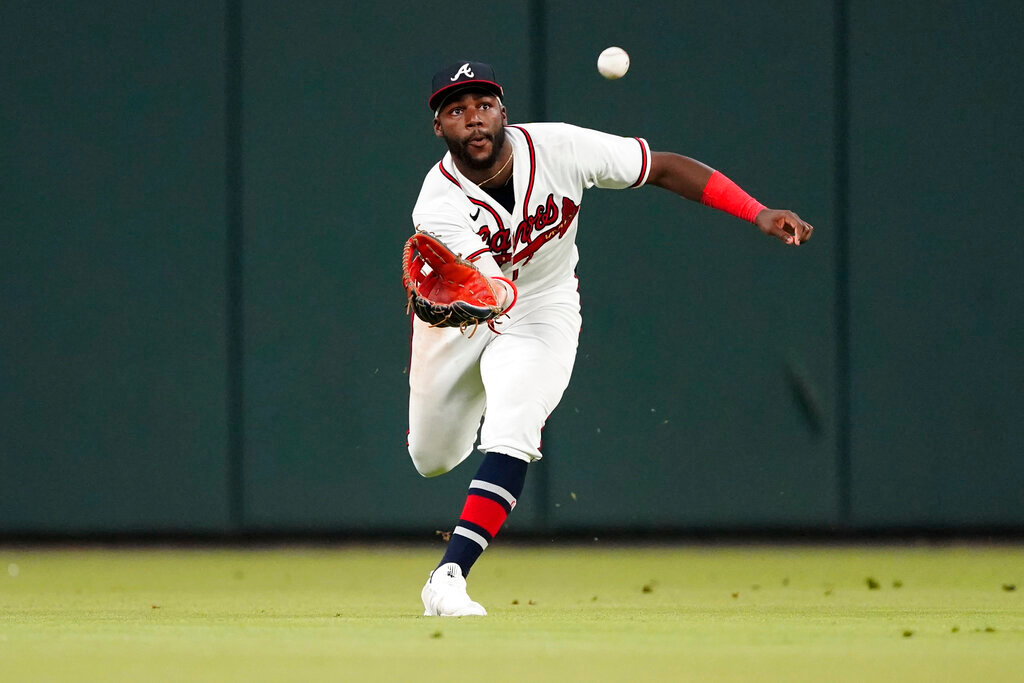 The second-place Braves moved within 4 1/2 games of New York for the NL East lead and put a brief halt to a hot streak in which the Mets had won 17 out of 20.

“We won the first game against the Mets in this series," Acuña said through a translator. “Tomorrow we're going to come with the same energy and take that one as well."

Carrasco (13-5) allowed three runs in two innings, and his outing was interrupted by a 55-minute rain delay in the second inning. He returned after the break to get the final out of the inning, but he winced on his last pitch and was pulled with left side tightness.

“We’re just going to wait to see how I feel tomorrow and go from there," Carrasco said. “This is my first time that I’ve felt something like this. It just happened on the last pitch of the game."

The Braves, who improved to 48-19 since June 1, sent 12 batters to the plate and blew the game open with an eight-run sixth on Michael Harris II’s single, Acuña’s double, Dansby Swanson’s two-run single, Matt Olson’s single and Travis d’Arnaud’s three-run homer.

Atlanta took a 3-0 lead in the second. After Contreras connected for the 16th time and Rosario went deep for the fourth, the Braves tacked on another run with two outs when Mark Canha lost track of a flyball by Acuña that went over the left fielder’s head and allowed Harris to score from first. Acuña was credited with a double. That was all before rain prompted umpires to call for the tarp.

Braves starter Spencer Strider (7-4) also returned after the delay and retired 10 of the last 12 batters he faced, the only blemishes a two-out walk to Starling Marte in the third and a leadoff double by Jeff McNeil in the fifth. McNeil advanced to third on the play when Acuña made an errant throw from right-center and scored on a groundout to make it 5-1.

Strider, a rookie, was coming off the shortest start of his career, a 6-4 loss at New York on Aug. 7. The right-hander struck out four and gave up three hits and one run in five innings.

“It's been eight days and we kind of had to restructure the rotation down in Miami," Strider said. “So I was eager to get out and pitch again. I was definitely a little rusty, and the rain delay didn't help, but I was able to go back out there and kind of eat some innings for the ’pen."

Atlanta went up 5-0 in the fourth on Acuña’s RBI double and Swanson’s RBI single. Vaughn Grissom crossed the plate on Acuña’s double, giving the rookie a run scored in each of his first six career games.

Braves manager Brian Snitker has been pleased to see Acuña returning to form after the three-time All-Star had a late start to the season recovering from ACL surgery. Acuña, who's hitting .377 in 14 games this month, has been particularly tough against the Mets, batting .370 against them this season with seven doubles, a homer, eight RBIs and five runs.

“We've been seeing it coming the last couple of weeks," Snitker said. “He's been getting better, better and better. You can see him getting his feet on the ground here now."

Carrasco gave up four hits with one walk and one strikeout. The right-hander had gone 5-0 with a 1.69 ERA over his last seven starts, and New York was 7-0 over that stretch.