Court battles continue across South in wake of Roe decision 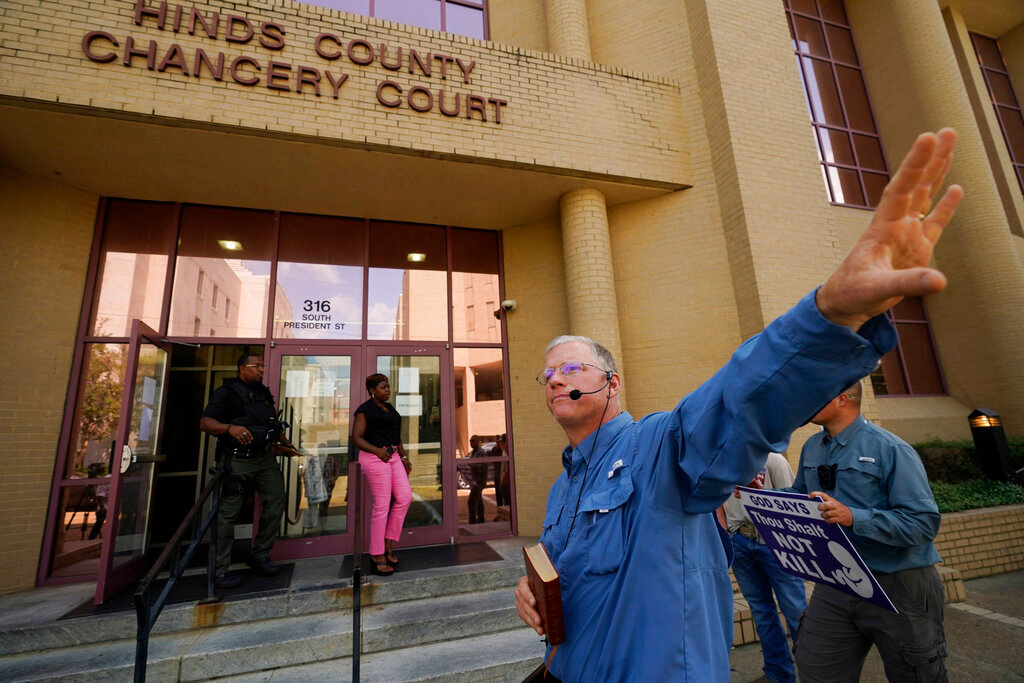 In Mississippi, a judge held a hearing but didn’t say how or when she would rule in a lawsuit filed by the state's only abortion clinic, which is trying to remain open by blocking a law that would ban most abortions in the state.

Mississippi was one of several states with a “trigger” law contingent on the Supreme Court overturning Roe v. Wade. The law was passed in 2007 and has never been challenged in court. It says abortion will be legal only if the pregnant woman’s life is in danger or if a pregnancy is caused by a rape reported to law enforcement. It does not have an exception for pregnancies caused by incest.

The state attorney general’s office said the Mississippi Constitution does not recognize a right to abortion and the state has a long history of restricting the procedure.

“In the past two weeks, the state of the law has changed dramatically,” the state solicitor general, Scott Stewart, argued Tuesday in court.

Florida’s new 15-week abortion ban was blocked but then quickly reinstated Tuesday, following an appeal from the state attorney general in a lawsuit challenging the restriction. Judge John C. Cooper issued the order temporarily halting the law after abortion providers argued that the state constitution guarantees a right to the procedure. The state quickly appealed his order, automatically placing the law back in effect.

The Florida law prohibits abortions after 15 weeks, with exceptions if the procedure is necessary to save the pregnant woman’s life, prevent serious injury or if the fetus has a fatal abnormality. It does not allow for exemptions for pregnancies caused by rape, incest or human trafficking.

In Louisiana, the state attorney general has asked the state Supreme Court to allow enforcement of a ban on most abortions. Louisiana’s anti-abortion statutes include so-called triggers that were designed to instantly take effect if the U.S. Supreme Court were to reverse abortion rights. But a state judge in New Orleans last week blocked enforcement of the law pending a court hearing on a lawsuit filed by a north Louisiana abortion clinic and others.

The Louisiana lawsuit says the law is unclear on when the ban takes effect and on medical exceptions to the ban. Tuesday’s filing by the attorney general’s office says the order blocking enforcement should be dissolved.