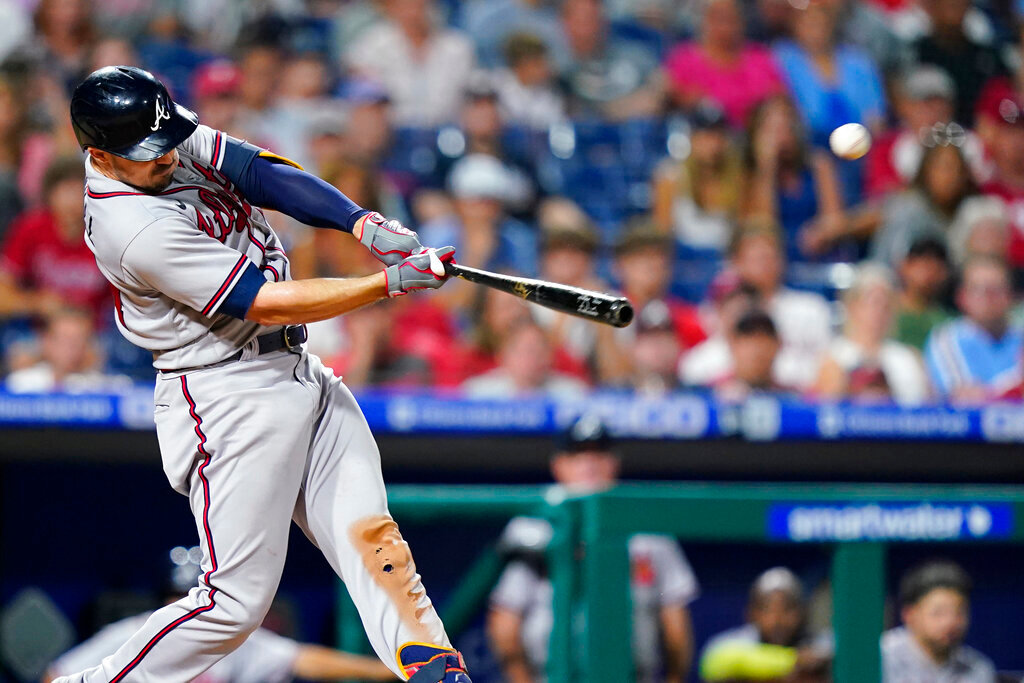 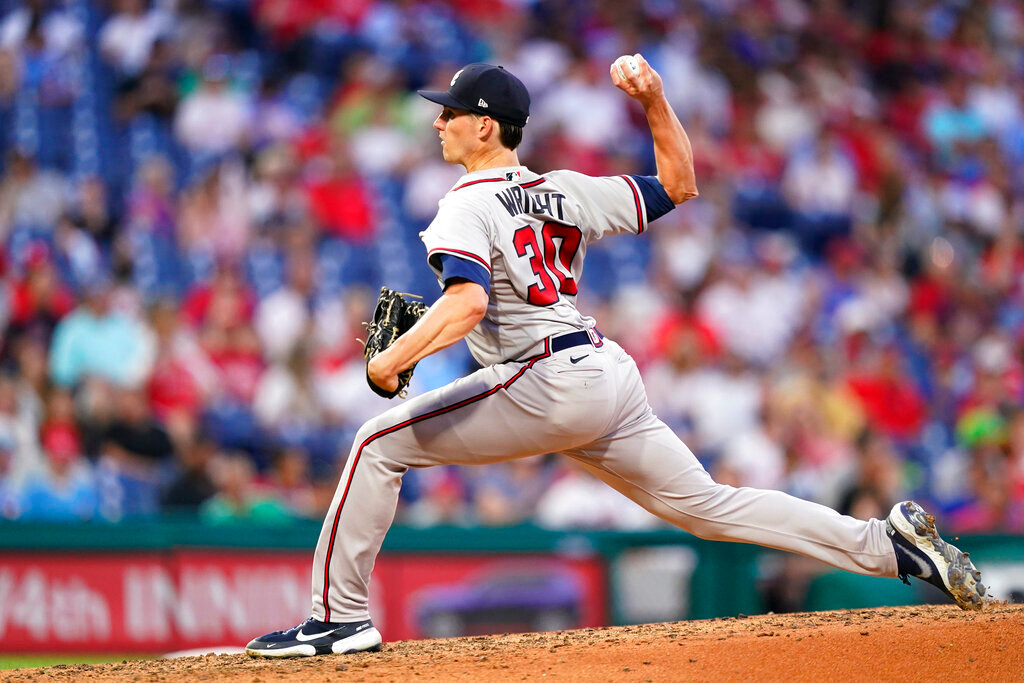 The Braves improved to 21-5 in June, matching the team record for most wins in a calendar month since the club moved from Milwaukee to Atlanta in 1966. They’ll try to set a new mark when they go for a three-game sweep on Thursday night.

“We’re playing good baseball,” Wright said. “Pitching, hitting, defense, we’re doing it all. I feel like this is what we're capable of. Just keep it rolling.”

Matt Olson hit a pair of doubles and William Contreras and Michael Harris II also had RBIs for the Braves.

Rhys Hoskins homered and doubled for Philadelphia, which played without star slugger Bryce Harper for the third straight game. Harper had successful surgery on his broken left thumb earlier in the day.

“We have to remind ourselves that we can’t replace him.There’s no replacing him,” Hoskins said of Harper. “If we just be ourselves, with the caliber of players we have in this room – sure, of course, we’ll miss him – but it doesn’t mean we can’t get to where we want to go with the guys in this room if we commit to being ourselves.”

There is no timetable for Harper’s return, but the Phillies remain hopeful the 2021 NL MVP can play again this season.

Wright (9-4) rebounded from two straight shaky outings and allowed one run on three hits with four strikeouts and three walks. He had given up nine earned runs on 21 hits in 11 1/3 innings over his last two starts.

After Hoskins’ solo shot off the left-field foul pole in the third put Philadelphia ahead, the Braves took control against Ranger Suarez (6-5).

Atlanta took a 2-1 lead with a pair of runs in the fourth. Olson led off with his second double of the contest and 43rd extra-base hit of the season before scoring on Contreras’ single.

It looked as if the inning was over when Duvall was ruled out at first to complete a 6-4-3 double play, but the call was overturned after a video review and Marcell Ozuna scored on the grounder.

“Huge in a game like this,” Snitker said of Duvall’s hustle down the line.

Duvall’s solo homer and Harris’ RBI single both came with two outs in the seventh, padding the Braves’ margin to three runs.

With closer Kenley Jansen sidelined on the 15-day IL with an irregular heartbeat, Will Smith finished with a perfect ninth, striking out two, for his third save in six chances.