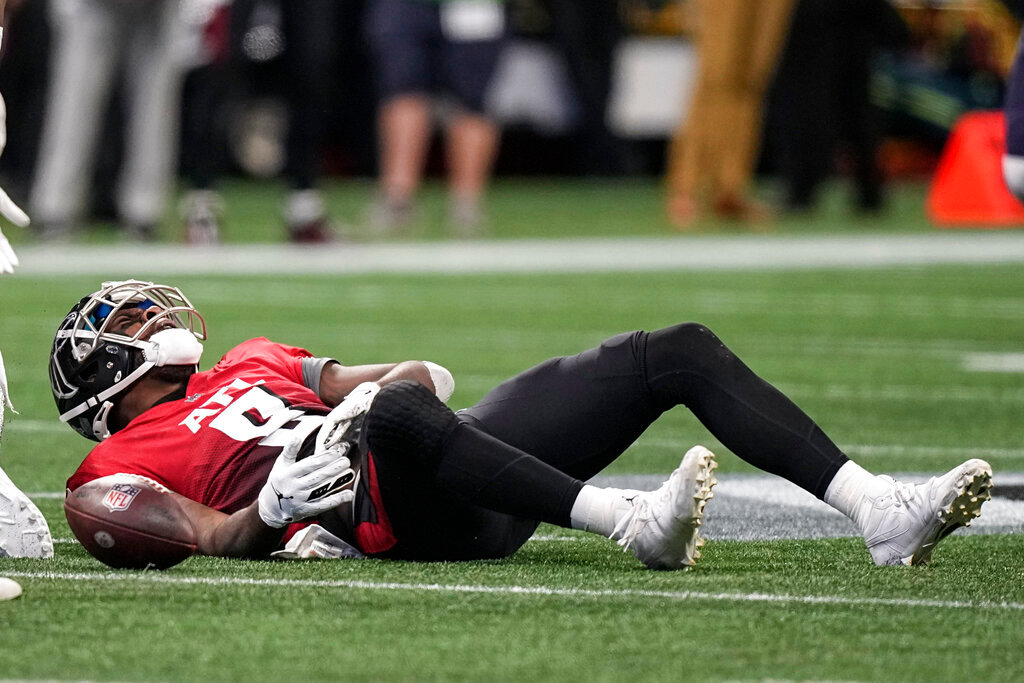 Atlanta Falcons tight end Kyle Pitts (8) lies on the turf after a hit against the Chicago Bears during the second half Nov. 20, 2022, in Atlanta. (AP Photo/Brynn Anderson, File)
Posted Wednesday, November 30, 2022 4:21 pm

FLOWERY BRANCH, Ga. (AP) — Atlanta Falcons tight end Kyle Pitts is done for the season because of a knee injury.

Coach Arthur Smith gave an update on Pitts' status Wednesday after the second-year player revealed on social media that he had a procedure on his right knee the day before.

Pitts, a Pro Bowler in his rookie season, sustained a knee injury in a Nov. 20 win over the Bears when tackled low. He was placed on injured reserve amid reports that he has sustained a torn MCL and would need surgery.

Smith said Pitts is expected to make a full recovery ahead of next season.

“There's nothing that concerns us going into 2023,” the coach said.

Pitts had a dynamic debut for the Falcons after being the No. 4 overall pick in the 2021 draft, hauling in 68 catches for 1,026 yards and one touchdown.

But his role diminished this season as Atlanta (5-7) went to more of a run-oriented offense after dealing quarterback Matt Ryan to Indianapolis and bringing in Marcus Mariota as his replacement.

Atlanta will host the Pittsburgh Steelers (4-7) on Sunday, still holding out hope of making the playoffs.

The Falcons are just a half-game behind Tampa Bay in the NFC South, where none of the four teams has a winning record.