'I'm very optimistic about Georgia Baptists; I think our greatest days are ahead of us and not behind us' 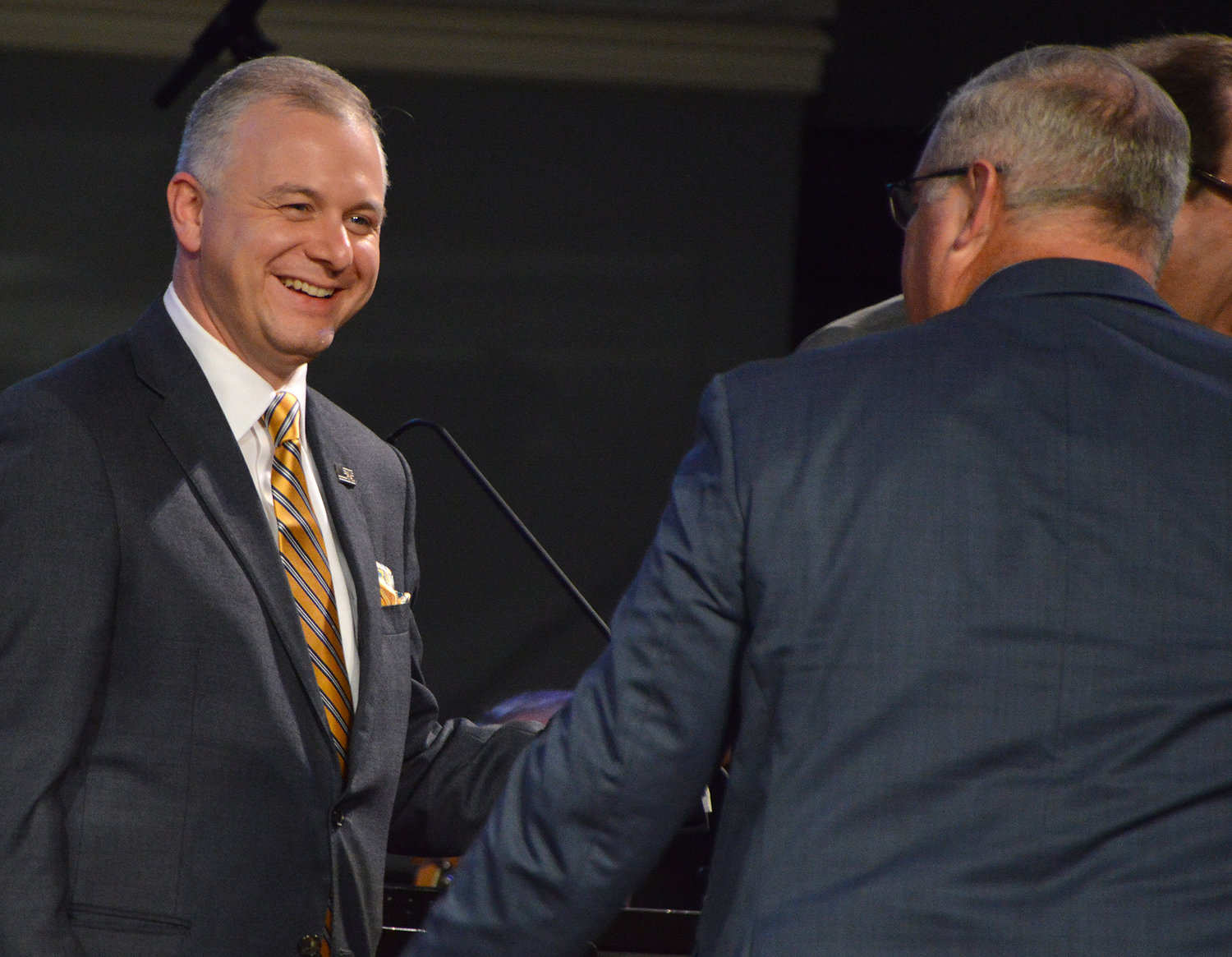 Newly elected president Josh Saefkow walks off the stage after his election as president was announced by outgoing president Kevin Williams, right, at the 200th annual meeting of the Georgia Baptist Convention in Augusta, Ga, Tuesday, Nov. 15, 2022. (Index/Henry Durand) 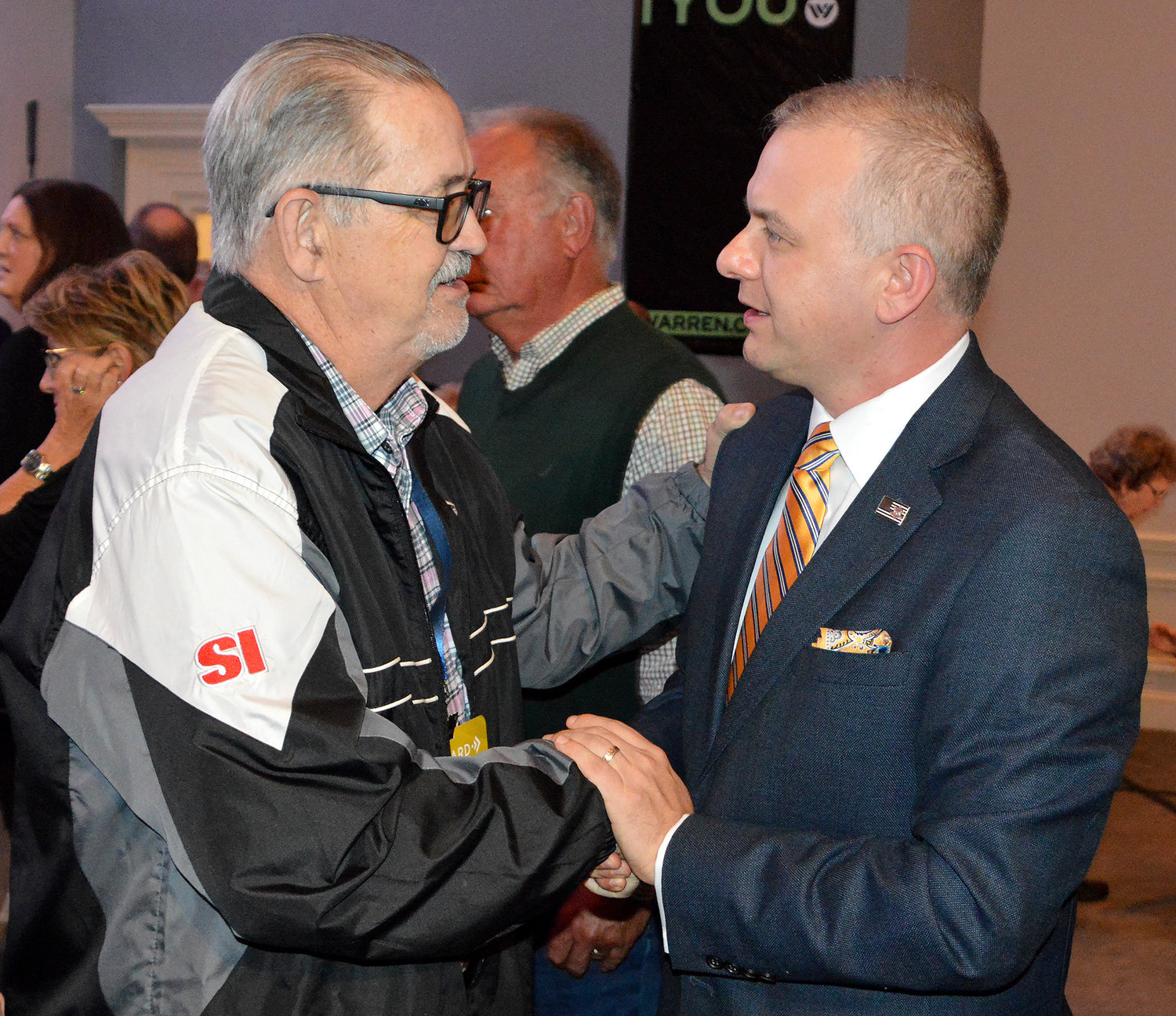 Jerry Cross, pastor of StraightForward Church, congratulates Josh Saefkow after he was elected president of the Georgia Baptist Convention at the 200th annual meeting of the GBC in Augusta, Ga., Tuesday, Nov. 15, 2022. (Index/Henry Durand) 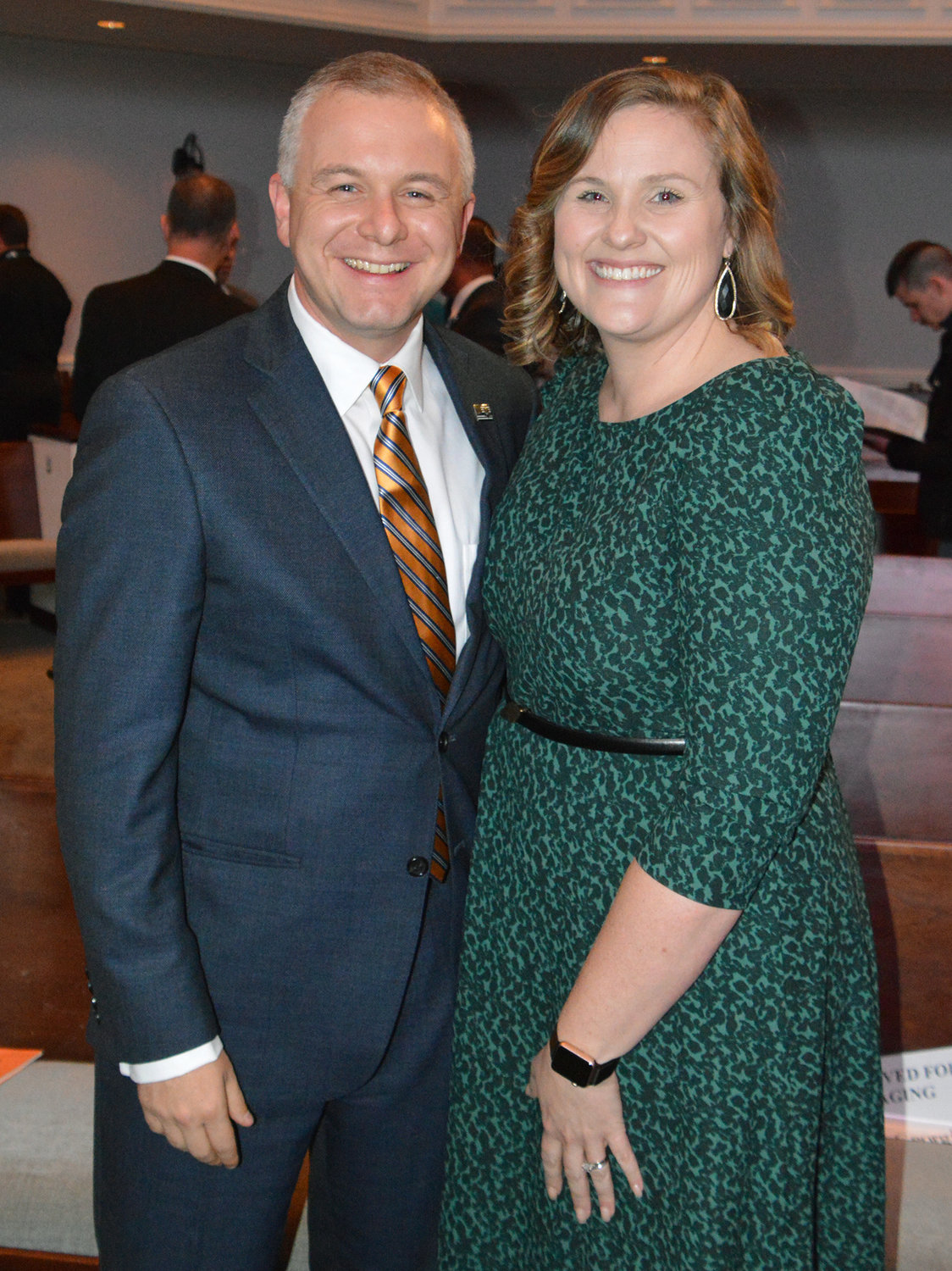 AUGUSTA, Ga. – Georgia Baptists chose Fayetteville Pastor Josh Saefkow as their president in an annual meeting in Augusta on Tuesday.

Saefkow, a respected denominational leader who has served in numerous roles in the Georgia Baptist Convention, was elected without opposition.

"I want to continue on the foundation that laid here in this meeting, and build on the unity we have seen," Saefkow said. "I think that's what made this convention so special. We reminded ourselves of what we are for -- prayer, ministry in the Word, evangelism, discipleship, missions."

"I'm thankful for the opportunity to pick up the mantle," he said. "It's humbling. The whole process has been humbling."

“In recent years, I have become more and more convinced that the men most needed in leadership throughout our convention are the men who are the least ambitious to obtain that leadership,” Fountain told the Index when he initially announced his intent to nominate Saefkow.

“His calm demeanor, humble spirit, quiet strength, and unifying presence is what Georgia Baptists need in current days,” he said.

Saefkow, 38, said he will be a champion for unity.

“I want to bring Georgia Baptists together to help fan the flame of the gospel of Jesus to bring more Georgians to Christ,” he told the Index. “This is a unique time, filled with lots of tensions. We’ve argued long enough. I want us to come together for the cause of Christ.”

Saefkow, who became a believer as a 12-year-old, holds a bachelor’s degree and two master’s degrees from Liberty University as well as a doctorate from Gateway Seminary of the Southern Baptist Convention.

Saefkow’s church gives 10 percent of all receipts, not just undesignated receipts, through the Cooperative Program. Last year, that amounted to nearly $188,000.

His church has had 62 baptisms so far this year.

Saefkow said he wants to use the presidency to fan the flames of evangelism across the state.

"I believe we can take the gospel to our cities," he said. "I'm very optimistic  about Georgia Baptists. I think our greatest days are ahead of us and not behind us."

Saefkow, who was an associate pastor at Abilene Baptist Church in Augusta before moving to Fayetteville, told the Index earlier this year that a simple, four-word prayer changed his ministry: “Lord, make me useable.”

David Wheeler, a professor of evangelism at the Liberty University Baptist Theological Seminary, said he’s not surprised that Saefkow has ascended to positions of leadership in the convention.

“That’s just Josh,” Wheeler said. “That’s who he is. I could see that a long time ago. He is an epitome of a pastor/evangelist. He loves people, and you don’t have to be around him long to know he loves Jesus.”

Saefkow and his wife Kelsie, a nurse in Fayetteville, have two daughters, Chloe, 11, and Sophie, 9, both of whom are Christ followers.