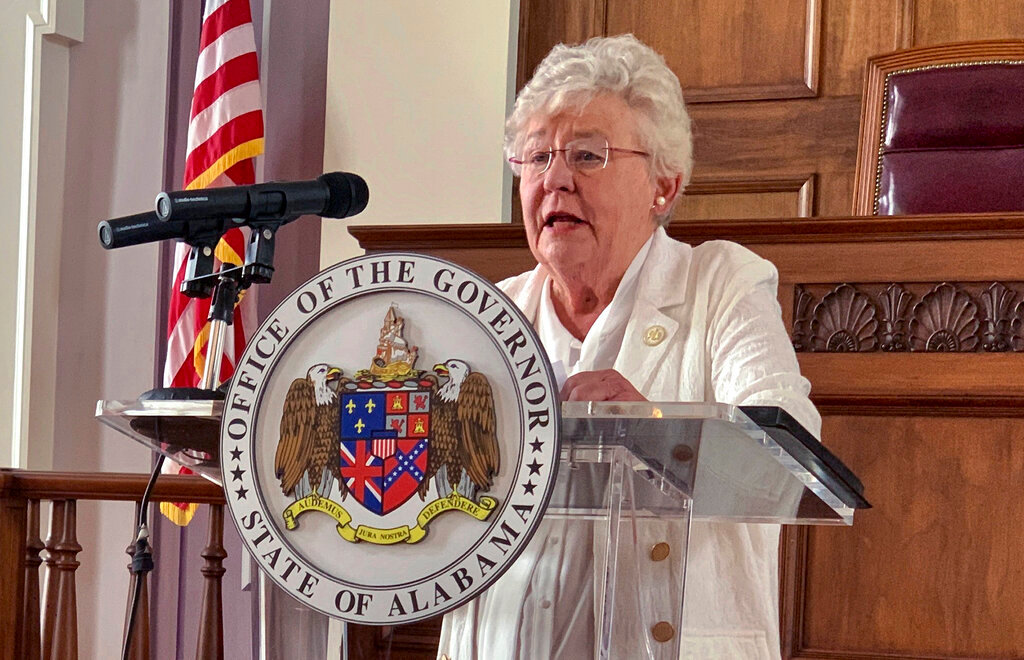 WASHINGTON (AP) — Alabama Gov. Kay Ivey, who in 2019 signed into law a near total ban on abortion, said the state will ask a judge to lift an injunction and clear the way for the state to enforce the ban.

At the time, the Alabama law was the nation’s most stringent abortion ban, making it a felony to perform an abortion at any stage of pregnancy with no exemption for pregnancies caused by rape and incest.

“Today is a giant step forward for our country as, after decades, Roe is finally overturned. Folks, after almost 50 years of standing up for unborn babies, our prayers have been answered,” Ivey said in a statement, adding “now that Roe is overturned, the state will immediately ask the court to strike down any legal barriers to enforcing this law.”

JEFFERSON CITY, Mo. - The state of Missouri is acting quickly to enforce a state law banning abortion in the wake of a U.S. Supreme Court ruling overturning Roe v Wade.

The 2019 Missouri law included a trigger provision making effective upon notification by the attorney general that the U.S. Supreme Court had overruled Roe v. Wade in whole or in part.

“With this attorney general opinion, my office has effectively ended abortion in Missouri, ” said Schmitt, a Republican who also is running for U.S. Senate.

CHARLESTON, W. Va. - The only abortion clinic in West Virginia is no longer performing abortions as of Friday.

The state has an abortion ban law on the books that makes providing abortions a felony carrying three to 10 years of prison time.

West Virginia Attorney General Patrick Morrisey and Republican Gov. Jim Justice applauded the high court’s decision Friday. Justice said he “will not hesitate” to call the Legislature into a special session if the state abortion law needs to be clarified.