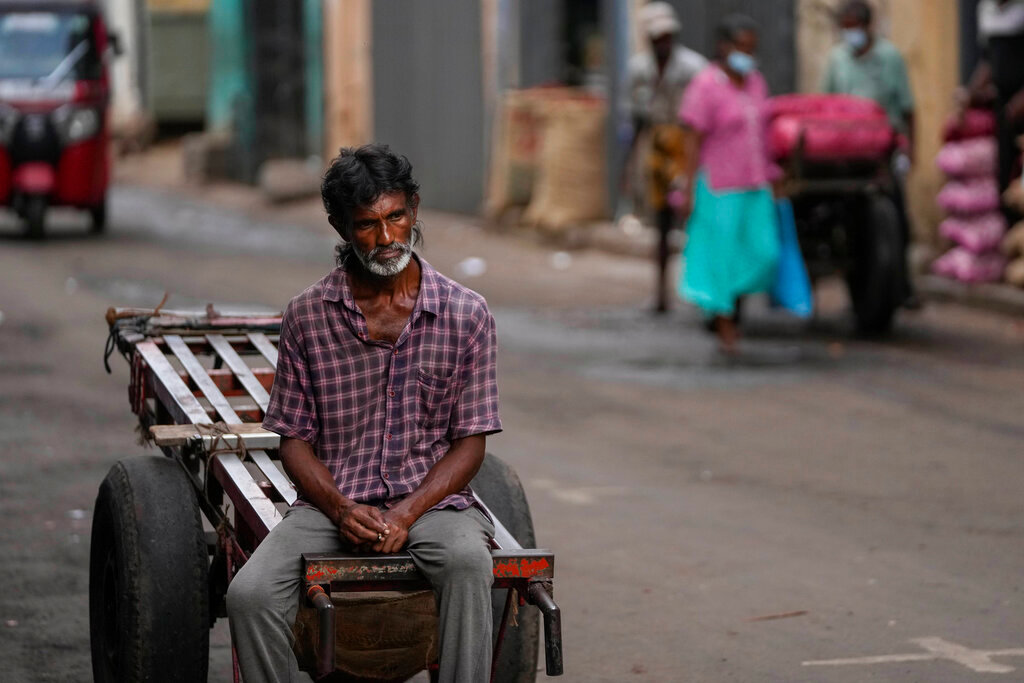 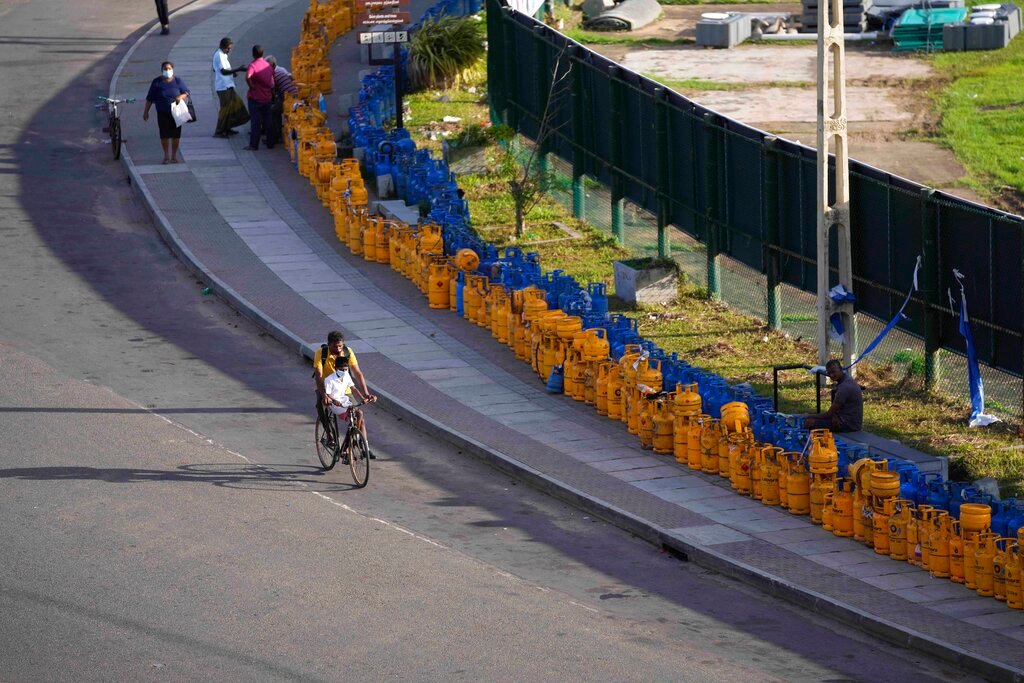 COLOMBO, Sri Lanka (AP) — Chamila Nilanthi is tired of all the waiting. The 47-year-old mother of two spent three days lining up to get kerosene in the Sri Lankan town of Gampaha, northeast of the capital Colombo. Two weeks earlier, she spent three days in a queue for cooking gas -- but came home with none.

A few years ago Sri Lanka’s economy was growing strongly enough to provide jobs and financial security for most. It's now in a state of collapse, dependent on aid from India and other countries as its leaders desperately try to negotiate a bailout with the International Monetary Fund.

What’s happening in this South Asian island nation of 22 million is worse than the usual financial crises seen in the developing world: It's a complete economic breakdown that has left ordinary people struggling to buy food, fuel and other necessities and has brought political unrest and violence.

“It really is veering quickly into a humanitarian crisis,’’ said Scott Morris, a senior fellow at the Center for Global Development in Washington.

Such disasters are more commonly seen in poorer countries, in sub-Saharan Africa or in war-torn Afghanistan. In middle-income countries such as Sri Lanka they are rarer but not unheard of: 6 million Venezuelans have fled their oil-rich home country to escape a seemingly unending political crisis that has devastated the economy.

Indonesia, once touted as an “Asian Tiger’’ economy, endured Depression-level deprivation in the late 1990s that led to riots and political unrest and swept away a strongman who’d held power for three decades. The country now is a democracy and a member of the Group of 20 biggest industrial economies.

Sri Lanka’s crisis is largely the result of staggering economic mismanagement combined with fallout from the pandemic, which along with 2019 terrorism attacks devastated its important tourism industry. The COVID-19 crisis also disrupted the flow of payments home from Sri Lankans working abroad.

The government took on big debts and slashed taxes in 2019, depleting the treasury just as COVID-19 hit. Sri Lanka’s foreign exchange reserves plummeted, leaving it unable to pay for imports or defend its beleaguered currency, the rupee.

Ordinary Sri Lankans -- especially the poor -- are paying the price. They wait for days for cooking gas and gasoline -- in lines that can extend more than 1 mile. Sometimes, like Chamila Nilanthi, they go home with nothing.

Eleven people have died so far waiting for gasoline. The latest was a 63-year-old man found dead inside his vehicle on the outskirts of Colombo. Unable to get gasoline, some have given up driving and resorted to bicycles or public transportation to get around.

The government has closed urban schools and some universities and is giving civil servants every Friday off for three months, to conserve fuel and allow them time to grow their own fruit and vegetables.

Food price inflation is running at 57%, according to government data, and 70% of Sri Lankan households surveyed by UNICEF last month reported cutting back on food consumption. Many families rely on government rice handouts and donations from charities and generous individuals.

Unable to find cooking gas, many Sri Lankans are turning to kerosene stoves or cooking over open fires.

Affluent families can use electric induction ovens for cooking, unless the power is out. But most Sri Lankans can’t afford those stoves or higher electric bills.

Sri Lankans furious over fuel shortages have staged protests, blocked roads and confronted police. Fights have broken out when some try to jump ahead in fuel lines. Police have attacked unruly crowds.

One night last week, a soldier was seen assaulting a police officer at a fuel station in a dispute over gasoline distribution. The police officer was hospitalized. The police and military are separately investigating the incident.

The crisis is a crushing blow to Sri Lanka’s middle class, estimated to account for 15% to 20% of the country’s urban population. Until it all came apart, they enjoyed financial security and increasing standards of living.

Although they live in a democracy, many Sri Lankans blame the politically dominant Rajapaksa family for the disaster. “It’s their fault, but we have to suffer for their mistakes,” said Ranjana Padmasiri, who works as a clerk at a private firm.

Two of the three top Rajapaksas have resigned — Prime Minister Mahinda Rajapaksa and Basil Rajapaksa, who was finance minister. Protestors have been demanding that President Gotabaya Rajapaksa also step down. They’ve camped outside his office in Colombo for more than two months.

Resignation, Padmasiri said, isn’t enough. “They can’t get away easily,’’ he said. “They must be held responsible for this crisis.’’