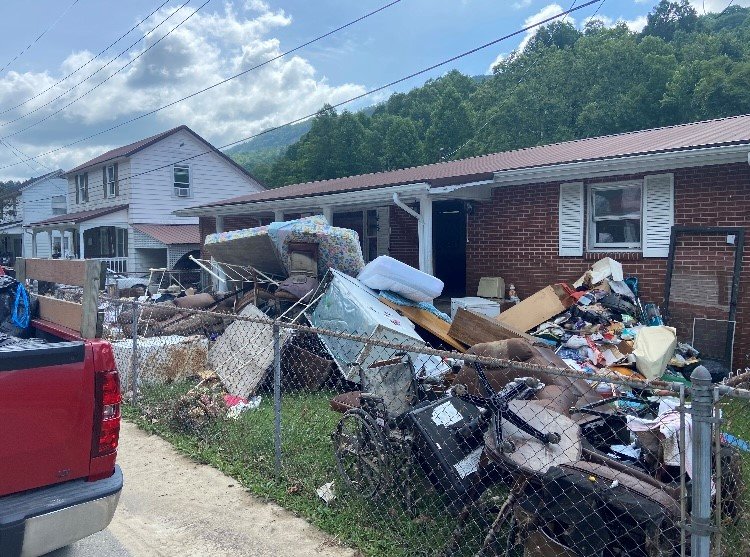 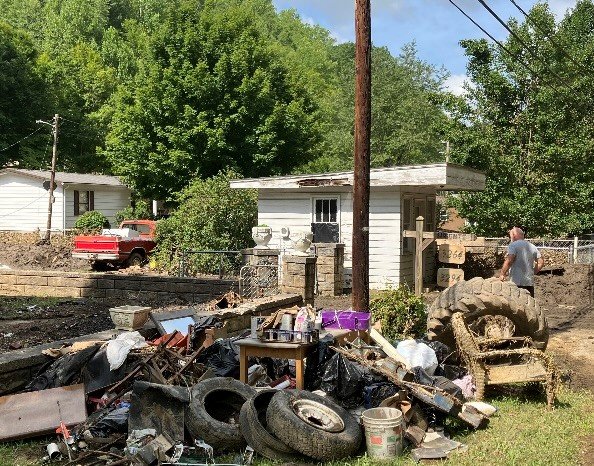 JENKINS, Ky. – Yards in this tiniest of Kentucky towns are piled high with soggy mattresses, sofas and other furnishings ruined by last week’s deadly flashfloods.

Georgia Baptist Disaster Relief crews are in Jenkins and nearby Fleming-Neon helping victims with cleanup in the aftermath of the flooding that killed at least 37 people.

They’ve also set up a feeding station as well as mobile showers and laundries so people can clean up after grueling days of shoveling mud and carting away soiled furnishings.

“It is a lot of devastation, a lot of heartbreak,” said Georgia Baptist Disaster Relief volunteer Bob Sprinkel. “People’s lives are really upended. They’ve lost so much.”

It’s the kind of work Georgia Baptist volunteers train for continually, knowing that their next callout isn’t a matter of if but when. In the past year, they’ve been deployed to help people recover from tornadoes, hurricanes, and wildfires across the nation. They’ve also been sent to Poland to help with the Ukrainian refugee crisis.

In the flood zone of eastern Kentucky, one of their toughest jobs is shoveling mud and carting away soggy furnishings heavy with water. It’s backbreaking work, Sprinkel said, but ministering to survivors of natural disasters is never easy, especially in the heat and humidity of central Appalachia.

“It’s going to get really, really hot,” Kentucky Gov. Andy Beshear warned on Tuesday. “And that is now our new weather challenge.”

“People left with absolutely nothing. Homes that we don’t know where they are, just entirely gone. And we continue to find bodies of our brothers and sisters that we have lost.”

The region was declared a federal disaster area after up to 10 ½ inches of rain fell in 48 hours, triggering widespread flooding.

“We’re looking at months and not weeks,” he said. “The damage is just so widespread.”