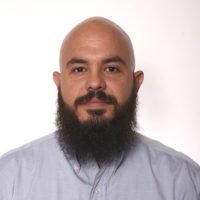 GAINESVILLE, Ga. – Georgia businessman Ricardo Avila has resigned his seat on the Southern Baptist Convention’s Executive Committee, the latest of a long list of people to do so.

In a letter of resignation posted on social media by his pastor Friday, Avila said he felt he had no other option because of “recent decisions” by the Executive Committee and because of “denominational-related concerns.”

“As a family man, church layman, small-business owner, and the only Spanish-speaking member of the group, I regret that the image we have been portraying in later months do not correspond to our God-given commission,” he wrote in the letter dated October 30 and addressed to Executive Committee Chairman Rolland Slade.

The Executive Committee has been front and center in a continuing public relations crisis for the Southern Baptist Convention.

“I’m saddened to see a Venezuelan-American who lived the horrors of the Hugo Chavez regime leave the EC in these terms,” Chavez wrote. “Ricardo is a faithful brother in Christ and a family man.”

Avila is one of at least 16 members who have resigned from the Executive Committee since September 20.

Executive Committee President Ronnie Floyd and his executive vice president, Greg Addison, have resigned effective Sunday. The law firm that represents the committee has also stepped aside, though it is still serving on an interim basis.