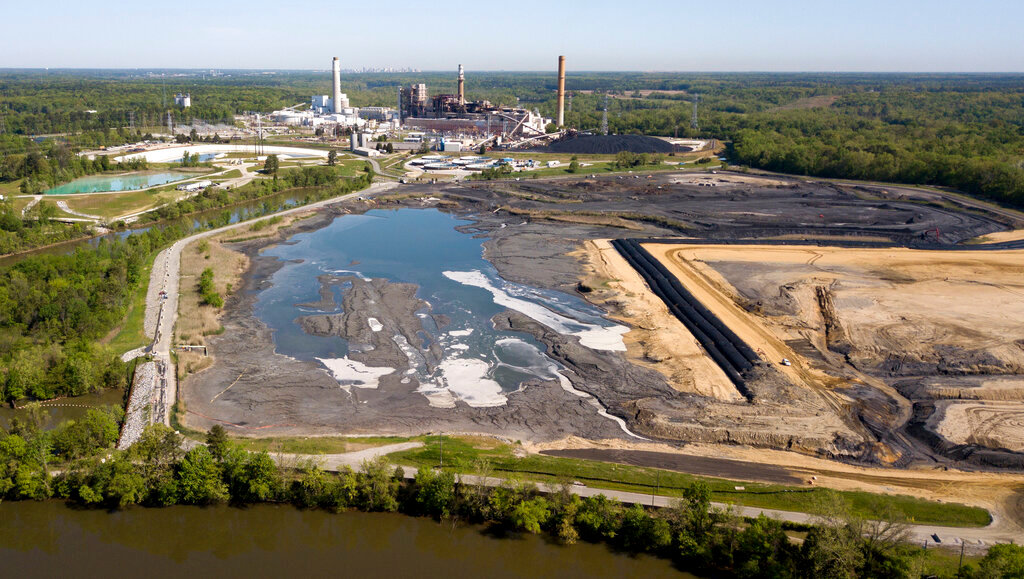 As part of its ash-pond closure plan, Georgia Power is proposing to leave coal ash in contact with groundwater at plants Scherer, McDonough, Yates, and Hammond.

“When cleanup plans that don’t require liners to keep coal ash out of groundwater fail and groundwater testing continues to show contamination, or when the EPA requires cleanup that keeps coal ash out of ground water as they have in Ohio, will ratepayers be asked to contribute more funds?” Gayer asked members of the state Public Service Commission on Wednesday during a hearing on Georgia Power’s request for a rate increase of nearly 12%. “At a minimum, do not commit funds to cleanup that is not permitted.”

Georgia Power’s request to recover $400 million from ratepayers during the next three years for ash pond cleanup is part of a $9 billion multiyear plan. The utility intends to close all 29 of its ash ponds located at 11 coal plants across the state as it reduces its reliance on coal for power generation due to both tighter government regulation and market conditions.

Coal ash contains contaminants including mercury, cadmium and arsenic that can pollute groundwater and drinking water as well as air.

While Georgia Power plans to excavate and remove the ash from 19 ponds and close the other 10 ponds in place, environmental groups are calling for removing ash from all 29 ponds.

The Environmental Protection Agency gave the environmentalists’ cause new ammunition last month when the federal agency denied a request from Gavin Power LLC to continue disposing of coal ash in an unlined ash pond at its plant in Cheshire, Ohio.

“Today’s action reaffirms that surface impoundments or landfills cannot be closed with coal ash in contact with groundwater, ensuring safe water resources for these communities while protecting public health and ensuring a reliable supply of electricity.”

The Environmental Protection Agency's decision in the Ohio case followed an announcement the agency made back in January that it intended to enforce a 2015 rule prohibiting utilities from dumping coal ash from coal-burning power plants into unlined ponds.

Isabella Ariza, a lawyer for the Sierra Club, called attention to the Ohio case while questioning a panel of Georgia Power executives on Nov. 29, the first of two days of hearings before the PSC.

Ariza said the utility’s customers will suffer if Georgia Power moves ahead with its cleanup plan without considering the EPA’s decision in Ohio.

“I believe that was a specific case in Ohio,” Abramovitz told Ariza. “I don’t think that was … for a broader interpretation.”

“Our ash pond closure plans are, and have been, in compliance with federal and state rules and regulations,” Georgia Power spokesman John Kraft added.

“While [that] review is ongoing, [Georgia Power] will continue to work with the Georgia [Environmental Protection Division] to ensure our closure plans remain in compliance with these rules,” he said.