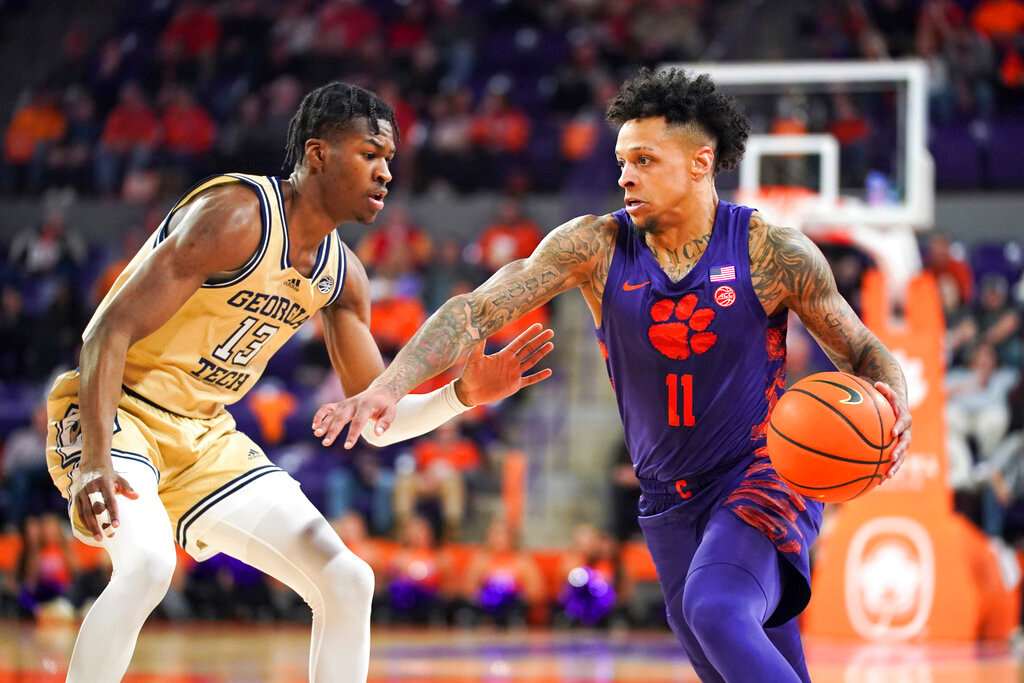 No. 24 Clemson has followed its preseason motto all the way to the top of the Atlantic Coast Conference.

The Tigers, predicted to finish 11th back in October, continued their surprise ACC run with a 72-51 victory over Georgia Tech on Tuesday night. PJ Hall scored 17 points and Brevin Galloway had 14 as Clemson (17-4) moved to 9-1 halfway through league play.

“The older players,” Brownell said, “we felt like we were going to have a good team. We talked a lot this year about no limits. Let's see what we can do, let's not put limits on ourselves.”

The Tigers have stayed on top despite injuries to experienced guards Alex Hemenway and Chase Hunter. Hemenway, the team's most reliable 3-point shooter, missed his ninth game with a foot injury. Hunter, who runs the point, has missed the past three, also with a foot problem.

Hunter's younger brother, Dillon, got his first college start against Georgia Tech (8-12, 1-9) and had nine points, two assists a steal.

Chauncey Wiggins, a freshman like Dillon Hunter, made five of seven shots for 12 points.

And the regrets? None so far, said Galloway, who grew up in Anderson about 20 miles from campus.

Clemson came out fast, playing like a team on top in the ACC. The Tigers got a 3-pointer from Hunter Tyson on their opening possession — his second straight after hitting the game-winning 3 to beat Virginia Tech 51-50 last Saturday — and pair by Galloway.

The Boston College transfer was fouled as he made another 3 and converted the free throw for a four-point play.

By the time Hall finished a three-point play, the Tigers were ahead 15-2 less than five minutes in.

It was more of the same in the second half. Clemson got a three-point play by the 6-foot-10 Hall and a 3 by Dillon Hunter as it opened the period on a 12-6 run and steadily increased its lead.

The Yellow Jackets could not keep up and were swept in the regular season by the Tigers for the first time since 2018-19.

Ja'von Franklin had 12 points to lead Georgia Tech. Miles Kelly, the Jackets' leading scorer coming in at 13.6 points a game, finished with nine on 4-of-12 shooting. He made just one of his six attempts from behind the arc.

Georgia Tech coach Josh Pastner said his team's poor shooting — “We can't throw it in the ocean standing on pier,” he said — during ACC play is taking its toll.

Galloway was confident in the Tigers as soon as he arrived on campus and says things are working out how he expected.

“I believed in the team from the jump,” Galloway said. “I thought I might as well come home and make history.”

Former Chelsea forward Atsu rescued after Turkey earthquake
Former Chelsea and Newcastle forward Christian Atsu was rescued from the rubble of a collapsed building following the deadly earthquake that struck Turkey, the Ghana Football Association said in a Twitter post Tuesday. The Ghana international plays for Turkish club Hatayspor. A club spokesman on Monday told Turkish media that Atsu was thought to be in a building that was brought down by the 7.8 magnitude earthquake and aftershocks that struck southeastern Turkey and neighboring Syria and has killed more than 5,000 people. 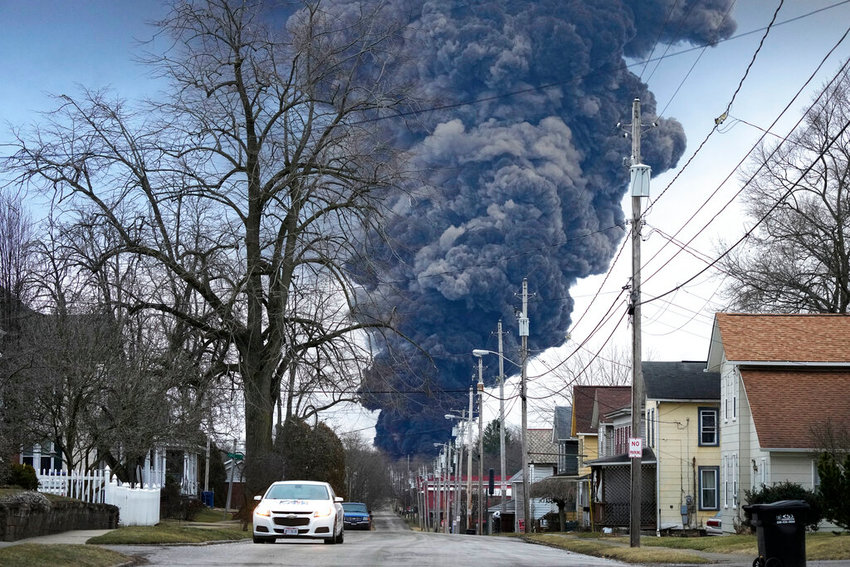 Crews release toxic chemicals from derailed tankers in Ohio
EAST PALESTINE, Ohio (AP) — Crews released toxic chemicals into the air from five derailed tanker cars that were in danger of exploding Monday and began burning it after warning residents near the Ohio-Pennsylvania state line to leave immediately or face the possibility of death. Flames and black smoke billowed high into the sky from the derailment site late in the afternoon, about an hour after authorities said the controlled release would begin.
© Copyright 2023 The Christian Index | Copyright/Terms of Use
Powered by Creative Circle Media Solutions