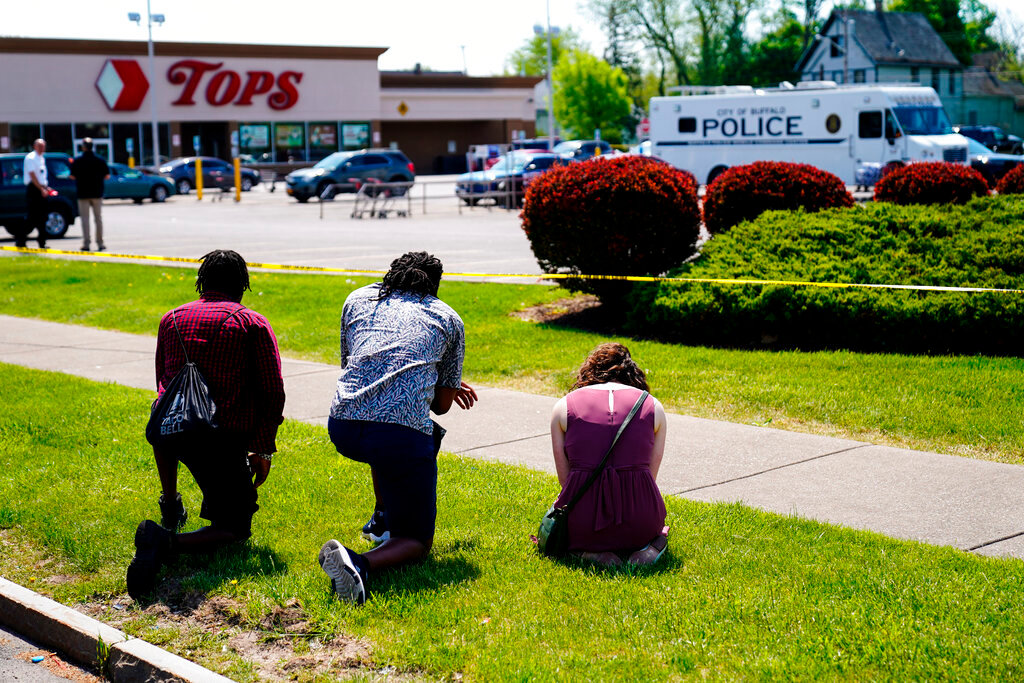 People pray outside the scene of Saturday's shooting at a supermarket, in Buffalo, N.Y., Sunday, May 15, 2022. (AP Photo/Matt Rourke) 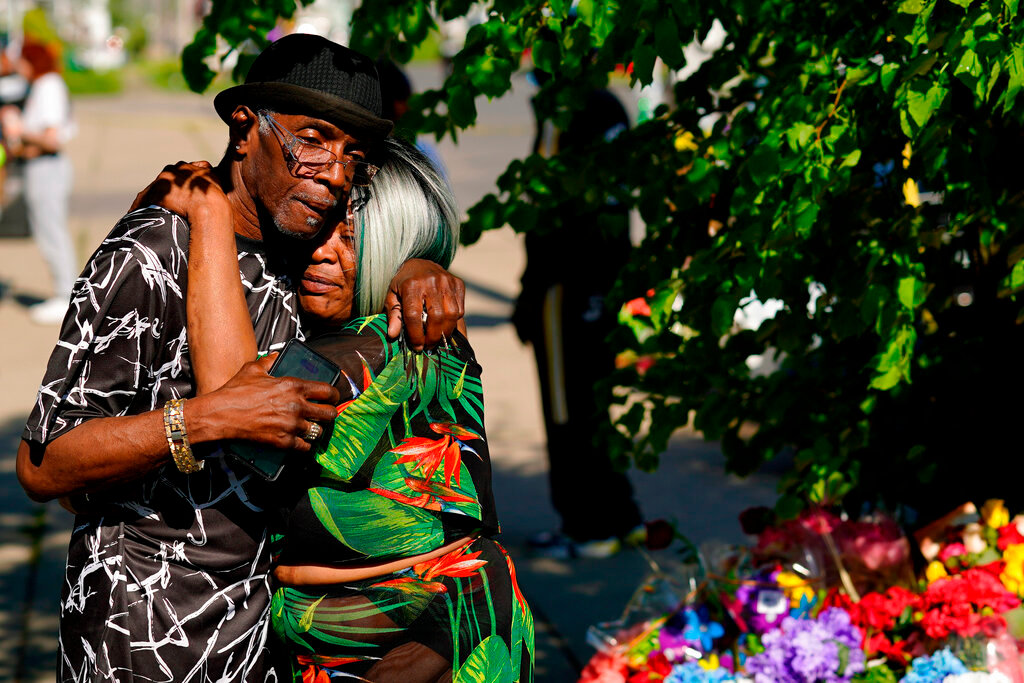 People embrace outside the scene of a shooting at a supermarket a day earlier, in Buffalo, N.Y., Sunday, May 15, 2022. The shooting is the latest example of something that's been part of U.S. history since the beginning: targeted racial violence. (AP Photo/Matt Rourke)
Previous Next
Posted Monday, May 16, 2022 4:35 pm
By DIANA CHANDLER, Baptist Press

“She said, ‘Daddy I cried all day yesterday (May 14),’” Smith told Baptist Press. “The impact rippled through all the city. … The church itself, we spent good time yesterday talking about violence and talking about pain.”

Durham is the widow of North Buffalo Baptist associate pastor Arriet J. Durham, who died in 2018.

“Cashell has been grieving now for quite a while. She’s had some help, but she’s still grieving from the loss of her husband,” Smith said. “And right now, she’s been bombarded with requests from different press agencies. … But she’s not really in any position to be able to speak with people. She’s just hurting so bad.”

The alleged shooter arrested at the scene of the crime, 18-year-old Payton S. Gendron, is accused of having driven 200 miles strategically to find a public location full of African Americans in what police are calling a racially motivated hate crime. Eleven victims were black; two were white.

“We need the Lord’s guidance and we need prayer. Which was very encouraging, we got prayer from all over the country from people.” Many offered to help in any way needed.

“I am currently trying to organize churches to deliver food in this geographical area that is a food desert,” Mike Flannery said May 16. “The Tops store will be shut down probably several weeks because of federal investigations. I’m working with another organization, Saving Grace Ministries, that wants us to work with them to deliver food.”

“This shooting has added to the negative mental health of African Americans wondering who’s going to shoot next,” he said. “We have our own crime in the city. We have our own shooters in the city. And then to add this to that, it’s a painful thing for us, for little kids, because you never know when this is going to happen again. That’s why we need the Body of Christ.”

He mentioned widespread support from Southern Baptists across New York, including the Frontier association and the Baptist Convention of New York.

“It was an outpouring of support,” Smith said. “Those people in our circle have reached out to provide any kind of resources that we might need. I would … say thank you (to Southern Baptists), from North Buffalo, for our partnership, because it’s made a major difference, in a few days, just a short period of time, to know that we’ve got people behind us, supporting us.

“I’m glad to be a Southern Baptist.”

Through a 180-page manifesto the shooting suspect posted online, police have connected Gendron to a fringe “replacement theory” conspiracy that says whites are being slowly and intentionally replaced by minorities and immigrants, CNN and other news outlets reported.

“We don’t have any answers for these kinds of things. Biblically, I don’t see how this is going to get any better,” Smith said. “When I read the Bible, I see that as the last days – which I believe we’re in – the kind of violence, this is just going to get worse. I’m not plotting out these things on a graph, but I see, all across our world, things are just getting worse and worse.”

Public prayer meetings are scheduled to help the community grieve and heal.

Court battles continue across South in wake of Roe decision