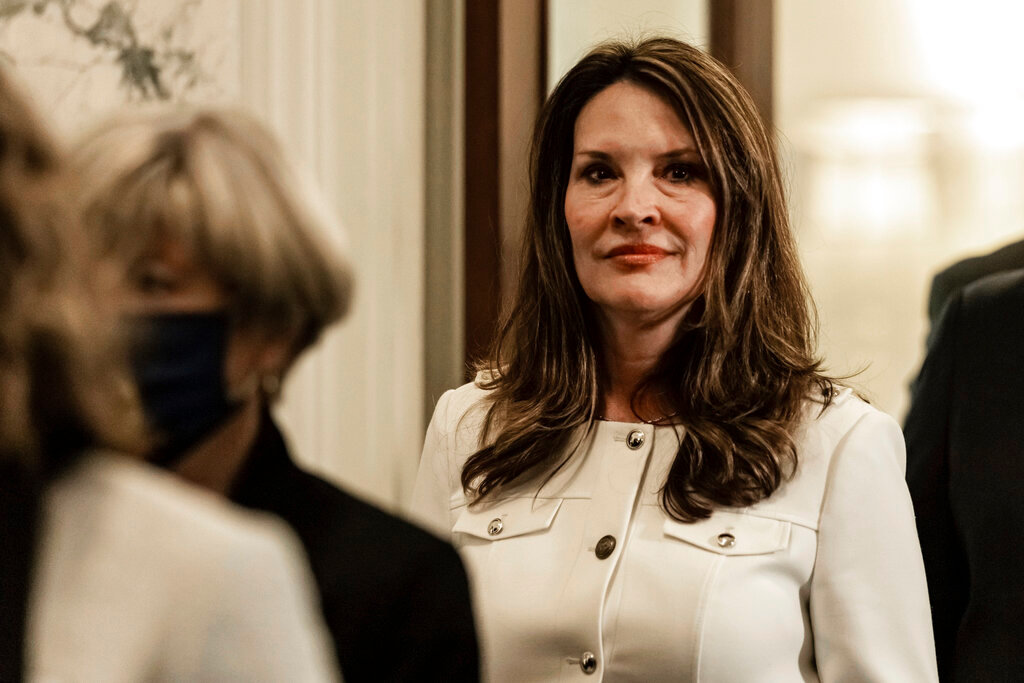 Idaho Lt. Gov. Janice McGeachin enters the house chambers at the state Capitol building on Jan. 10, 2022 in Boise, Idaho. McGeachin, a GOP candidate for governor, on Monday, May 9, 2022, called on incumbent Republican Gov. Brad Little to call a special session to eliminate rape and incest as legal exceptions to Idaho's abortion law. The law would go into effect if the U.S. Supreme Court overturns Roe v. Wade. (AP Photo/Otto Kitsinger, File)
Posted Tuesday, May 10, 2022 9:40 am
By KEITH RIDLER, Associated Press

The Idaho law will go into effect if the U.S. Supreme Court overturns the landmark Roe v. Wade case that legalized abortion nationwide.

McGeachin is running against Little in the Idaho Republican gubernatorial primary and in a statement said the potential Idaho law is insufficient because of numerous exceptions. Besides rape and incest, it also allows abortions to save mothers' lives.

“It is shameful that Idaho’s abortion laws are not the most pro-life in our country,” said McGeachin, who is endorsed by former President Donald Trump. “No child should ever be murdered because of the circumstances surrounding his or her conception.”

Little in 2020 signed the so-called trigger law put forward by a group called Idaho Chooses Life, which has endorsed Little.

“It's easy for Janice to offer cheap rhetoric on the campaign trail and try to salvage her campaign by politicizing the abortion issue,” said the group's executive director, David Ripley. “But the fact of the matter is it's hard to imagine criminalizing conduct in those situations.”

He said his group advocates a culture of love and compassion so that eventually women or girls who become pregnant through rape or incest choose to have the child.

“I don't think we can get at those compassions through criminal law,” he said.

McGeachin is in a tough race against the first-term Little and appears to be targeting far-right Republicans in deeply conservative Idaho for the May 17 primary. Republican primaries are only open to those registered as Republicans and draw far fewer voters than the general election. Early in-person and mail voting is happening now for the primary.

The part-time Idaho Legislature adjourned for the year in March. The only way it can come back into session is if Little calls a special session.

Earlier this year during the regular session, lawmakers approved and Little signed another abortion ban modeled after a Texas law that would be enforced through lawsuits to avoid constitutional court challenges.

The latter law is on hold while the Idaho Supreme Court considers a lawsuit from a regional Planned Parenthood group contending it violates the Idaho Constitution regarding separation of powers.

Trump says he took the Fifth in NY civil investigation