Iorg to graduates: ‘Find a way’ to fulfill Christ’s mission 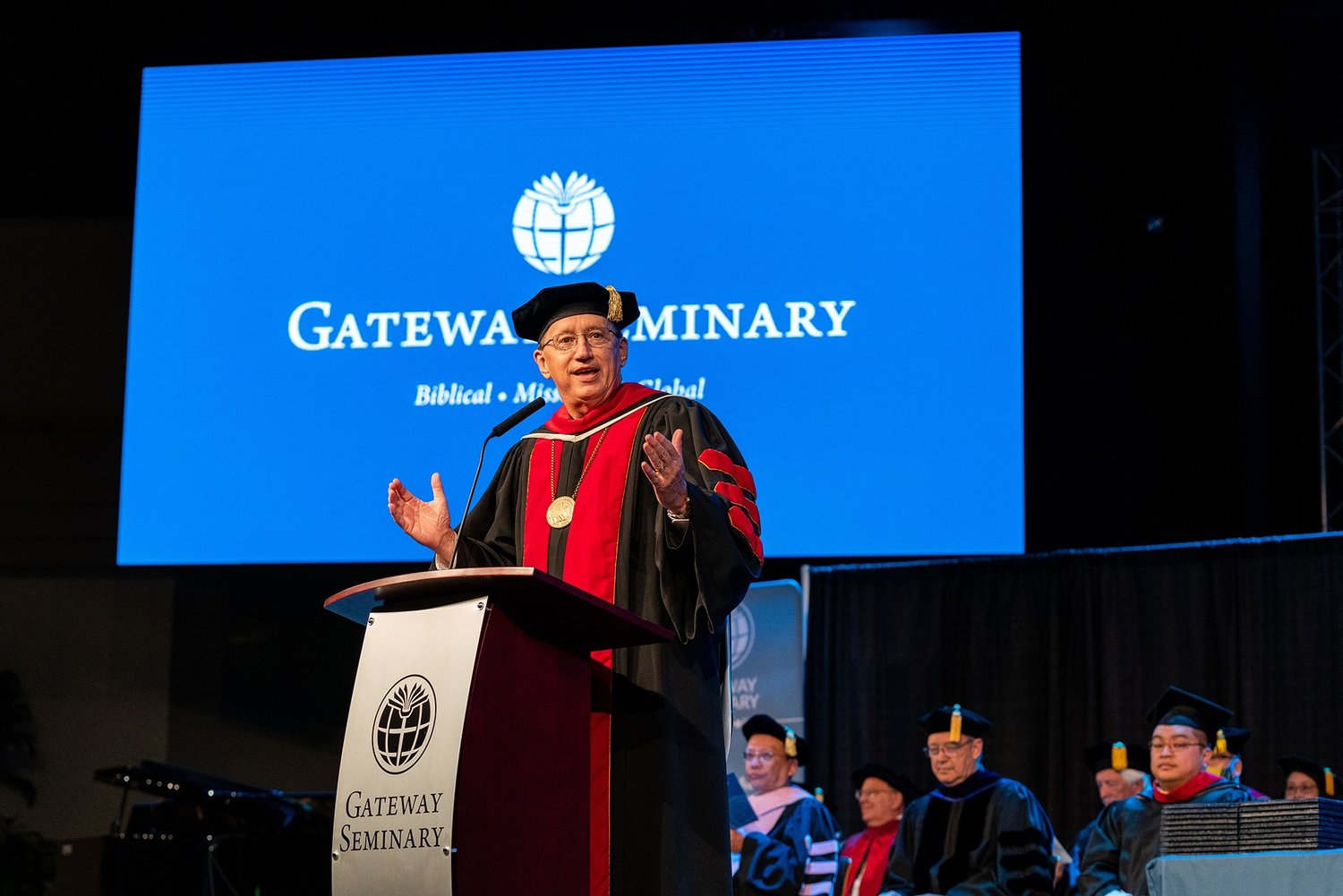 ONTARIO, Calif. – During spring commencement services on May 20, Gateway Seminary President Jeff Iorg bid graduates to obey the Great Commission regardless of hindrances.

“Our mission has been defined by the Lord Jesus Christ – He has commissioned us and told us what He expects us to do.”

Iorg referred to the Book of Philippians in which Paul says his imprisonment advanced the Gospel.

“It would have been so simple for him, and perhaps even justified by the rest of us, if he had said, ‘Well, I’m in prison and I’ll just wait here until the circumstances change, then I’ll start to fulfill my mission once again.’ But he didn’t do that. He found a way to fulfill his mission.”

He shared two key ways Paul continued his ministry in prison. First, he shared the Gospel with those in his immediate proximity.

“It says in the text that the message of the Gospel traveled through the Imperial Guard,” Iorg said.

Second, Paul motivated his Christian brothers to fearlessly preach the Gospel through the epistles he wrote from prison.

“Paul found a way. Gateway graduates, I charge you to do the same thing tonight,” he said.

Iorg closed his message by encouraging graduates to follow the example of another Gateway student who is currently enrolled and serving as a pastor in Kyiv, Ukraine. For security purposes, Iorg referred to the student only as Marco. Iorg read from a letter from Marco describing his ministry.

“As Russian troops started to bomb Kyiv, we evacuated about 80 people,” Iorg read.

One member of Marco’s church fled in the wrong direction with her children and spent weeks hiding from bombs in a cold basement until they were rescued and taken to a converted retreat center in the Carpathian Mountains in Romania. The camp is owned by a church-planting student of Marco’s. Before the war it was a tourist business; now it houses more than 100 evacuees.

Marco and his church have been supplying the camps, as well as Russian-occupied settlements, with food, medicine, hygiene products and more. They pray with people, share the Gospel, and listen to survivors’ brutal stories.

“An elderly woman told how a neighbor’s house caught fire as a result of a shelling nearby and her son ran out to help the neighbor put out the fire. Russian soldiers fired on her son and killed him in front of his mother. He died on that street that day,” Marco wrote.

Marco continued sharing how humanitarian aid was creating inroads for the Gospel in communities and that financial support from students and faculty helped purchase two vans that allowed the church to deliver goods to different areas in Ukraine.

“Every time we have a choice to stay safe, and there are good reasons to do so, or to deliver food and serve people and their needs,” he wrote. “After each trip … we not only restore the van; we also need to restore the relationship with our children … because our families, especially our children, fear for us the most when we’re gone.”

In the last section of the letter, Marco said his church continues to meet in person when possible, but often meets via Zoom as many members have been scattered to different countries.

“[Marco] ends by saying that they are helping people wherever they are and sharing the Gospel of Jesus Christ,” Iorg said.

“Gateway graduates, whether you find yourself in a Roman prison or in a war zone, in the world today, our mission does not change. Share the Gospel.”