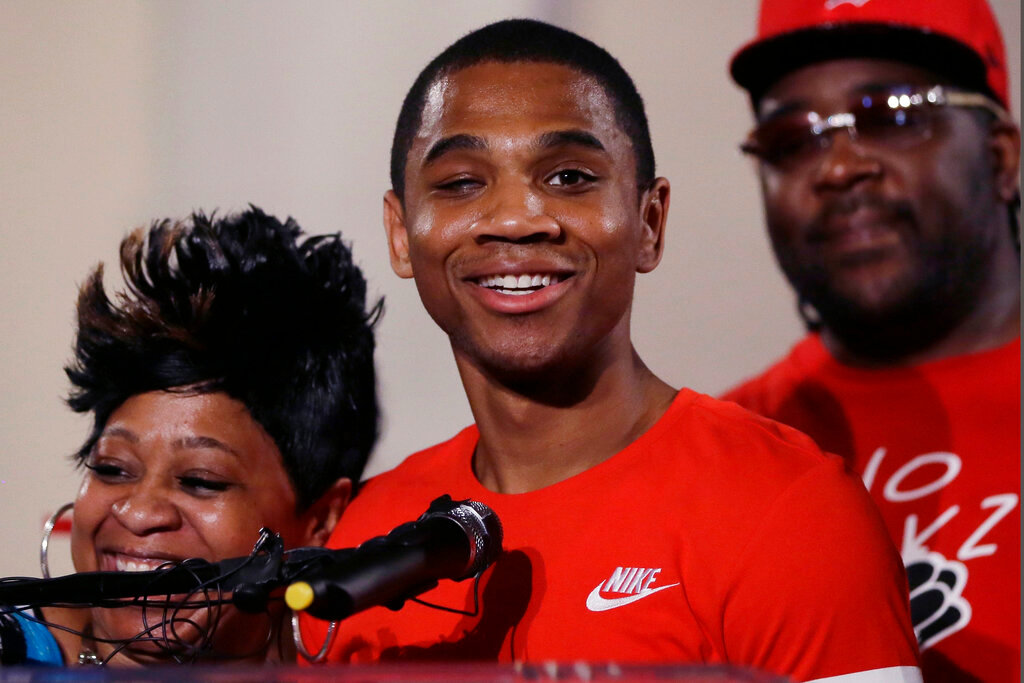 Davontae Sanford stands with his mother, Taminko Sanford, during a news conference in Detroit, June 9, 2016, a day after being released from prison. (AP Photo/Carlos Osorio, File)
Posted Tuesday, August 9, 2022 3:26 pm

DETROIT (AP) — Drivers lined up early Tuesday to get free gas in Detroit from a man who spent eight years in prison before he was cleared of four killings.

Davontae Sanford limited the $25,000 offer to women and older men.

The Detroit City Council in March agreed to pay $7.5 million to settle Sanford's claim that police had violated his rights.

Sanford was 15 when he pleaded guilty to second-degree murder in the fatal shootings of four people in 2007. He later insisted he was innocent and took a plea deal only because he felt helpless and poorly represented by a lawyer.

The case took a strange turn when a hit man, Vincent Smothers, stepped forward and said he was responsible for the killings, not Sanford.

In 2016, the convictions were dropped at the request of Wayne County prosecutor Kym Worthy, who cited police misconduct, not Smothers' confession.

Smothers has never been charged in the Runyon Street homicides. He is in prison for eight other killings.