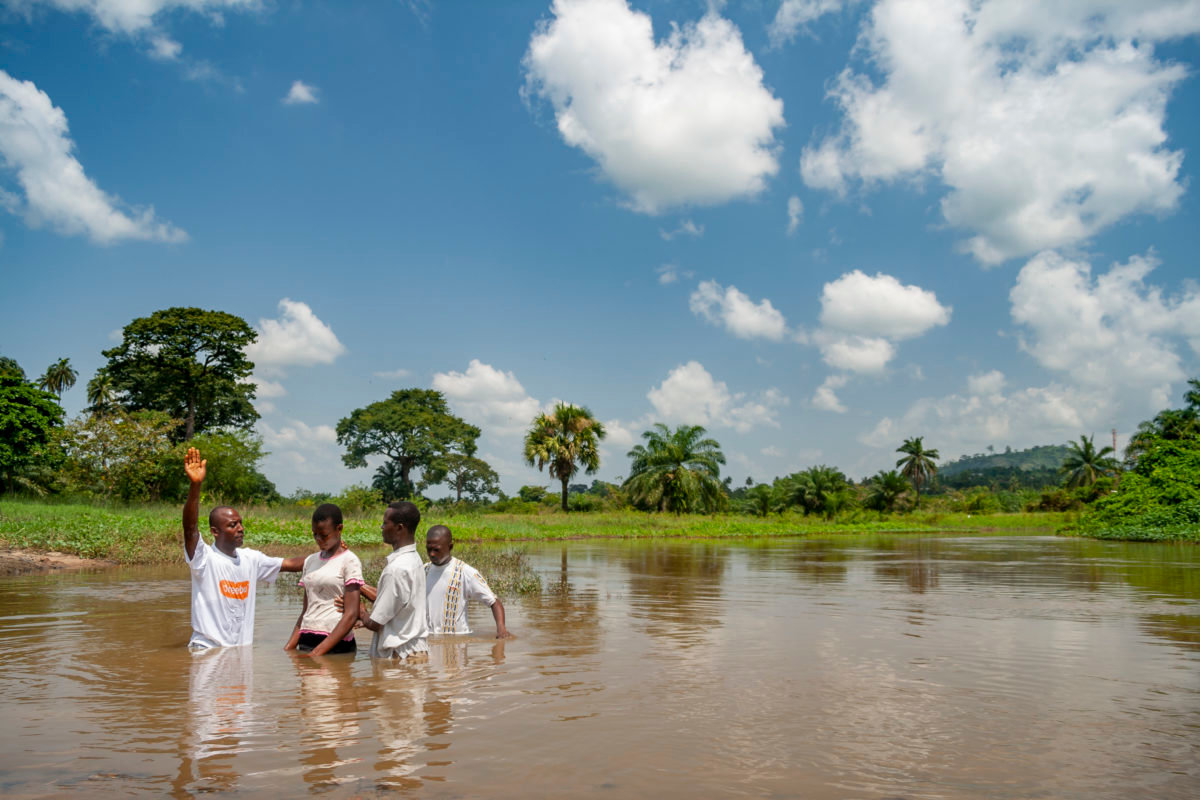 NASHVILLE (BP) – In the midst of ongoing financial challenges related to the economic aftermath of the COVID-19 pandemic, Southern Baptists have given more than $200 million through the national Cooperative Program Allocation Budget for the first time since 2008.

Even in a year full of challenges, SBC president Bart Barber celebrated the milestone saying, “the generosity of our churches this year demonstrates that this model of cooperation still enjoys the confidence and favor of our churches.”

“The local and global reach of every gift is a testimony to the strong cooperative spirit of every church in the SBC,” McLaurin said. “I want to express a personal word of gratitude to pastors, associational missionaries and state conventions for their partnership in advancing the Gospel to the nations and the neighborhoods.”

One state contributing to the growth of giving toward national and international ministries was Iowa. The state saw its giving increase by more than 40 percent this fiscal year.

“In Iowa we love to contribute through the Cooperative Program,” said Baptist Convention of Iowa executive director Tim Lubinus. “The ministry of Cooperative Program entities extends the work of our churches to send missionaries, plant churches, train leaders and much more.”

“This year’s Cooperative Program offering has bolstered the work of the International Mission Board around the world,” Chitwood said in a statement. “I often talk about the fact that the Lottie Moon Christmas Offering is used exclusively on the mission field overseas but most of the Cooperative Program dollars that come to the IMB are also used overseas. While the percentage of CP dollars we use in the U.S. is small, that, too, is incredibly significant as it allows all of Lottie to get to the harvest fields. CP makes up one-third of our overall budget so, simply put, the IMB couldn’t exist without the CP. I thank God for the generosity of Southern Baptists and for the strong partnership of Baptist state conventions that have increased the amount of CP designated for national and international missions.”

Todd Unzicker, executive director-treasurer for North Carolina Baptists, has made increasing missions funding a priority in his first year on the job, and the churches in North Carolina have responded positively.

“Missions giving is the most practical and unifying act of service in Baptist life,” Unzicker said. “N.C. Baptists join our partners around the nation and across the globe as we celebrate how God is working through our churches. Being ‘On Mission Together’ is not just a slogan for N.C. Baptist churches but who we truly are in Christ, and the giving demonstrates this truth.”

In addition to international missions being funded through CP giving, church planting and theological education are important aspects for many pastors and church leaders. One such pastor is Jon Nelson who planted Soma Community Church in Jefferson City, Mo., in 2015.

Nelson called the $200 million total a “tremendous milestone” and remarked how this will continue to allow “multiple churches to be planted and sustained in difficult places.”

Nelson also noted how the faithful giving of Southern Baptists through the Cooperative Program has allowed him and countless others to finish their education debt free and follow the call to missions and church planting.

North American Mission Board president Kevin Ezell knows all too well how much the milestone means to NAMB’s assignment.

“We rightly celebrate this exciting financial milestone, but I don’t measure the success of the Cooperative Program in dollars and cents,” Ezell said. “I measure it by how Southern Baptists are bringing glory to God through every person baptized by our chaplains each year, every new Gospel-proclaiming church started by one of our missionaries and every life changed by Christ through a Send Relief ministry center. Those things are happening every day because of what is given through CP, and we are thankful for every person who sacrifices to make it all possible.”

Jeff Iorg, president of Gateway Seminary in Ontario, Calif., has seen students reap the benefit of CP support for many years.

“The Cooperative Program has provided the financial foundation for Gateway Seminary for more than 70 years,” Iorg said. “Without this national support base, it is unlikely Baptists in the West could have built such a strong seminary. We thank God for the national and global reach of the Cooperative Program. It has made the difference for Gateway.”

The global reach of the CP is why SBC Second Vice President Alex Sands advocates his church’s partnership with churches across the SBC.