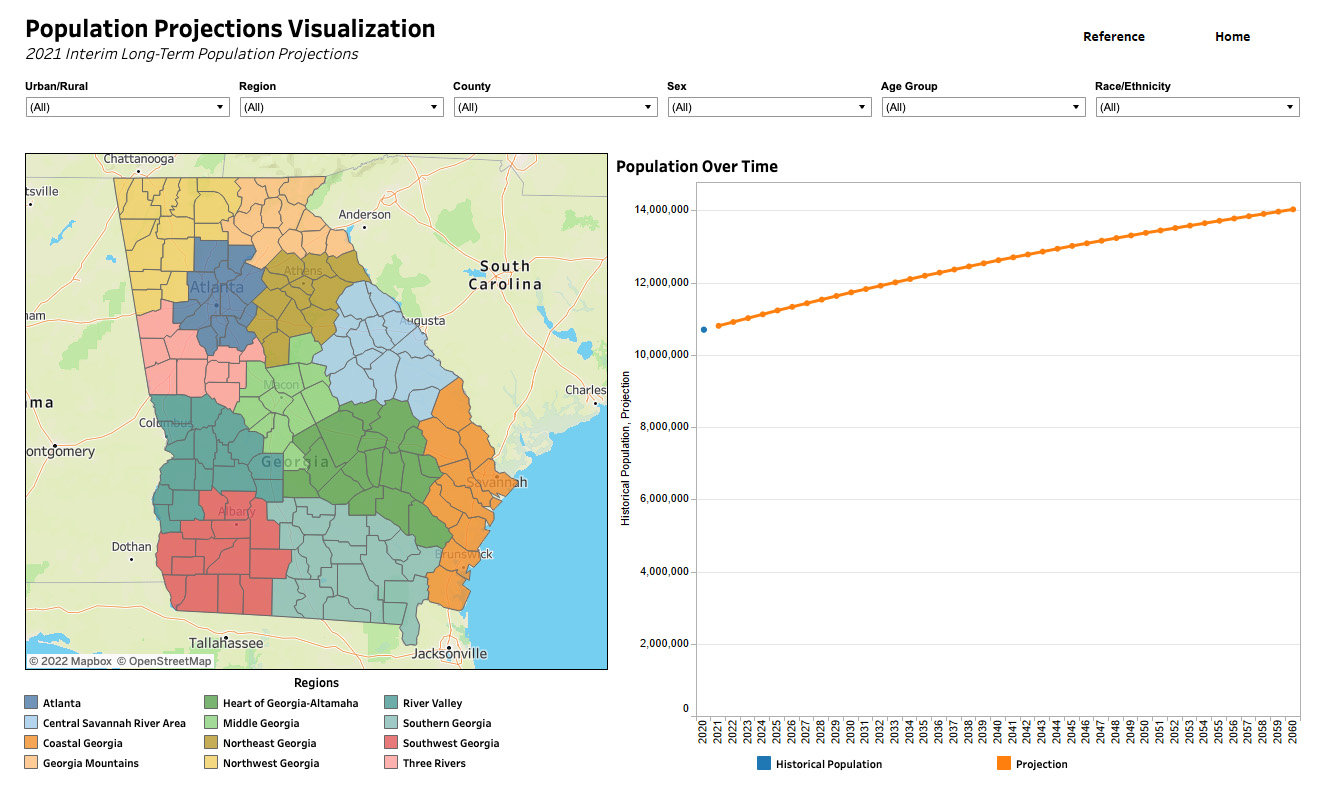 New population estimates  include information on age, race, and ethnicity in American counties and cities for the period up to July 2021.

Like the rest of the country, Georgia is aging ever-so-slightly, Kristie Wilder, demographer in the Census Bureau’s population division, said. The state’s median age rose from 37.3 in 2020 to 37.5 in 2021.

The fastest growing age group in Georgia was the 65 and older population, she added. That population increased by 3.2% over the one-year period from 2020 to 2021.

Cities like Atlanta, Macon, and Savannah mirror the state trend, Wilder said. Each city’s median age ticked up slightly and the 65 and older age group increased the most of any age group.

“It’s in line with national trends over the last year. Every state got a little older, except for Maine,” said Wilder. “The nation as a whole is aging slightly.”

Georgians may not be surprised that Atlanta picked up almost 43,000 residents between July 2020 and July 2021.

Smaller towns like Gainesville, Hinesville, Warner Robins, Savannah, and the Athens metropolitan areas all had populations that increased by 1% or more in that period.

The Jefferson metro population – which for the Census is the same as Jackson County – increased by about 3,500 residents over the past year, or a whopping 4.7% growth. Jefferson’s population now tops 80,000.

The area is seeing growth in industrial real estate and ecommerce-related warehouses, John Scott, vice president and director of economic development for the Jackson County chamber of commerce, said. He pointed to the SK battery plant which manufactures lithium-ion batteries for automobiles.

The uptick in population is noticeable in the area, Scott said. Families have been drawn to the area from cities like Atlanta or even New York because of quality schools and jobs.

“We keep having to build schools,” Scott said. He also pointed to an increase in single-family home growth as evidence of young families moving to the area.

Scott’s observations about an influx of young families to the Jefferson area seem to be reflected in the census data.

Among other small cities, Statesboro, St. Mary’s, Cornelia, and Cedartown all picked up more than a one percent population increase.

Americus and Bainbridge each lost around 300 residents during the period from July 2020 to July 2021, a one percent decrease for both cities.

The latest data also shows that the nation is increasingly diverse, and the Georgia data on race and ethnicity reflects that, said Wilder.

“If you’re a local business owner and you want to better understand your community, understand the local demographic, it would be useful in that,” Wilder said.