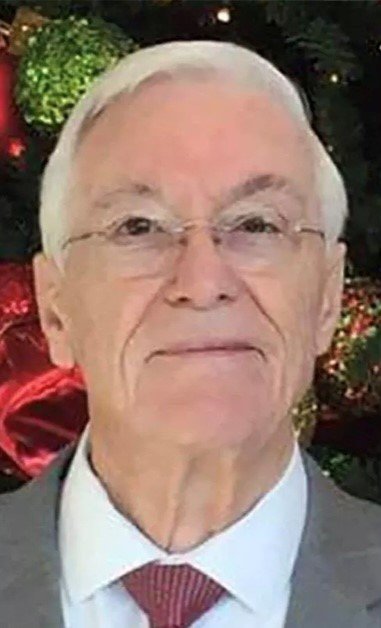 Cooper was born in New Orleans on Jan. 8, 1942. He answered the call of his Sunday school teacher at First Baptist Church of Jena, La., to trust Jesus Christ as his Savior. Following his surrender to the Lord’s call to ministry in 1956 at youth camp at Glorieta, N.M., Cooper preached his first sermon – on Psalm 27 – at FBC Jena.

After graduating from Louisiana College in 1963 with a Bible major and psychology minor, Cooper earned Th.M. and Th.D. degrees from New Orleans Baptist Theological Seminary and completed summer studies in archaeology at Tel Aviv University and Hebrew University.

He pastored churches in Louisiana and Texas before joining the faculty of Criswell College in 1978 as a professor of Hebrew and Old Testament. During his 33 years at Criswell, he was instrumental in getting the college regionally accredited. He served as Criswell’s dean of graduate studies from 1980-1989 and was executive vice president and provost from 1977-2012. He was also interim president twice during key periods of the school’s history and was named graduate dean emeritus in 2011.

Criswell College released a statement via social media over the weekend, reading in part, “Dr. Cooper’s legacy at the college cannot be overstated. … The debt all of us owe Dr. Cooper is immense.”

Between stints at Criswell, Cooper served at the Southern Baptist Convention’s Christian Life Commission (now Ethics & Religious Liberty Commission) as well as at Midwestern Baptist Theological Seminary as vice president of academic affairs and dean of faculty. In 2012, he stepped away from administration and went back to the classroom full-time at Criswell until his retirement in 2019.

“Upon the news of the passing of Lamar Cooper, our sincere prayers are with his family and loved ones,” said Brent Leatherwood, current acting president of the ERLC. “We are thankful for his decades of Christian service and specifically for the years he served at the ERLC.”

“He was a devoted churchman, who counted it a great privilege to serve his fellow Southern Baptists through the Ethics & Religious Liberty Commission from 1989 to 1995,” Land said.

“He was an invaluable asset to the ERLC and to me during his service to the ERLC. His passion for the classroom and teaching future preachers eventually called him away from the organization and we missed his knowledge, wisdom, and dedication. While we mourn our loss, we rejoice that he is now with Jesus for eternity.”

Cooper participated in his first archaeological excavation in Israel at Tel Be’er Sheva in 1969. He also worked at Yoqune’an, the Temple Mount Salvage Project, and Qumran.

Cooper loved God’s Word. He devoted his life to studying, memorizing, and teaching Scripture. He often challenged people to memorize Scripture by saying, “You can’t ‘REmember’ until you member.”

He was a longtime member of First Baptist Church of Dallas, where he served as class minister, theologian in residence, and teacher of the Criswell Bible Class, which was broadcast on radio station KCBI.

In 1963, Cooper married Barbara Ann Agent, who preceded him in death. In 2007, he married Diana Owen. He loved spending time with and cooking for his family and traveling.

Cooper was preceded in death by his parents, two brothers, and wife Barbara. He is survived by his wife, four children and six grandchildren.

A celebration of life service will be held Friday, June 24, at 10 a.m. in Ruth Chapel at Criswell College, 4010 Gaston Avenue, Dallas, Texas 75246, with interment to follow at Restland.