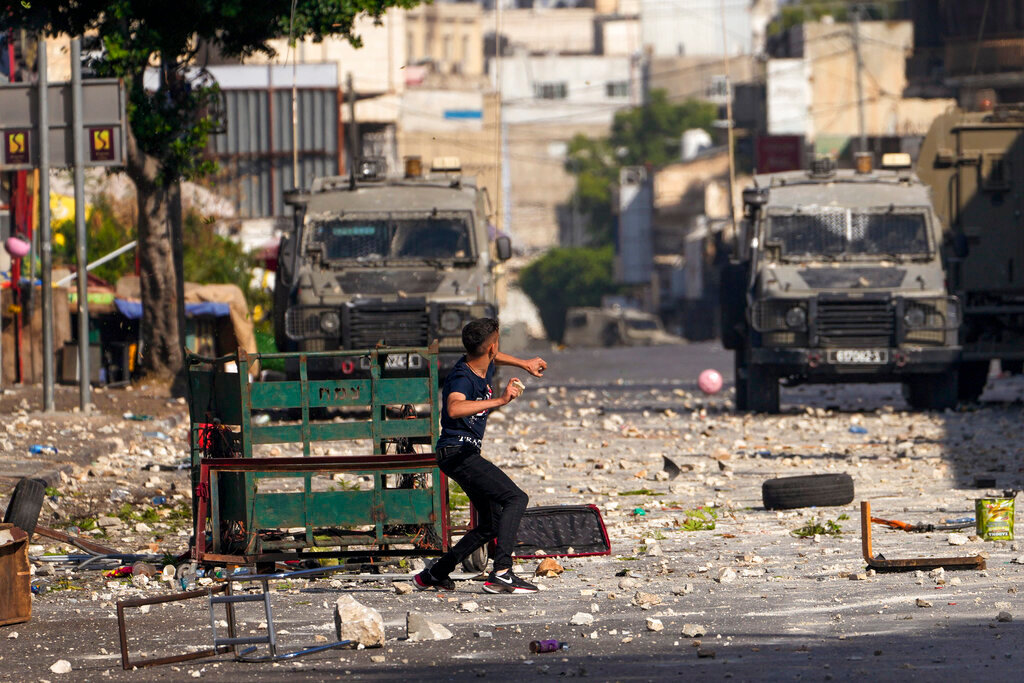 Palestinian demonstrators clash with the Israeli army while forces carry out an operation in the West Bank town of Nablus, Tuesday, Aug. 9, 2022. (AP Photo/Majdi Mohammed) 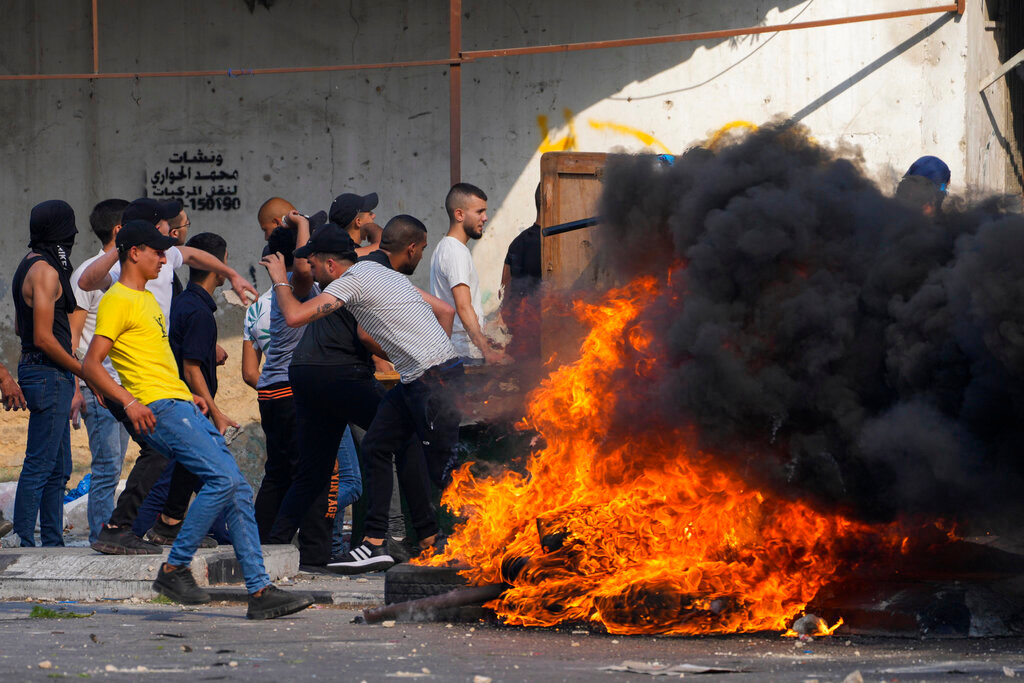 JERUSALEM (AP) — Israeli troops killed three Palestinians and wounded dozens in a shootout Tuesday during an arrest raid in the city of Nablus in the occupied West Bank, the Palestinian Health Ministry said.

The shootout came a day after a cease-fire ended three days of fighting between Israel and the Palestinian Islamic Jihad militant group in the Gaza Strip.

Israeli police said security forces encircled the home of Ibrahim al-Nabulsi, who they say was wanted for a string of shootings in the West Bank earlier this year. They confirmed that al-Nabulsi and another Palestinian militant were killed in a shootout at the scene and that troops found arms and explosives in his home.

The Israeli military said that troops came under attack from Palestinians throwing rocks and explosives, and that soldiers responded with live fire. It confirmed Palestinians were shot, but did not elaborate on their condition.

Israel has conducted near nightly arrest raids in the West Bank in recent months as part of a crackdown on Palestinian militant groups, foremost Islamic Jihad, in the aftermath of a string of deadly attacks targeting Israelis earlier this year that left 19 people dead. Dozens of Palestinians have been killed in clashes with Israeli troops during these arrest raids.

Last week, Israel arrested Bassam al-Saadi, a senior Islamic Jihad militant in the West Bank city of Jenin, during one of the nightly operations. The group said it was going “on alert,” and on Friday, Israel launched a series of strikes on Islamic Jihad targets in the Gaza Strip in what it said was a response to an “imminent threat” by the militant group.

During the three days of Gaza fighting, at least 46 Palestinians were killed, including 16 children and four women, and 311 were wounded, the Palestinian Health Ministry said. Twelve of those killed were Islamic Jihad militants, one was from a smaller armed group, and two were Hamas-affiliated policemen who were not taking part in the fighting, according to the armed factions.

Israel estimated that a total of 47 Palestinians were killed, including 14 killed by misfired Islamic Jihad rockets. It said 20 militants and seven civilians died in Israeli airstrikes and that it was still investigating six deaths.

Israel’s caretaker prime minister, Yair Lapid, applauded the cooperation by Israeli security personnel and said that al-Nabulsi’s killing “was another step in our uncompromising struggle against terrorism.”

Israel captured the West Bank in the 1967 Mideast war and the Palestinians seek it as the heartland of their future state. Israel views the West Bank as the biblical and historical heartland of the Jewish people, and has constructed dozens of settlements, now home to over 400,000 Israelis.