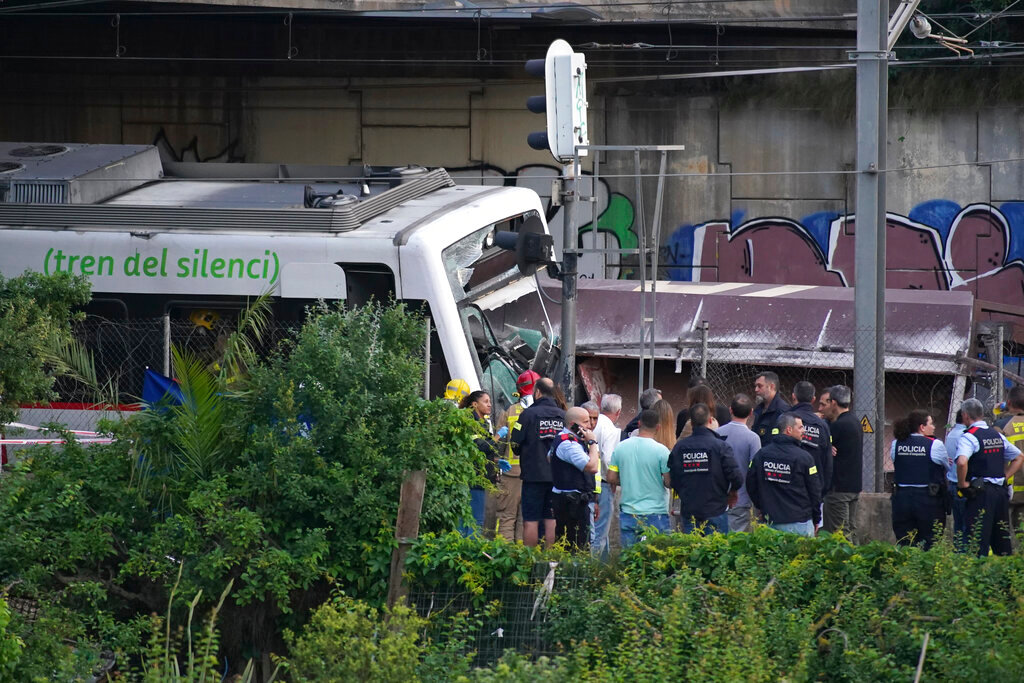 Police and rescue workers stand by the wreckage after a train crash in Sant Boi near Barcelona, Spain, Monday, May 16, 2022. A freight train smashed into a rush-hour passenger train in Catalonia, killing an engineer and injuring 85 people. (AP Photo/Joan Mateu Para) 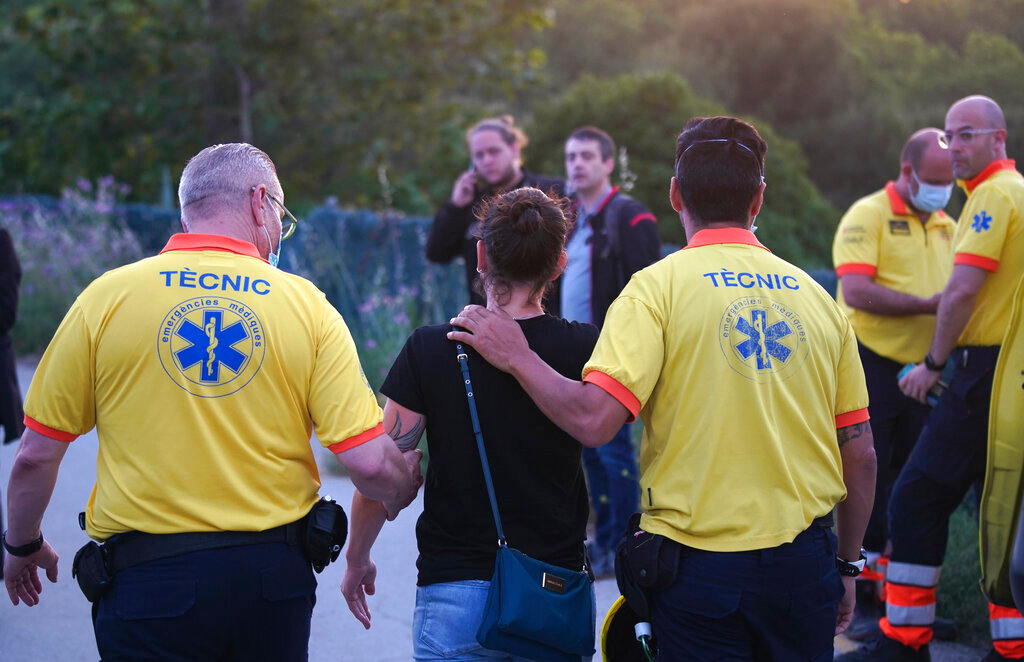 A passenger is helped by medics after a train crash in Sant Boi near Barcelona, Spain, Monday, May 16, 2022. A freight train smashed into a rush-hour passenger train in Catalonia, killing an engineer and injuring 85 people. (AP Photo/Joan Mateu Para)
Previous Next
Posted Monday, May 16, 2022 3:37 pm
By Associated Press

MADRID (AP) — A cargo train smashed into a rush-hour passenger train in Catalonia on Monday, killing an engineer and injuring 85 people, Spanish authorities and the regional rail company said. Emergency crews said they were helping to evacuate about 100 people on the passenger train.

The accident happened around 6 p.m. some 10 miles from Barcelona, the capital of the northeastern region, rail company FGC said in a statement.

The cargo train carrying potash derailed as it came into the Sant Boi station in northeastern Spain. It then smashed into the front of the passenger train, which was pulling out of the station, killing the engineer, the FGC said.