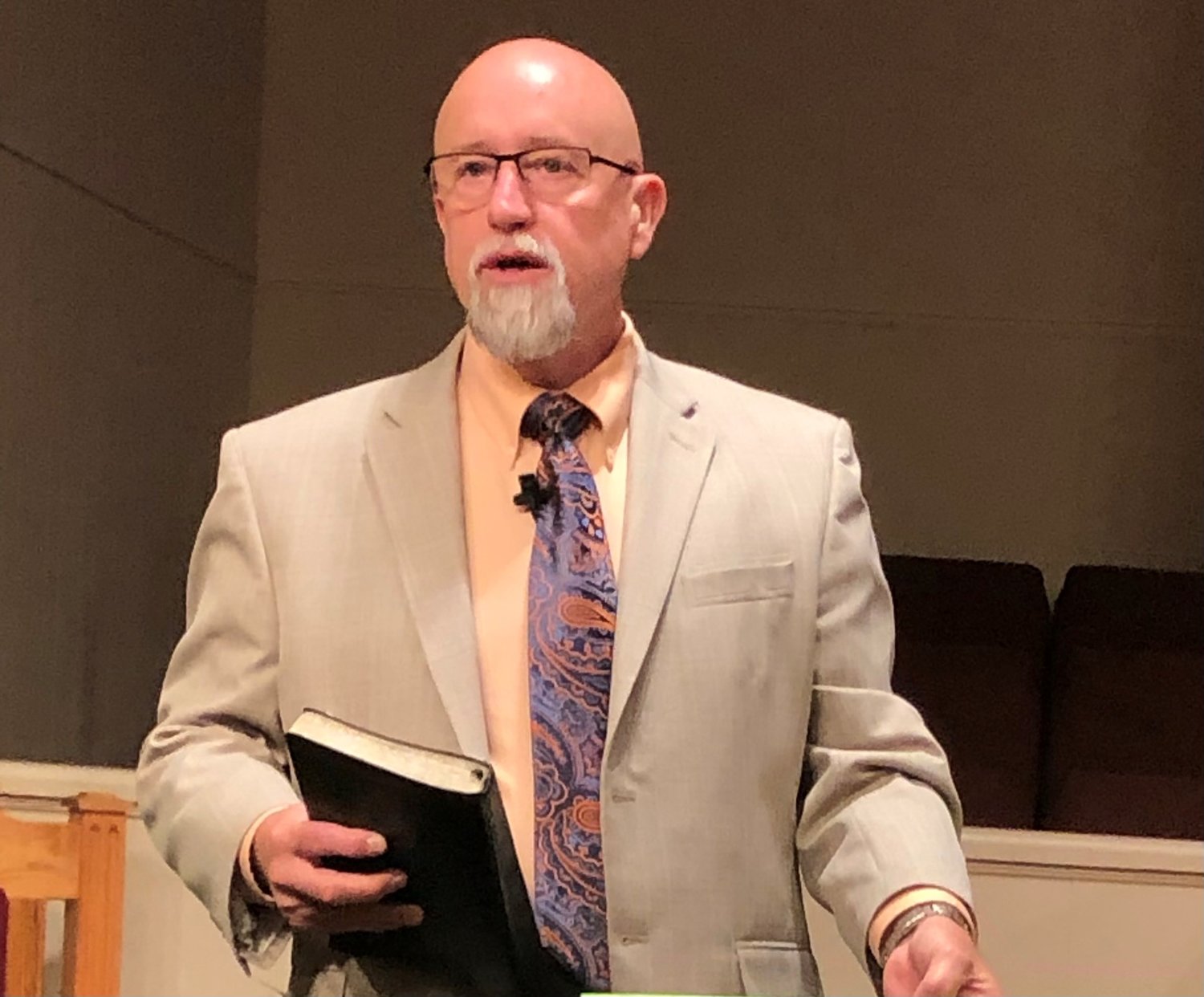 Joey Seabolt preaches at Philippi Baptist Church where he grew up, was called to preacher, and served as pastor. 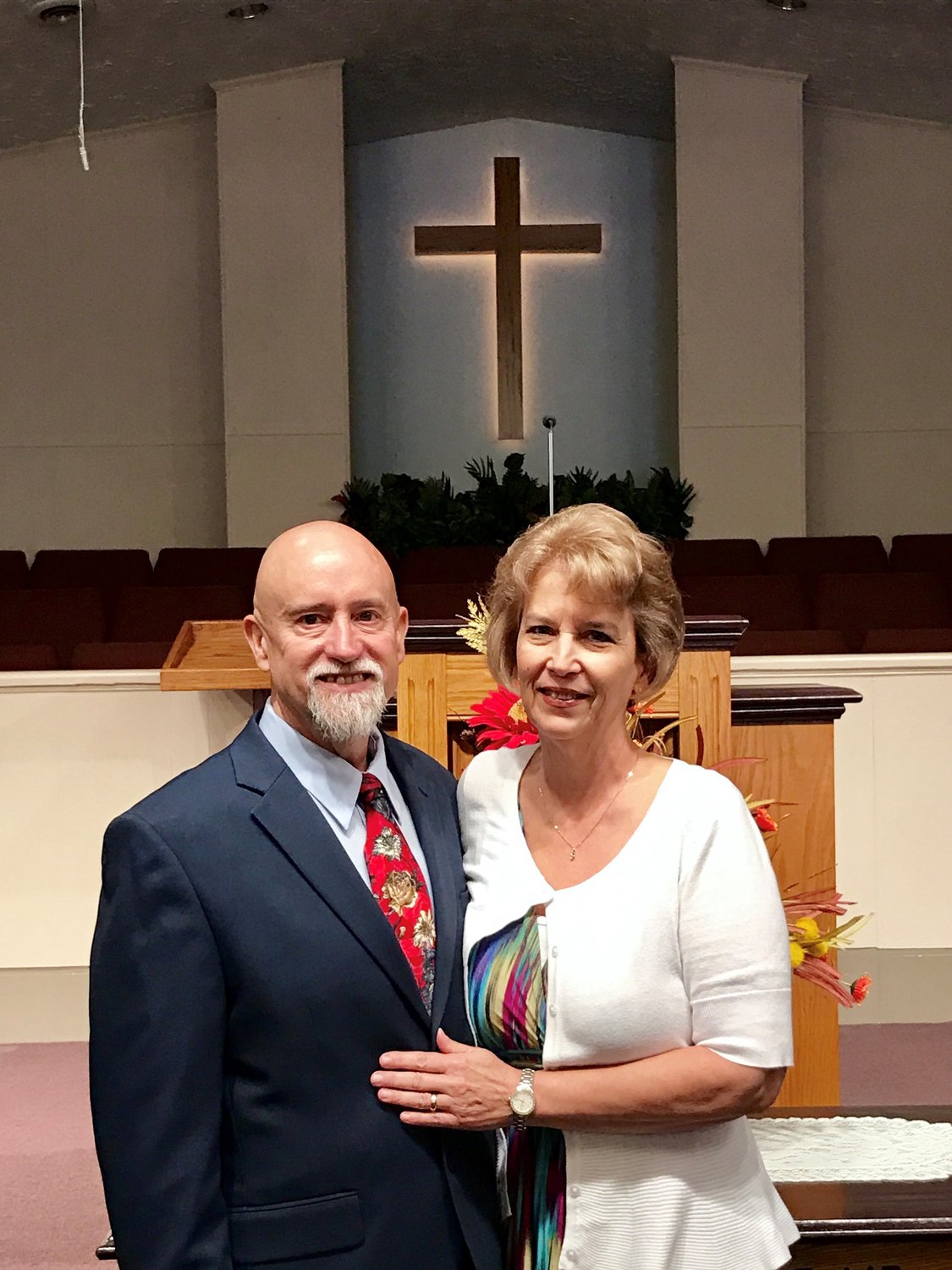 Joey and Nancy Seabolt pose for a photograph at Philippi Baptist Church. 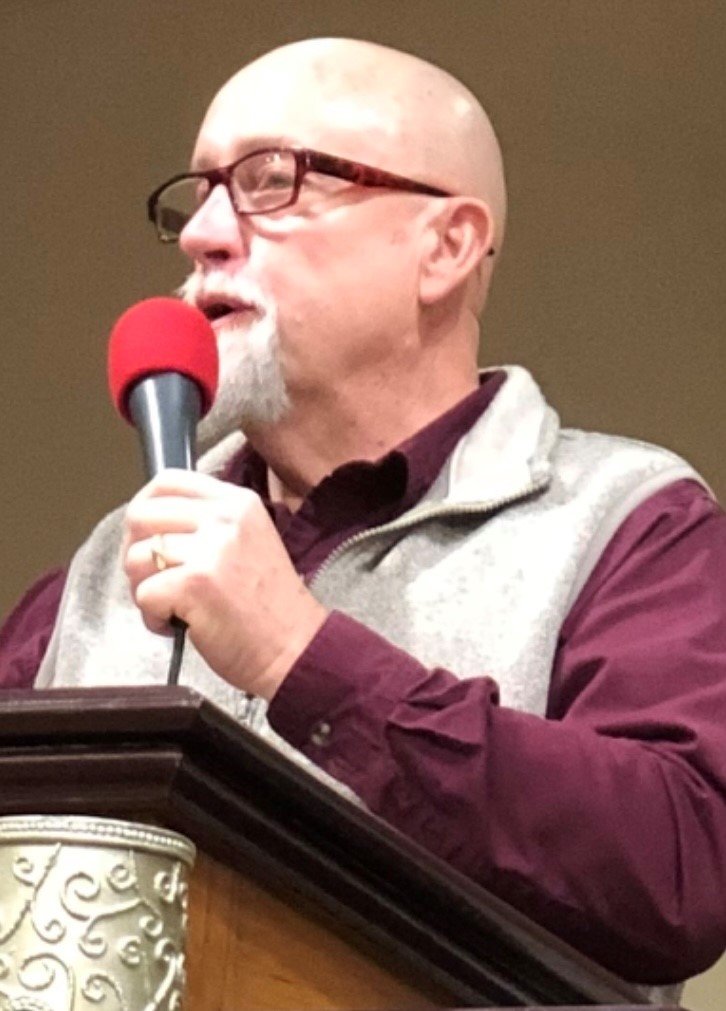 Pastor Joey Seabolt speaks to his congregation in Locust Grove, Ga.
Previous Next
Posted Friday, January 21, 2022 9:42 am
By ROGER ALFORD, The Christian Index

LOCUST GROVE, Ga. – Joey Seabolt has been described as “a loving pastor,” “a gospel-centered preacher,” and “a faithful servant.”

The 65-year-old Georgian describes himself as “just a country boy who loves Jesus.”

Seabolt has retired after more than 45 years in ministry, 29 years of which were as senior pastor at Philippi Baptist Church in Locust Grove. He wrapped up his time there last Sunday with a bittersweet day of celebration and sadness for the congregation south of Atlanta.

“Joey Seabolt has been a faithful servant for the Lord throughout his ministry,” said Tim Williams, an evangelism consultant for the Georgia Baptist Mission Board. “He has a great heart for God’s people, evangelism and missions.  I’ve had the opportunity to serve with Joey in many revival services, mission trips and camps. He and his wife Nancy have loved the people at Philippi Baptist Church. I look forward to seeing what God has in store for him in the future.”

Seabolt said he worked through a range of emotions as he wrapped up his ministry at Phillipi, which happens to be the church where he grew up and where he was called into ministry at age 17.

“There have been just so many great memories,” he said. “It has been a blessing to be honored and remembered by the people I’ve ministered to, and to realize I have been able to impact the lives of so many people. The church has really been a blessing to me and my family.”

Records from the Georgia Baptist Mission Board show the level of Seabolt’s impact, especially in the 175 baptisms reported during his tenure.

Seabolt has served in a number of roles in the Southside Baptist Network, including on the stewardship team, missions team, and as moderator. He also has served on the executive committee of the Georgia Baptist Mission Board. He has done short-term missions in India, Malawi and the Philippines. And he has served on the board of directors of the Pregnancy Resource Center of Henry County and as volunteer chaplain for the Henry County Police Department.

Gentry said Seabolt has worked closely with fellow pastors, always being helpful and encouraging to them.

“He and his sweet wife, Nancy, have been so supportive all through the years,” he said. “They are a wonderful ministry team.”

“Like many young folks, others knew it before I did, but, when it became clear to me, I surrendered my life to the ministry,” he said.

A talented soloist, Seabolt served in music ministry and youth ministry in a couple of churches before being called to Phillipi as an associate pastor in 1984 and senior pastor in 1992.

“I’ve been going through all my files, and seeing records of all the funerals and weddings that I have done over the years,” he said. “You don’t know how much of a role you’ve played in people’s lives until you start packing things up. There has been a lot of emotion there.”

Retirement means the Seabolts will be able to spend more time traveling and visiting with their three grown children and seven grandchildren. Once they’re settled into retirement, Seabolt said he will consider doing interim pastorates.

“One of the greatest rewards of all those years in ministry, aside from seeing people come to Christ, has been seeing people grow in their faith and ministries,” he said. “To be a part of that is what it’s all about. It’s very rewarding.

“Sometimes, pastors don’t realize the influence they’ve had on people’s lives. When you reach retirement and look back, you realize it goes much farther than you ever dreamed.”