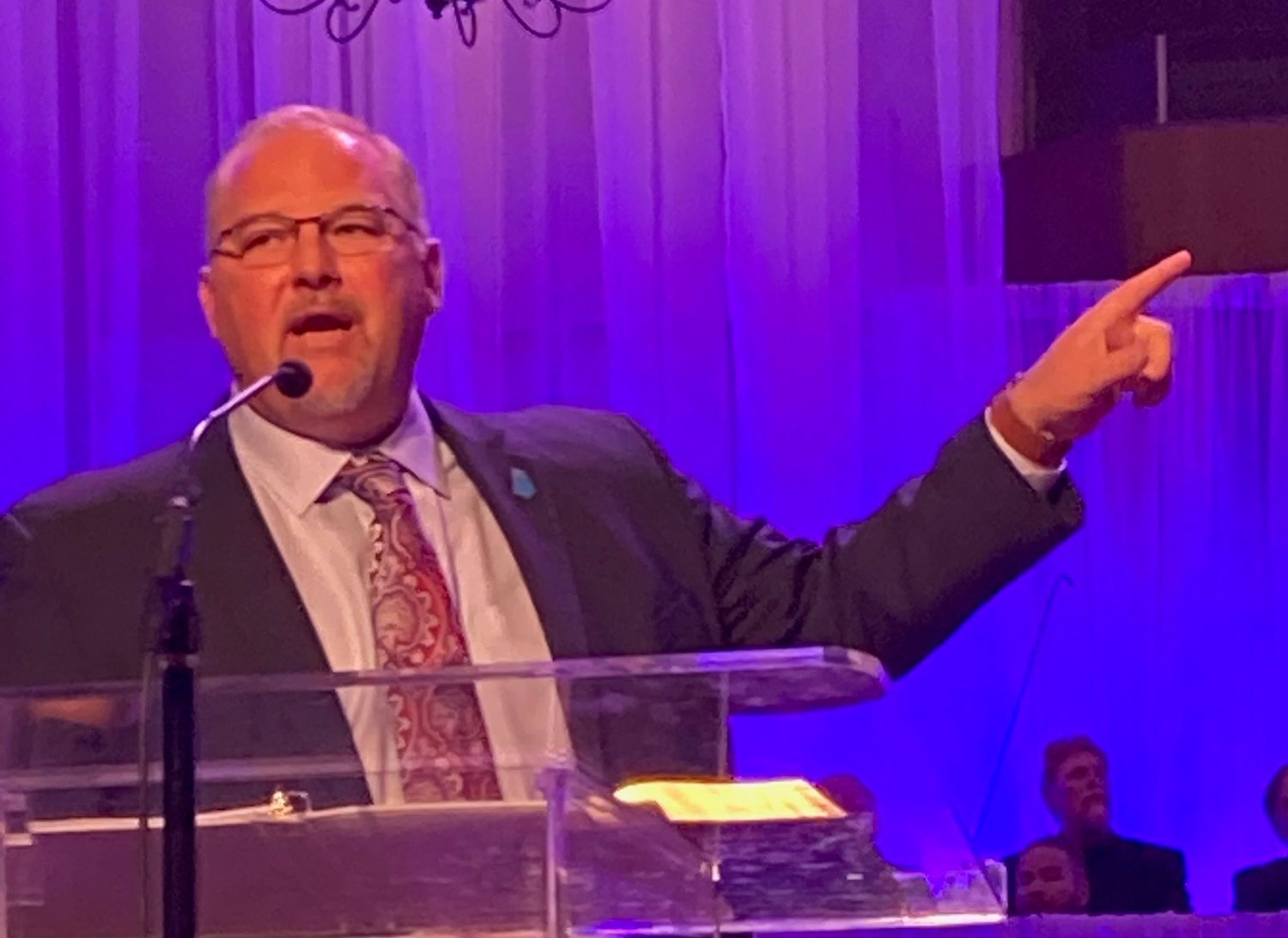 Kevin Williams, pastor of First Baptist Church of Villa Rica, has been re-elected to a second term as president of the Georgia Baptist Convention. (Index/Roger Alford) 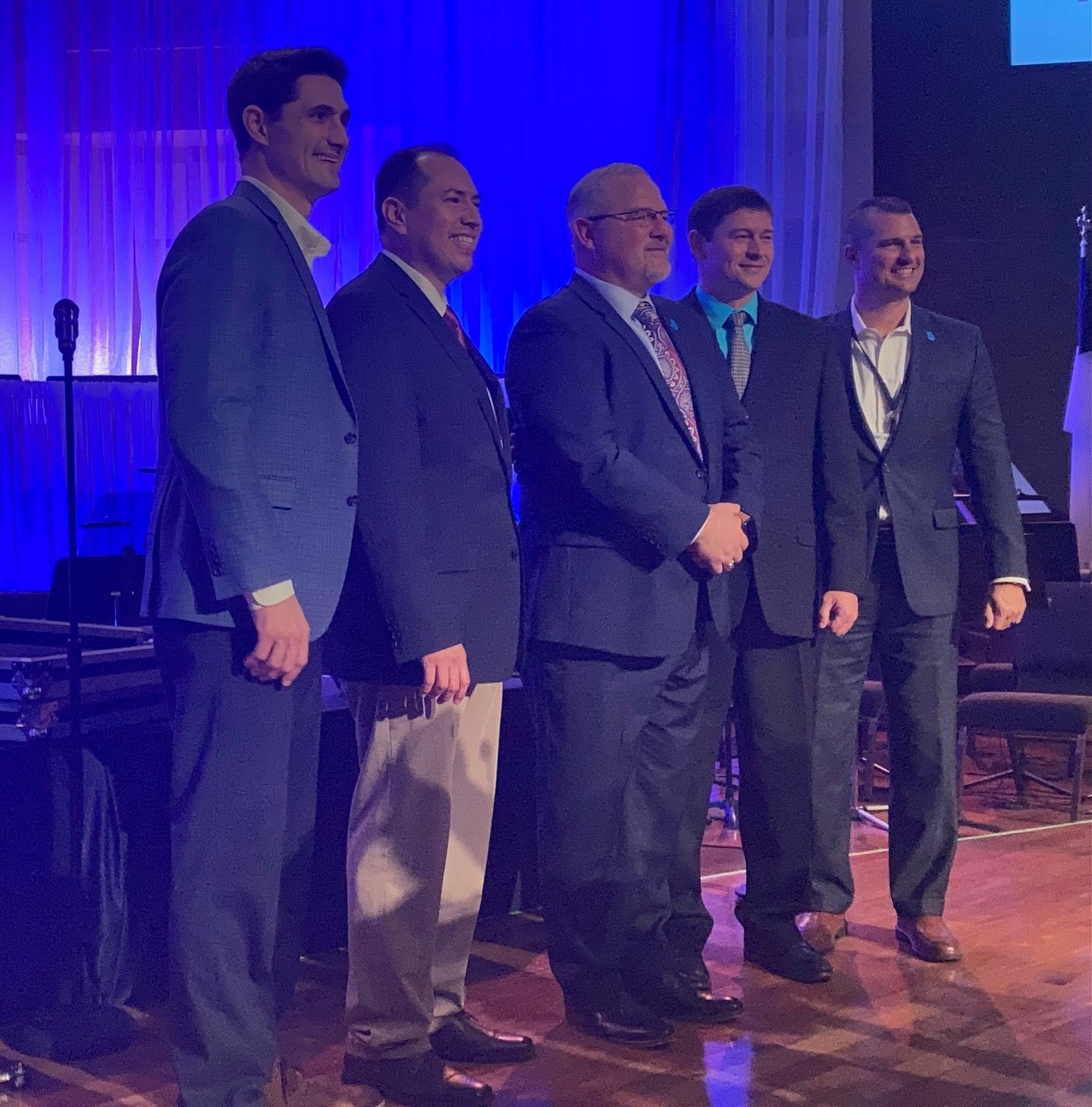 JONESBORO, Ga. – Kevin Williams will serve a second term as president of the Georgia Baptist Convention, having drawn no opponent for the position at an annual meeting held Monday and Tuesday at First Baptist Church of Jonesboro.

Because he was the lone candidate, Williams was elected by acclamation, receiving boisterous applause from nearly 1,000 messengers.

Williams, pastor of First Baptist Church of Villa Rica, has become widely known in Georgia and beyond for his leadership in promoting missions not just amid his own congregation but across the state and beyond.

A trustee with the International Mission Board, Williams made missions involvement the centerpiece of his first year in office and he plans to continue that in his second year.

In his presidential address on Tuesday, Williams noted the hardships churches have faced over the past two years amid a global pandemic and urged them to look beyond the public relations crisis facing the Southern Baptist Convention at the national level.

“This journey was never meant to be easy, and it definitely has some potholes along the way,” he said. “We must get back to the main thing: reaching people with the gospel of Jesus Christ.”

Williams was nominated by his children, Austin, Zach, Grace and Hope, all of whom gushed on him for his passion for preaching, for evangelism, and missions.

“He knows how to lead and that’s why we believe he’s perfect for the role of Georgia Baptist president,” said Austin Williams, who serves on the staff at First Baptist Villa Rica.

After completing two degrees at Southwestern Baptist Theological Seminary, Walker remained at the seminary as director of admissions and was later promoted to dean of students, vice president for student services, adjunct professor and assistant professor of preaching. During that time, he also served as a pastoral associate at Tate Springs Baptist Church in Arlington.

Valter, a native of El Salvador, is a bi-vocational missionary and church planter under the banner of the North American Mission Board. He is also a member of the administration board of the Gwinnett Metro Baptist Network and one of the 10 leaders of the Hispanic Baptist Pastors Leadership Team in North Georgia working in concert with the Georgia Baptist Mission Board.

The Stone Mountain church Valter serves was planted just before the COVID-19 pandemic swept through the nation. Despite the pervasive virus the church has survived and steadily grown with 18 adults and 3 children placing their faith in Jesus Christ.

When Moore became the pastor at New Providence 14 years ago the church was averaging 45 people in Sunday morning worship. The church began to grow immediately and now averages more than 400 in worship and has been named in the top 100 churches in baptisms for five consecutive years.

Under Moore’s leadership New Providence completed the construction of a new worship center in 2015 without having to borrow any money.

In addition to sponsoring missionaries around the world, the church gives 7 percent of their overall budget to the Cooperative Program.
___

Since 2017, under Parker’s leadership, First Baptist Kingsland has baptized 165 people and added 241 new members and has regularly been numbered among the top 100 churches in baptisms in Georgia.

Parker’s church supports the Cooperative Program and is engaged in missions across the U.S. and internationally with short-term trips to Guatemala, Haiti, Honduras, Nepal, Crete and Paris, France.

Marie Still has 197 reasons to be thankful this holiday season

Young, Hawks stop 3-game skid with 125-108 win over Magic
ORLANDO, Fla. (AP) — Trae Young had 30 points and 14 assists and the Atlanta Hawks snapped a three-game losing streak with a 125-108 win over the Orlando Magic on Wednesday night. Dejounte Murray added 27 points and Clint Capela finished with 20 points and 12 rebounds after a dominating first quarter in which Atlanta built an 11-point lead.

New 'dirty dozen' report highlights how Georgians have acted to protect state’s waterways
ATLANTA – Growing up, Linda Smith enjoyed swimming in the Canoochee River and resting on one of its white sandbars near her family home. But by the 1990s, she and her family could no longer swim there because the water was covered with a thick, dark algal bloom – the product of runoff from Claxton Poultry, a chicken processing facility located upstream.

Messi and Argentina advance at World Cup, beat Poland 2-0
DOHA, Qatar (AP) — Lionel Messi will grace the World Cup stage at least one more time. The Argentina great had a penalty saved but his team still beat Poland 2-0 after second-half goals from Alexis Mac Allister and Julian Alvarez and advanced to the last 16. Argentina finished in first place in Group C to set up a match against surprise qualifier Australia. Poland also advanced despite the loss.
© Copyright 2022 The Christian Index | Copyright/Terms of Use
Powered by Creative Circle Media Solutions