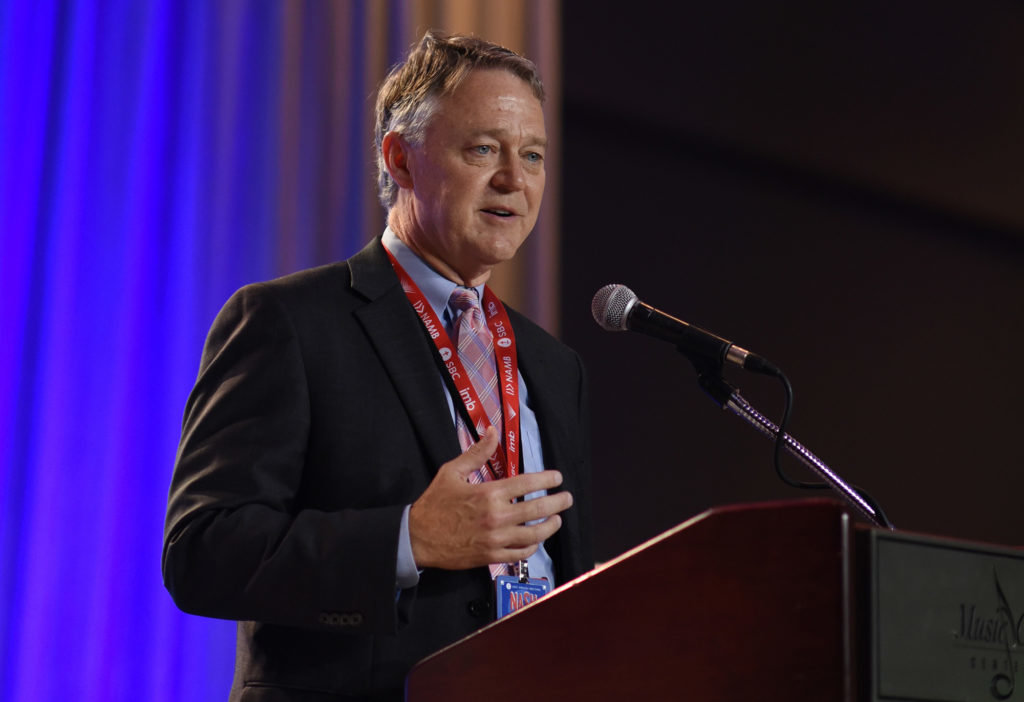 NASHVILLE (BP) – Jeff Pearson’s tenure as chief financial officer of the SBC Executive Committee will come to an end Feb. 15. Pearson made the announcement to EC Chairman Rolland Slade in a letter on Tuesday.

In the letter, Pearson was adamant in his support for the current investigation of the Executive Committee amid allegations of mishandling claims of sexual abuse and cited the changing landscape at the EC for his departure.

Slade called the resignation unexpected and noted Pearson “is a man of tremendous integrity who has served the SBC and the SBCEC with distinction over these last 15 months,” adding: “Jeff has been an inspiration as a servant leader and demonstrated who he is in Christ.”

Pearson led the rapid response in relocating the 2021 SBC Annual Meeting in Nashville due to a change in COVID-19 restrictions. The venue shifted from the Gaylord Opryland Resort & Convention Center to the Music City Center just 70 days before the meeting which drew nearly 20,000 people.

Lynn Richmond, EC meetings and events manager, said Pearson has been “above reproach” and has “empowered us to do our jobs to the best of our abilities.”

Pearson shared with the staff Tuesday that his decision to remain in the post until Feb. 15 stems from his “personal conviction that a CFO of integrity should not leave an organization at the end of a fiscal year but remain until the external audit is finished.”

The first draft of the EC audit was presented to EC officers on Monday.

The auditor’s final report will reflect any impact brought on by Guidepost’s investigation.

“The staff work is done, and the auditors are determining the nature of the opinion and any notes related to the investigation and the waiver of attorney-client privilege,” he said.

Pearson further noted a commitment to see through the initiation of the review by Guidepost Solutions approved by messengers at last year’s annual meeting. All requested documents have been submitted to the organization, he stated, and interviews with EC staff have either occurred or been scheduled.

Pearson was named to the position on Sept. 22, 2020, after serving 24 years at St. Jude’s Children’s Research Hospital in Memphis, 15 years as CFO. A transition process began the following month alongside his predecessor, Bill Townes, who retired at the end of that year.

Pearson expressed hope for the SBC’s future. “My prayer is the Southern Baptist Convention will find a way forward,” he said, “producing recovery, reconciliation and healing so we can once again turn our full focus to the work of the Great Commission.”